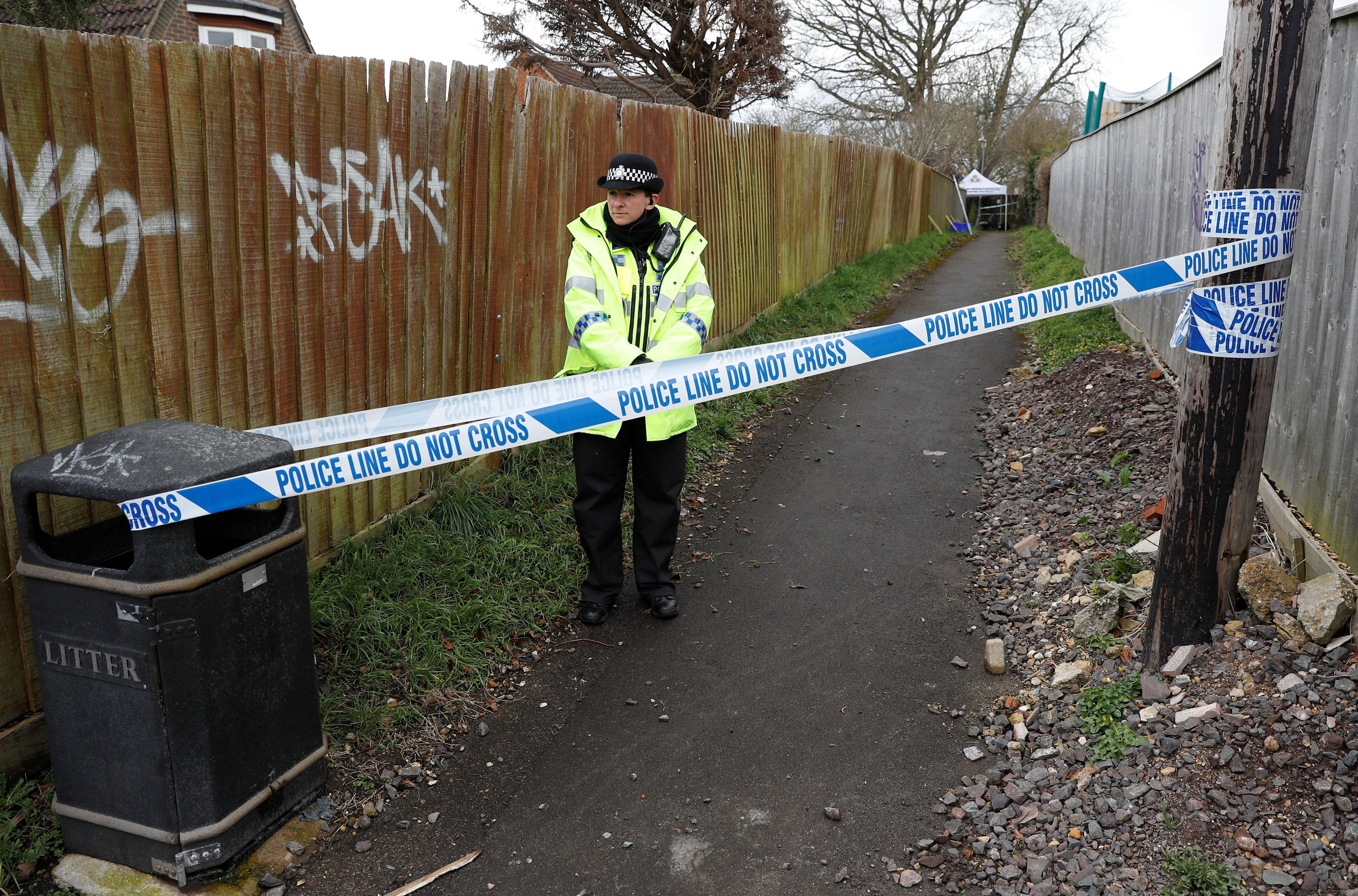 British security forces believe they have found the Russian lab that made the nerve agent novichok, which was used in the attack on ex-spy Sergei Skripal and his daughter in Salisbury on March 4, the Times of London reported Wednesday. Security sources told the London newspaper that while they are not 100 percent certain, they have a "high degree of confidence in the location."

A government source told the Times that security forces "knew pretty much by the time of the first Cobra [the emergency co-ordination briefing that took place the same week] that it was overwhelmingly likely to come from Russia."

Security sources told the Times they believe Russians conducted tests to see whether novichok could be used for assassinations.

The international chemical weapons watchdog on Wednesday rejected Russia's call for a joint investigation into the Salisbury poisoning. But Russia said the number of countries that abstained from the vote suggested many have doubts about Britain's allegations that Moscow was behind the attack and now plans to take its denials of involvement to the U.N. Security Council.

Britain said Russia's proposal for a joint investigation received only six votes at a special session of the executive council of the Organization for the Prohibition of Chemical Weapons. The council has representatives from 41 countries.

Russia requested the session in The Hague, Netherlands, to push its repeated rejection of Britain's claim that Moscow orchestrated the poisonings of Sergei Skripal and his daughter, Yulia. The British government has invited experts from OPCW to help identify the substance that sickened the Skripals on March 4.

"The purpose of Russia's ludicrous proposal at The Hague was clear - to undermine the independent, impartial work of the international chemical weapons watchdog," British Foreign Secretary Boris Johnson said in a statement.

Russia's OPCW envoy Alexander Shulgin said the 17 abstentions from Wednesday's vote meant "more than half of the members of the executive council refused to support the U.S. and U.K. position."

The United States and more than two dozen British allies have expelled more than 150 Russian diplomats in a show of solidarity over the attack. Moscow has responded in kind.

Russia's U.N. ambassador called for an open meeting Thursday of the U.N. Security Council about the case. Ambassador Vassily Nebenzia made the request at the end of his speech Wednesday to a council meeting on chemical weapons in Syria.

Russia requested the Security Council meeting because it shares the principle that the use of chemical weapons "is not acceptable and must be investigated and perpetrators punished," Nebenzia said.

At the special meeting in The Hague, Russia and Britain traded accusations of duplicity and untrustworthiness.

The British envoy said that a joint investigation, as proposed by Russia, would force "a victim to engage the likely perpetrator."

"To do so would be perverse," acting U.K. Permanent Representative John Foggo said, adding that Moscow's demand showed "disdain."

But Russia complained that Britain's work with the agency has lacked transparency.

"Russia, as well as other states that are members of the executive committee, have been pushed aside from this investigation," Shulgin told reporters.

"They tell us that they can inform us of the results of this investigation ... only with the good will of Great Britain," Shulgin said. "But, knowing how our so-called partners have conducted themselves, we are not going to count on their good will."

The United States and many of Britain's European allies have supported the U.K. in assigning blame for the poisonings to Russia. Moscow has worked strenuously to undermine the allegation and pressured Britain to provide evidence backing its claim that Russia was responsible.

A spokeswoman for the Russian Foreign Ministry said Wednesday that Britain needed to provide information about the pets that lived in Sergei Skripal's house in Salisbury, England.

Wednesday that Russia has reliable information that there were pets in the Salisbury residence of Sergei Skripal.

"Where are the pets? What is their condition?" ministry spokeswoman Maria Zakharova said. "This is about living creatures, and if a toxic chemical agent was indeed used in their house, these living creatures should have been hurt."

The chief of Britain's defense research lab, the Porton Down laboratory, acknowledged Tuesday it has not been able to pinpoint the precise source of the nerve agent.

Gary Aitkenhead said scientists there identified the substance used on Sergei and Yulia Skripal as a Soviet-developed nerve agent known as Novichok. But he added "it's not our job to say where that was actually manufactured."

The British government says it relied on a combination of scientific analysis and other intelligence to conclude that the nerve agent came from Russia.

Britain is standing by its assessment, but the Foreign Office on Wednesday deleted a tweet from last month saying Porton Down scientists had identified the substance as "made in Russia."

Still, Russian President Vladimir Putin had quickly seized on Aitkenhead's comments as proof that British accusations against Russia were baseless. He noted that at least 20 other nations now have the capacity to produce Novichok.

Asked Wednesday if Russia expects an apology from Britain, Putin said "we are not expecting anything like that."

"We are just expecting reason to prevail so that international relations don't sustain damage like what we have seen recently," he said after a summit in Ankara, Turkey.

"This not only concerns the assassination attempt on Skripal, but also all other aspects of international relations," he said. "We need to work within the framework of sound political processes, founded on fundamental norms of international law, and this will make the world a more stable and predictable place."

Skripal, a former Russian military intelligence officer, was convicted of in Russia of spying for Britain. He was released from a Russian prison as part of a spy swap with the West.

His poisoning has plunged relations between the West and Russia to their lowest ebb since the Cold War.

Meanwhile the 28-nation European Union, of which Britain is still a member, lamented Moscow's refusal to give information to Britain that would shed light on who wanted to kill Skripal.

"Instead, we witnessed a flood of insinuations" targeting several EU member states, envoy Krassimir Kostov of Bulgaria said at the meeting in The Hague.