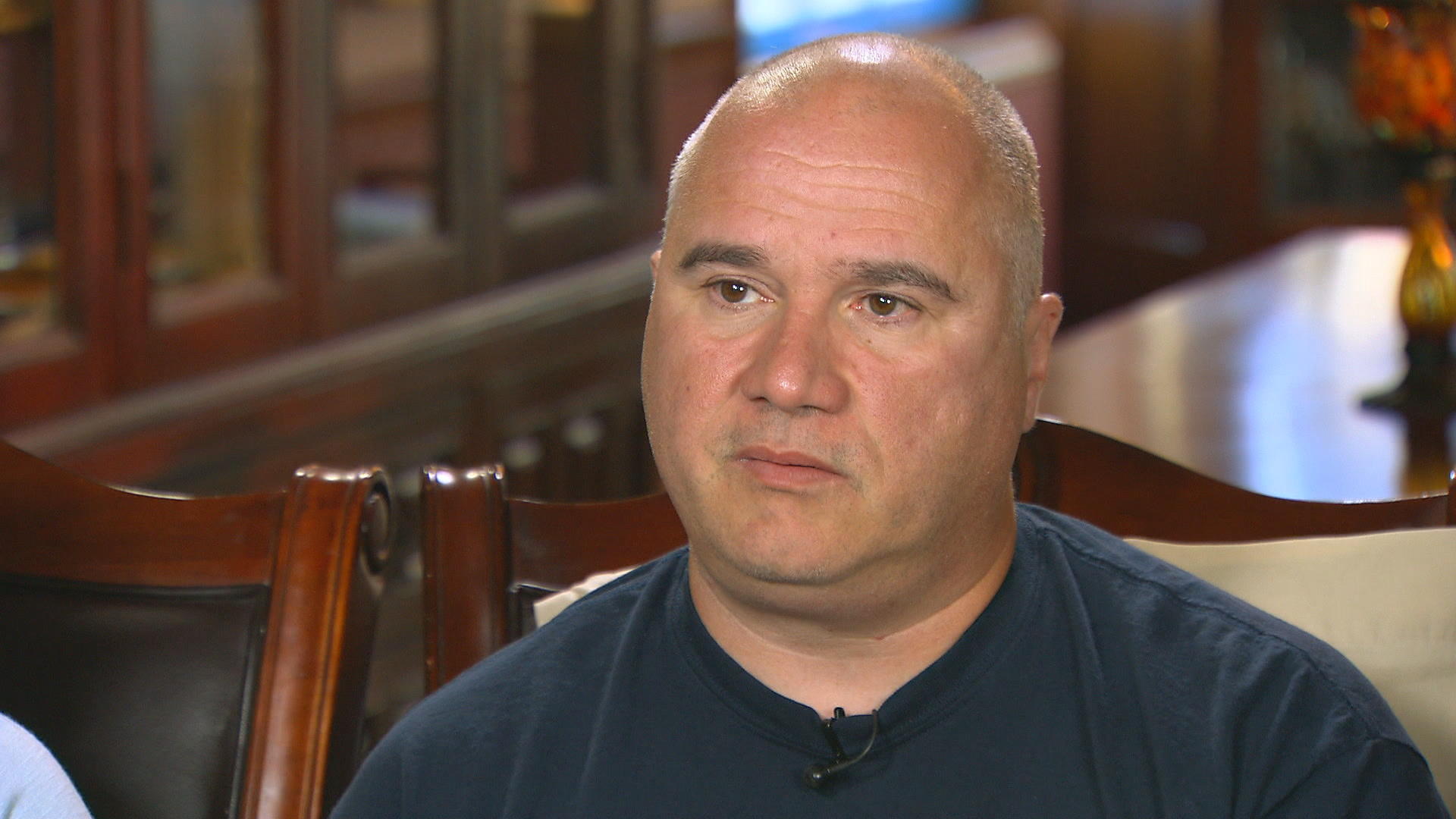 Sunday marks 15 years since the Sept. 11 attacks. Even today, the number of victims continues to rise.

More than 5,000 cases of cancer have been linked to the toxic dust workers encountered in lower Manhattan after the attacks. One of the heroes now fighting for his life is Sal Turturici, an EMT with the New York Fire Department.

Turturici spent months after the attacks working in the rubble during the recovery effort. Every September 11 since, he’s paused to remember others, keeping them in his prayers.

Now, in a cruel twist, Sal is the one who needs the prayers, reports CBS News correspondent Jim Axelrod.

The diagnosis came in October, when doctors said the sudden pain in Sal Turturici’s stomach was cancer, attacking several organs at once.

“They said that the cancer was in him for approximately seven years. And I – I can’t believe it,” Wendy Turturici said. “Seven years it’s been in him. Not a pain.”

“Yeah, I didn’t have any kind of…” Sal began talking before his wife added, “Blood test, nothing.”

After multiple surgeries, doctors are now telling the father of three there’s little they can do.

The federal government’s World Trade Center Health Program has linked Turturici’s condition to the toxins he faced at ground zero. He joins a growing list of responders who’ve fallen ill, long after the attacks.

Even as Sal saw people get sick in the aftermath of the 9/11 attack, he said he was never worried.

Dr. Michael Crane has given it plenty of thought. He runs nine the 9/11 Health Program Clinic at Mount Sinai Hospital in New York.

Among the nearly 75,000 responders and survivors health officials are monitoring, they’ve certified more than 5,400 patients with 9/11-related cancers. According to Dr. Crane, that number continues to rise.

“Here at Sinai, we see 10 to 15 new cancer patients in our population every week,” Crane said.

“Per week,” Crane stressed. “Each week. I’ve been in medicine for 40 odd years. It’s remarkable.”

Responders who died from illnesses after the attacks aren’t among those listed at the National September 11 Memorial, but a former ground zero construction worker is keeping track at his own memorial 45 miles away.

“We’re 15 years removed from 9/11. We are out of sight, out of mind,” said John Feal, founder of the FealGood Foundation.

Feal adds new names every year to his wall on Long Island.

“Sal, like the others, was a warrior and still is. And he is fighting the good fight,” Feal said. “And listen, we are hoping for a miracle, but reality dictates that Sal Turturici goes on this wall.”

Reality is sinking in here on Staten Island, where the Turturicis say they’re doing what they can while they make memories for their children.

“And remember, you’ve got to remember,” Sal said. “Remember that this is what happened. This is the history, this is our legacy. They died and we’re dying, and hopefully that, you know, that you think about us and remember us and keep us in your prayers.”

Early studies have found 9/11 responders may have about a 10 to 30 percent higher risk of cancer than the general population. But according to doctors, there’s still a lot of research that needs to be done to understand exactly why this is happening.

Late last year lawmakers passed a measure to spend more than $8 billion for health and compensation benefits to 9/11 survivors and responders.

Some 9/11 families "outraged" over potential plea deals for defendants