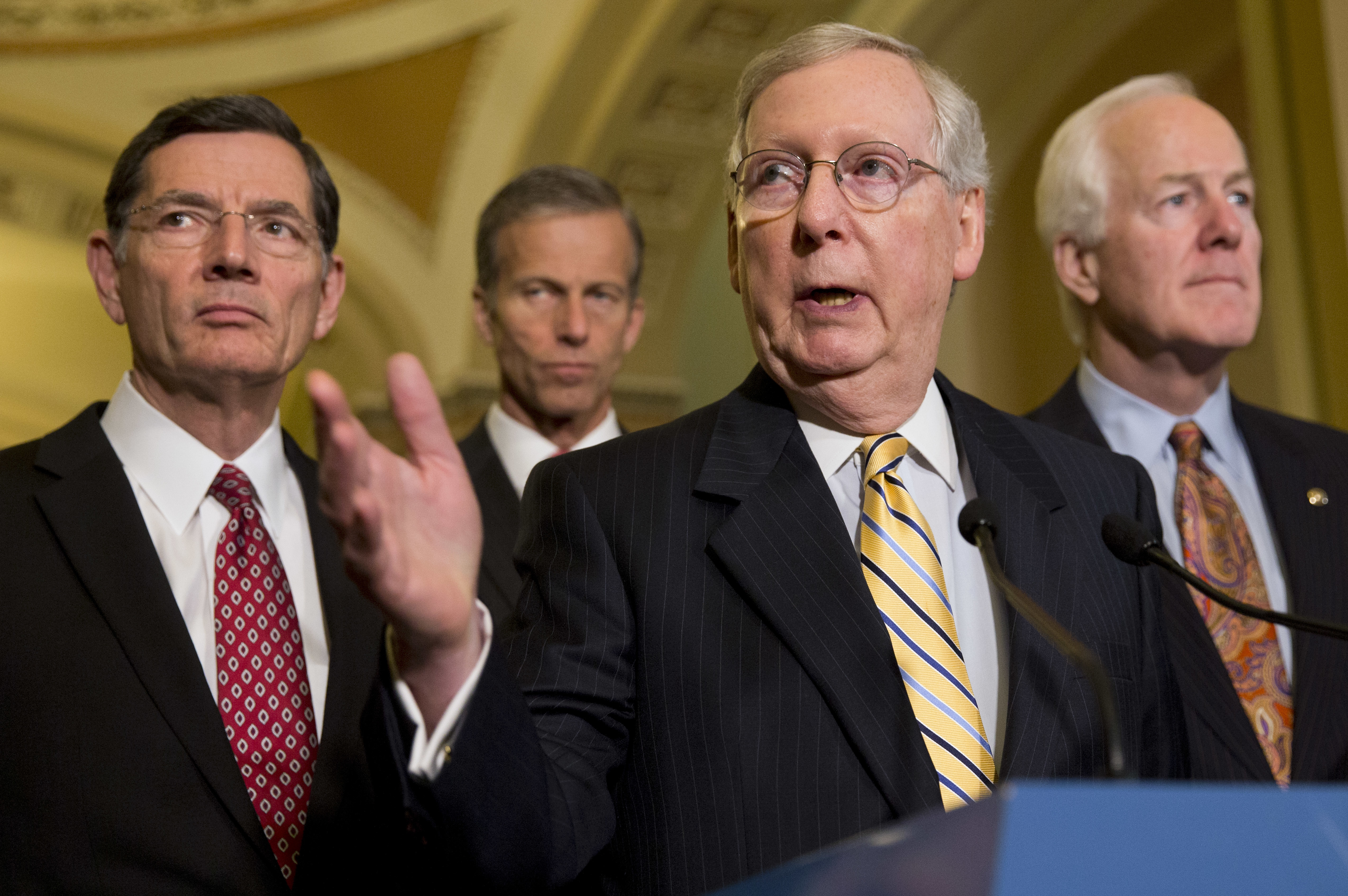 The Senate is scheduled to vote Monday on a series of gun-related proposals in the wake of the Orlando shooting attack.

One of the bills was offered by Sen. Dianne Feinstein, D-California, after the shooting in San Bernardino last December. It would ban people who are on the government's no-fly list from being able to buy a gun. Sen. John Cornyn, R-Texas, has offered an alternative that would provide due process by allowing the government to delay a gun sale to a suspected terrorist for 72 hours, but it would require prosecutors to go to court to permanently block the sale, according to the Associated Press.

All of the measures are expected to fail.

Since the attack early Sunday that left 49 people dead and 53 wounded, Democrats on Capitol Hill have been demanding that Republicans take action on guns since the shooter used an AR-15-style rifle and a semi-automatic pistol during the attack.

The Senate last voted on gun proposals in early December after San Bernardino, but none crossed the 60-vote threshold needed to advance. Lawmakers, for example, rejected Feinstein's proposal in a 45-54 vote at the time. Democrats would only need 15 more votes in order to get it through the chamber now.

In the House, meanwhile, Speaker Paul Ryan, R-Wisconsin, signaled Thursday that he has no plans to hold gun-related votes anytime soon.

Ryan said that legislation such as the Democrats' no-fly, no-buy legislation that would bar people on the no-fly list from being able to buy guns "could actually blow ongoing terrorist investigations."

"Let's make sure that we are not infringing upon a law-abiding citizen's Second Amendment rights," he added.

On Monday evening, Democrats shouted down Ryan in the chamber following a moment of silence for Orlando as they demanded votes on gun control legislation.