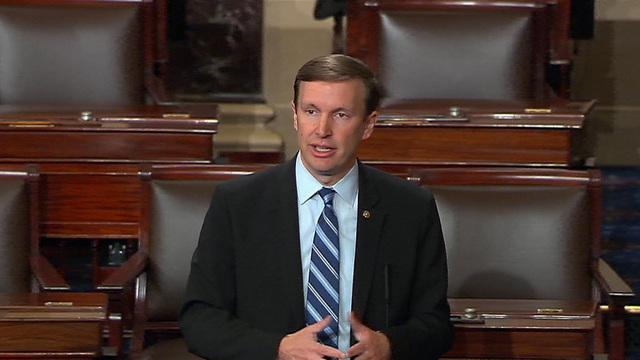 Connecticut Democratic Sen. Chris Murphy says that his filibuster was successful and that he is "hopeful" the Senate will vote on legislation to keep guns out of the hands of people on the terror watch list "either at the end of this week or next week."

Murphy began a filibuster, which blocked the chamber from taking up any legislation, on Wednesday in response to the devastating Orlando nightclub shooting. Some 14 hours later, at 2:15 Thursday morning, the Senate adjourned after Murphy's office announced that "we have been given a commitment on a path forward to get votes on the floor of the Senate -- on a measure to assure that those on the terrorist watch list do not get guns and an amendment...to expand background checks to gun shows and to internet sales."

Murphy told CBS This Morning on Thursday that his "political instincts" lead him to believe that Republicans will now move on the legislation -- and that his filibuster is part of the reason why.

The Connecticut Democrat said that there were many "tipping points" that lead to his filibuster, including the fact that Congress has passed no knew gun control legislation since the Sandy Hook massacre in his home state. He did, however, acknowledge that the legislation he's pushing now would have necessarily prevented the Orlando attack.

"I think that there's a question is, if this law was in place, would it have been impactful in Orlando? It might have been. And I think that's one of the reasons why it's worthy to go forward."