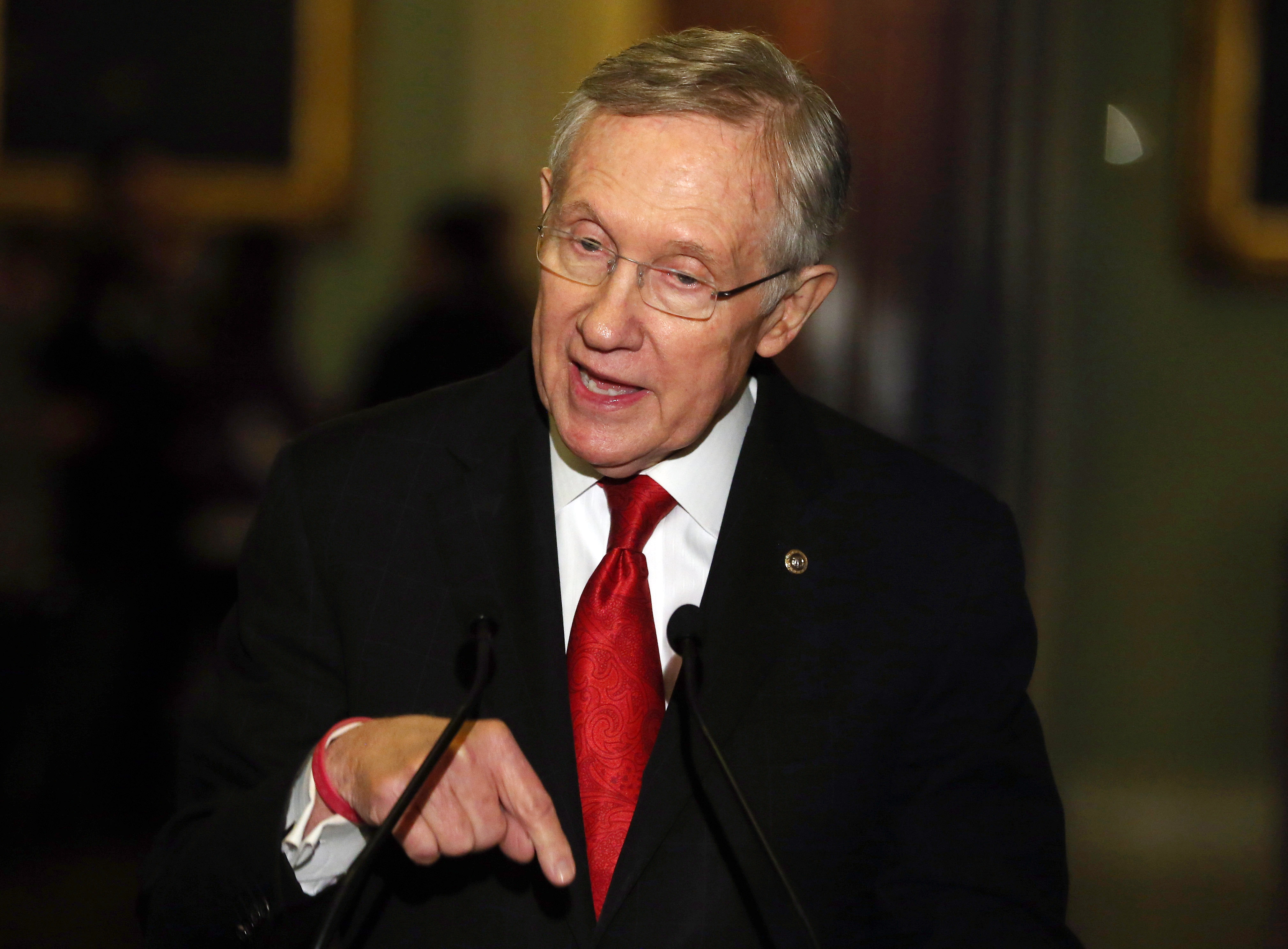 The Senate on Monday overwhelmingly cleared a test vote on their version of a bill to aide Ukraine with loan guarantees and the promise of more sanctions, though the bill won't make it to President Obama's desk in the near future because of an ongoing dispute with the House about whether legislation should contain reforms to the International Monetary Fund (IMF).

The bill, which authorizes a $1 billion loan guarantee to Ukraine, includes both IMF reforms and preparation for further sanctions against Ukrainians and Russians who were involved in the separation of Crimea from the rest of Ukraine. It passed by a vote of 78 to 17.

When it debates the full measure, the Senate could also choose to expand on the sanctions outlined by Mr. Obama last week if it approves an amendment from Sen. Dan Coats, R-Ind., to sanction the state-owned arms exporting agency known as Rosoboronexport. Coats was among the lawmakers banned from Russia by President Vladimir Putin in retaliation for the U.S. sanctions.

"These efforts combined send a message to the world, that the annexation of Crimea will not stand," said Sen. Robert Menendez, D-N.J., who chairs the Senate Foreign Relations Committee. "We are at a dangerous moment in history, with global consequences, and the world is watching."

The IMF reforms being sought by the administration would shift $63 billion in U.S. funding into the IMF's general fund from its crisis fund, which would allow the body to lend more money and increase the representation of emerging countries. The reforms have opposition in both chambers of Congress - particularly in the House, where Speaker John Boehner said they have "nothing to do with Ukraine" - but more Republican senators were willing to accept them in order to speed up passage of the bill.

There were, of course, critics, including Sens. Ted Cruz, R-Texas, Mike Enzi, R-Wyo, Mike Lee, R-Utah, Rand Paul, R-Ky., and Pat Roberts, R-Kan., who wrote to Senate Majority Leader Harry Reid, D-Nev., last Friday to express their concerns that the IMF provisions would undermine U.S. influence at the fund while increasing the amount it needed to contribute.

Menendez defended the IMF reforms before the vote as "a pure win" for the United States because it would not require an increased net cost in U.S. contributions, but would instead collect more money from other countries that could be used to increase the amount of money lent to Ukraine.

"Some countries are happy to see U.S. global influence diminish. Failing to approve the reforms weakens the United States and emboldens our competitors," he said.

Other Republicans in both the House and Senate wanted to tie a delay in implementing new Internal Revenue Service (IRS) regulations to limit the political activities of groups seeking tax-exempt status, which held up a vote on the legislation before last week's Senate recess.

The past delay prompted Reid to attack Republicans ahead of the vote Monday, suggesting that if the U.S. had responded to Russian aggression "with a strong, unified voice" before leaving for the recess, the Russians might not have moved to annex the peninsula.

The House is set to review a proposal Tuesday morning that echoes the Senate legislation but does not include the controversial IMF reforms. The leaders of the House Foreign Affairs Committee, Reps. Ed Royce, R-Calif., and Eliot Engel, D-N.Y., introduced legislation Friday that mirrors the Senate bill, but omits the IMF reforms. The hope is that the measure will bring the two chambers together.

"I'm for IMF reform but if it's going to delay the money to the Ukraine I think it needs to be rethought," House Foreign Affairs Committee Ranking Member Eliot Engel, D-N.Y., said, according to the Wall Street Journal.