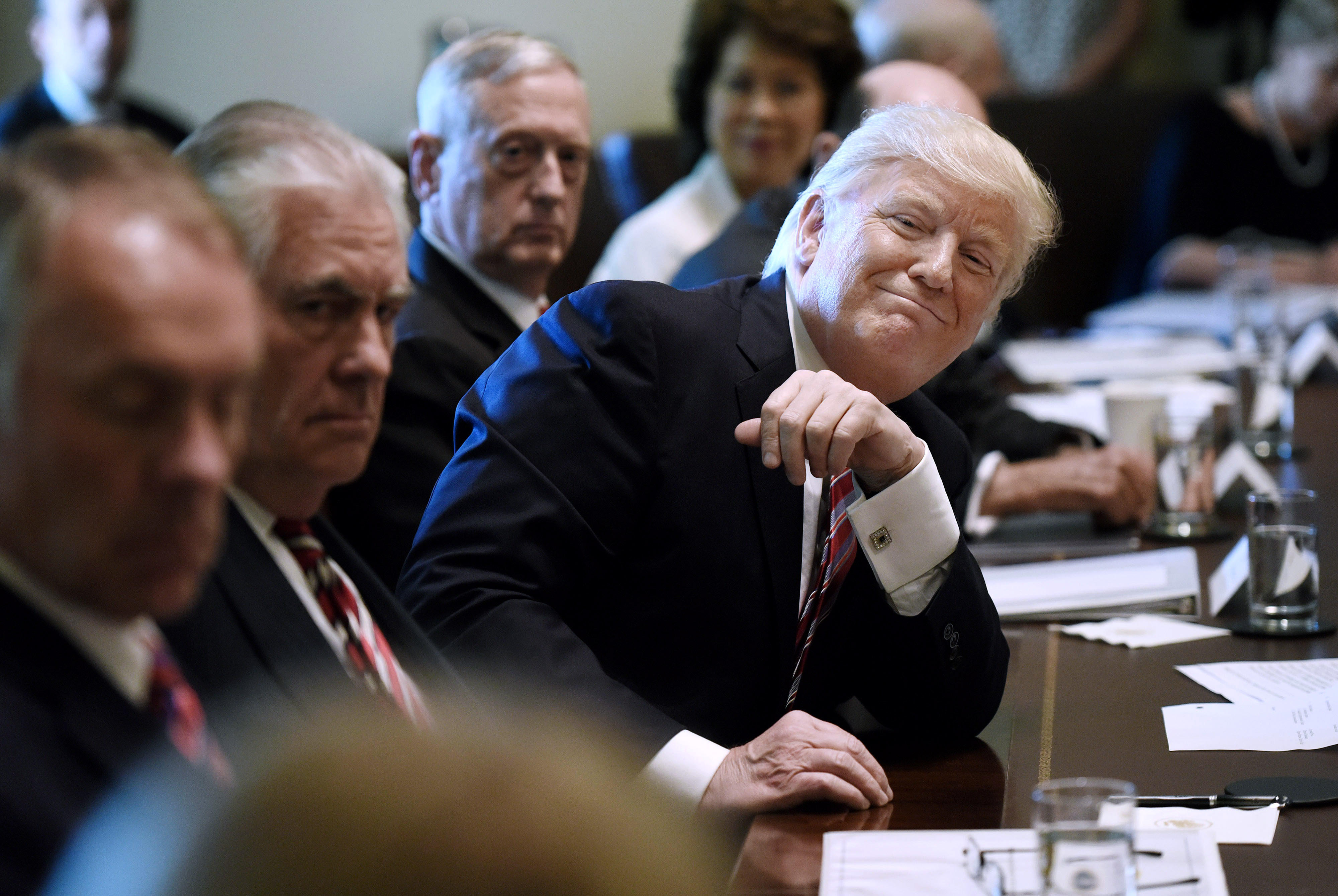 The U.S. Secret Service says it has no records of any recording systems or transcripts of any conversations President Trump may have had in the White House.

The response comes after the Wall Street Journal reported on a May 15th Freedom of Information Act (FOIA) request they submitted to the Secret Service.

"In response to your request, the Secret Service has conducted a reasonable search for responsive records," the agency wrote in a statement responding to the FOIA request. "It appears, from a review of Secret Service's main indices, that there are no records pertaining to your request that are referenced in these indices."

The Secret Service said that they would have no further comments on the matter.

Mr. Trump had tweeted shortly after firing FBI Director James Comey that Comey "better hope that there are no 'tapes' of our conversations before he starts leaking to the press!" Mr. Trump was alluding to conversations that Comey wrote about in a memo released following his termination, alleging the president had pressured him to drop the FBI investigation into former National Security Adviser Michael Flynn.

The mystery surrounding the alleged tapes was thrown back into the public eye during last week's Congressional testimony with Comey, as the former FBI chief told lawmakers in response to their questioning that he had hoped there are tapes of their White House conversation.

In a Rose Garden Ceremony on Friday, Mr. Trump teased reporters that they would hear about the conversations "sometime in the near future," adding: "You are going to be very disappointed when you hear the answer."

Members of the Trump White House have since been mum on any questions about the existence of the recorded conversations between Mr. Trump and Comey.

"The president made clear in the Rose Garden on Friday he'd have an announcement shortly," Spicer added, "He's not waiting for anything, he'll discuss it when he wants."

Spicer did not have an answer when pressed on exactly when the president would be ready to discuss the conversations.

Meanwhile, Deputy Press Secretary Sarah Huckabee Sanders coyly responded to reporter's lines of questioning into the tapes last week, saying she didn't know if any tapes existed, but would try to "look under the couches" to check for any.