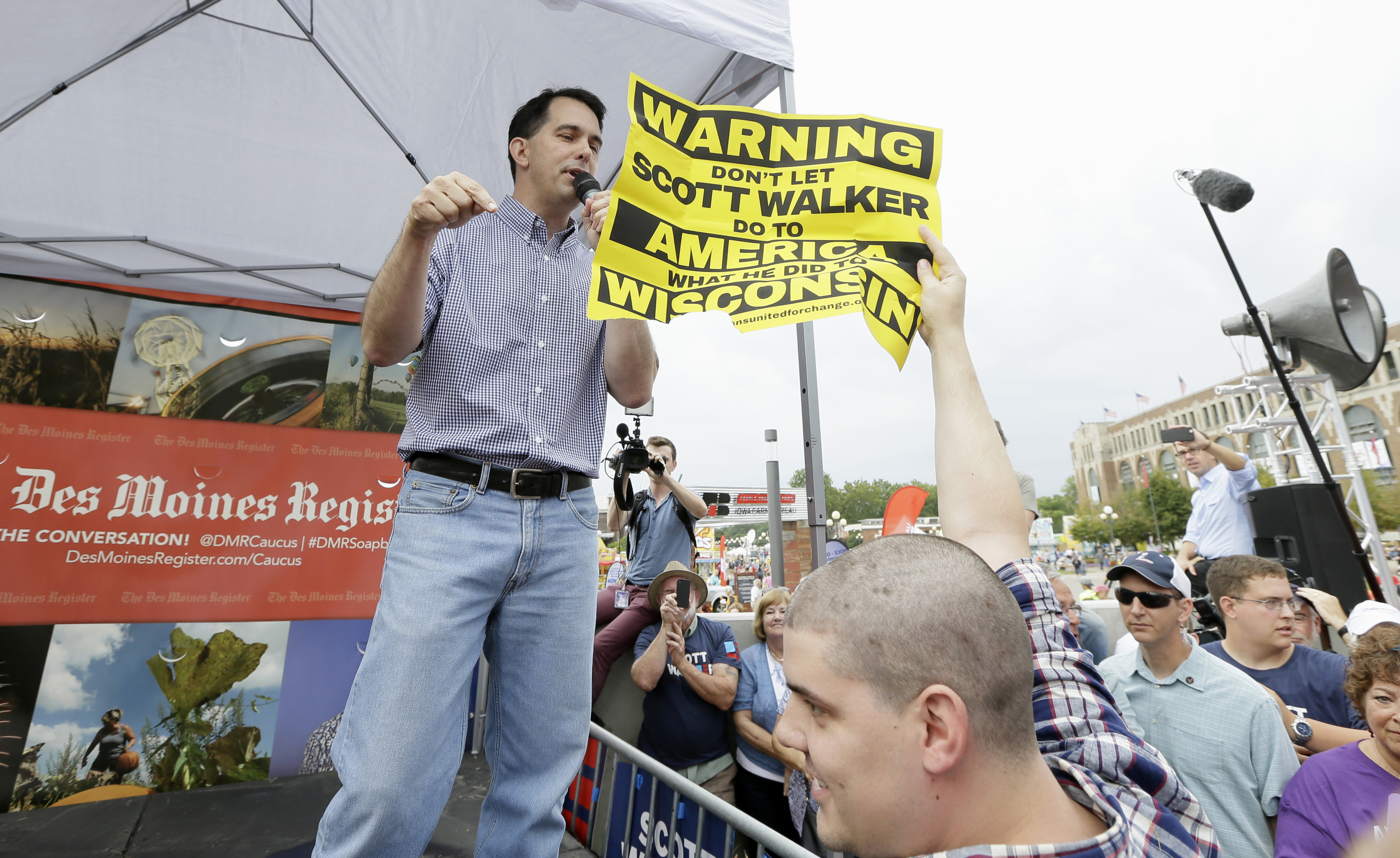 Wisconsin Gov. Scott Walker heard some cheers and jeers from Midwesterners at the Iowa State Fair on Monday, as he gave them the 20-minute pitch for his White House bid.

"I am not intimidated by you, sir, or anyone!" Walker said from the fair's infamous soapbox, where presidential candidates get to engage with an often-raucous crowd in the key early-nominating state. "I will fight for the American people, we will not back down. We will do what is necessary."

A few dozen protesters from Wisconsin drove to the fair to protest their governor's presidential run. "Hell no, he shouldn't be running for president," Wisconsin resident Ciara Fox said after Walker's time on the soapbox. She insisted the governor is "a lot of talk" but has yet to deliver on his promise of more jobs for his state.

Walker has made a name for himself as a staunch conservative willing to take on political foes like unions and stand up for his ideological beliefs. The super PAC backing his campaign is called Unintimidated.

The candidate lived up to that reputation on Monday, withstanding a chorus of boos as he discussed certain policy proposals like repealing the Affordable Care Act. Other lines were met with applause, such as his pitch to lower taxes.

After stepping down from the soapbox, Walker was asked repeatedly by reporters about whether or not he thinks the U.S. should do away with the concept of birthright citizenship and deport children born in the U.S. to undocumented parents.

"What we should do is enforce the law," Walker said without answering the question directly. "If we enforce the law, we're not going to have that problem going forward."