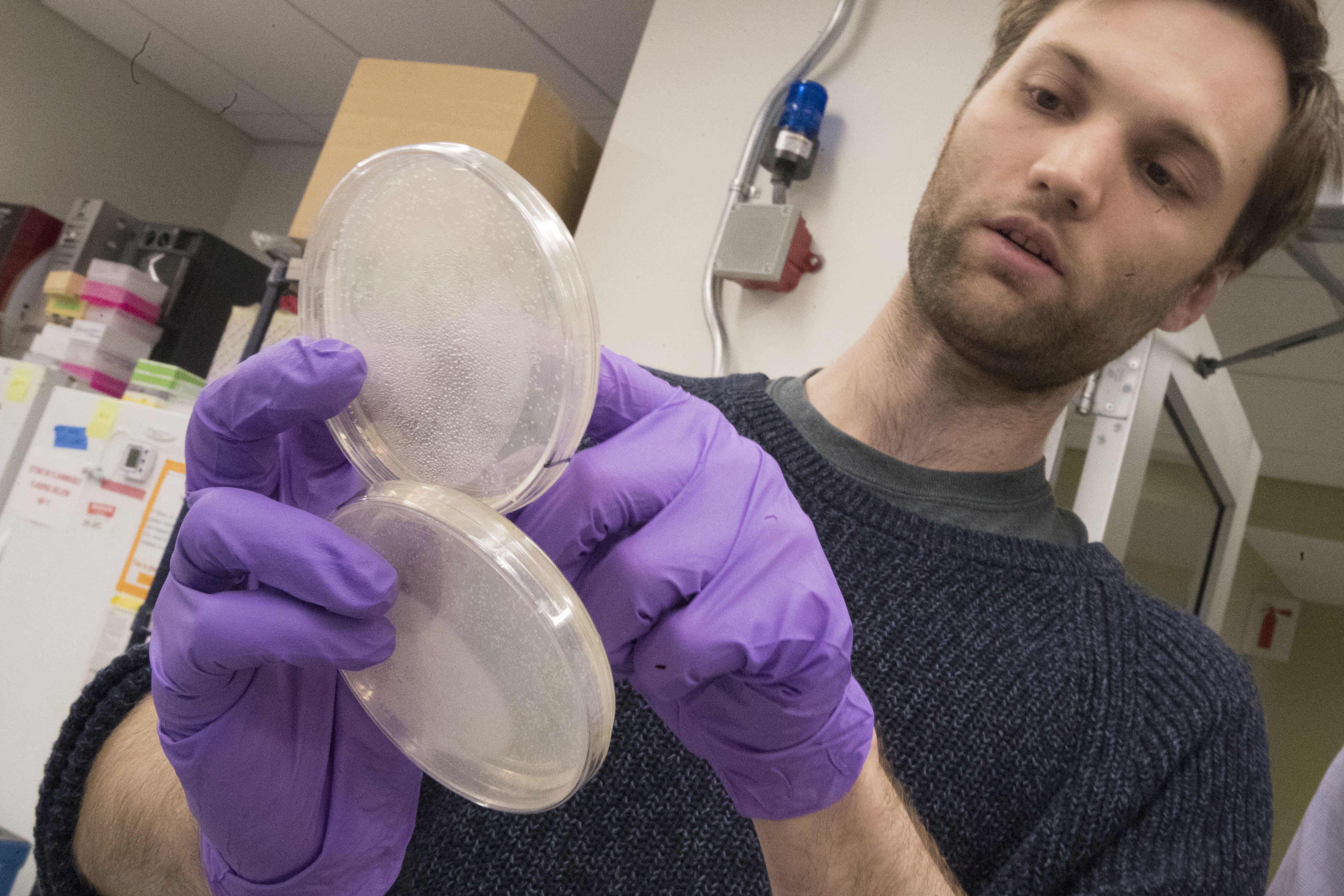 NEW YORK -- At Jef Boeke's lab, you can whiff an odor that seems out of place, as if they were baking bread here.

But he and his colleagues are cooking up something else altogether: yeast that works with chunks of man-made DNA.

Scientists have long been able to make specific changes in the DNA code. Now, they're taking the more radical step of starting over, and building redesigned life forms from scratch. Boeke, a researcher at New York University, directs an international team of 11 labs on four continents working to "rewrite" the yeast genome, following a detailed plan they published in March.

Their work is part of a bold and controversial pursuit aimed at creating custom-made DNA codes to be inserted into living cells to change how they function, or even provide a treatment for diseases. It could also someday help give scientists the profound and unsettling ability to create entirely new organisms.

The genome is the entire genetic code of a living thing. Learning how to make one from scratch, Boeke said, means "you really can construct something that's completely new."

The research may reveal basic, hidden rules that govern the structure and functioning of genomes. But it also opens the door to life with new and useful characteristics, like microbes or mammal cells that are better than current ones at pumping out medications in pharmaceutical factories, or new vaccines. The right modifications might make yeast efficiently produce new biofuels, Boeke says.

Some scientists look further into the future and see things like trees that purify water supplies and plants that detect explosives at airports and shopping malls.

Also on the horizon is redesigning human DNA. That's not to make genetically altered people, scientists stress. Instead, the synthetic DNA would be put into cells, to make them better at pumping out pharmaceutical proteins, for example, or perhaps to engineer stem cells as a safer source of lab-grown tissue and organs for transplanting into patients.

Some have found the idea of remaking human DNA disconcerting, and scientists plan to get guidance from ethicists and the public before they try it.

Still, redesigning DNA is alarming to some. Laurie Zoloth of Northwestern University, a bioethicist who's been following the effort, is concerned about making organisms with "properties we cannot fully know." And the work would disturb people who believe creating life from scratch would give humans unwarranted power, she said.

"It is not only a science project," Zoloth said in an email. "It is an ethical and moral and theological proposal of significant proportions."

Rewritten DNA has already been put to work in viruses and bacteria. Australian scientists recently announced that they'd built the genome of the Zika virus in a lab, for example, to better understand it and get clues for new treatments.

At Harvard University, Jeffrey Way and Pamela Silver are working toward developing a harmless strain of salmonella to use as a vaccine against food poisoning from salmonella and E. coli, as well as the diarrhea-causing disease called shigella.

A key goal is to prevent the strain from turning harmful as a result of picking up DNA from other bacteria. That requires changing its genome in 30,000 places.

"The only practical way to do that," Way says, "is to synthesize it from scratch."

The cutting edge for redesigning a genome, though, is yeast. Its genome is bigger and more complex than the viral and bacterial codes altered so far. But it's well-understood and yeast will readily swap man-made DNA for its own.

Still, rewriting the yeast genome is a huge job.

It's like a chain with 12 million chemical links, known by the letters, A, C, G and T. That's less than one-hundredth the size of the human genome, which has 3.2 billion links. But it's still such a big job that Boeke's lab and scientists in the United States, Australia, China, Singapore, and the United Kingdom are splitting up the work. By the time the new yeast genome is completed, researchers will have added, deleted or altered about a million DNA letters.

Boeke compares a genome to a book with many chapters, and researchers are coming out with a new edition, with chapters that allow the book to do something it couldn't do before.

To redesign a particular stretch of yeast DNA, scientists begin with its sequence of code letters - nature's own recipe. They load that sequence into a computer, then tell the computer to make specific kinds of changes. For example one change might let them rearrange the order of genes, which might reveal strategies to make yeast grow better, says NYU researcher Leslie Mitchell.

Once the changes are made, the new sequence used as a blueprint. It is sent to a company that builds chunks of DNA containing the new sequence. Then these short chunks are joined together in the lab to build ever longer strands.

The project has so far reported building about one-third of the yeast genome. Boeke hopes the rest of the construction will be done by the end of the year. But he says it will take longer to test the new DNA and fix problems, and to finally combine the various chunks into a complete synthetic genome.

Last year, Boeke and others announced a separate effort, what is now called Genome Project-write or GP-write . It is chiefly focused on cutting the cost of building and testing large genomes, including human ones, by more than 1,000-fold within 10 years. The project is still seeking funding.

In the meantime, leaders of GP-write have started discussions of ethical, legal and social issues. And they realize the idea of making a human genome is a sensitive one.

"The notion that we could actually write a human genome is simultaneously thrilling to some and not so thrilling to others," Boeke said. "So we recognize this is going to take a lot of discussion."