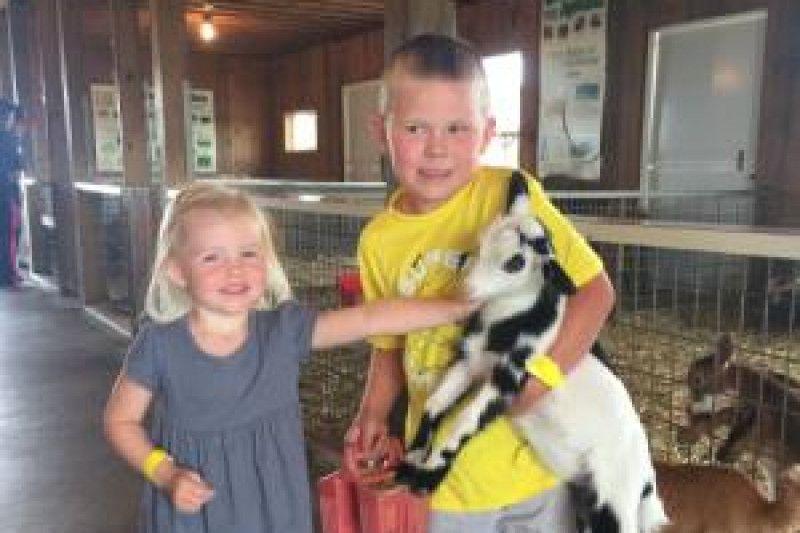 Inside the University of Minnesota's Masonic Children's Hospital, the Maresh family is coping with heartbreak and hoping for a miracle.

Two young siblings, 5-year-old Kade and his younger sister Kallan, were rushed there after being sickened by a vicious strain of E. coli bacteria, CBS Minnesota station WCCO reports.

The family's Caring Bridge site broke the sad news on Sunday that Kallan lost her battle with the deadly infection. She died one week after shiga toxin-producing E. coli 0157 raced through her young body.

Dr. Canas is not involved with the children's care, but as a nephrologist, he is acutely aware of the danger presented by this strain of E. coli to organs like the kidneys. The damage is done when toxins target tiny blood vessels and the body's ability to transfer oxygen in red blood cells.

The state health department is investigating how the children were exposed to E. coli.

Out of an "abundance of caution," the animals at a petting zoo the children recently visited have been taken off display, Joni Scheftel, supervisor of the zoonotic diseases unit at the Minnesota Department of Health, told the Minneapolis Star Tribune. Infection could have occurred by transferring the bacteria from the animal onto the children's hands and then their mouths.

However, the children could also have been infected by any other number of sources. For example, it's also common to acquire E. coli by eating contaminated meat, produce or dairy foods, or by swimming in pools or lakes contaminated with feces.

Health investigators may be able to zero in on the source by next week when lab results are in, Scheftel told the Star Tribune. So far no additional cases have been reported.

Roughly 10 to 15 percent of children exposed to this particular E. coli strain will see their condition worsen even after seeking medical care. It can get to the point where children like Kallan develop a complication called Hemolytic Uremic Syndrome, or HUS. That's where blood vessels swell, starving organs of oxygen.

"And as a result you can have multi-organ systems failing caring for a patient in an intensive care unit," Canas explained.

Kallan's older brother, Kade, continues his fight against the infection, although his situation remains extremely serious.

"Our bodies and souls ache watching our little buddy in pain and missing our baby girl," the family wrote in an update on the Caring Bridge page on Wednesday.

The family also has a GoFundMe page to help with medical expenses.