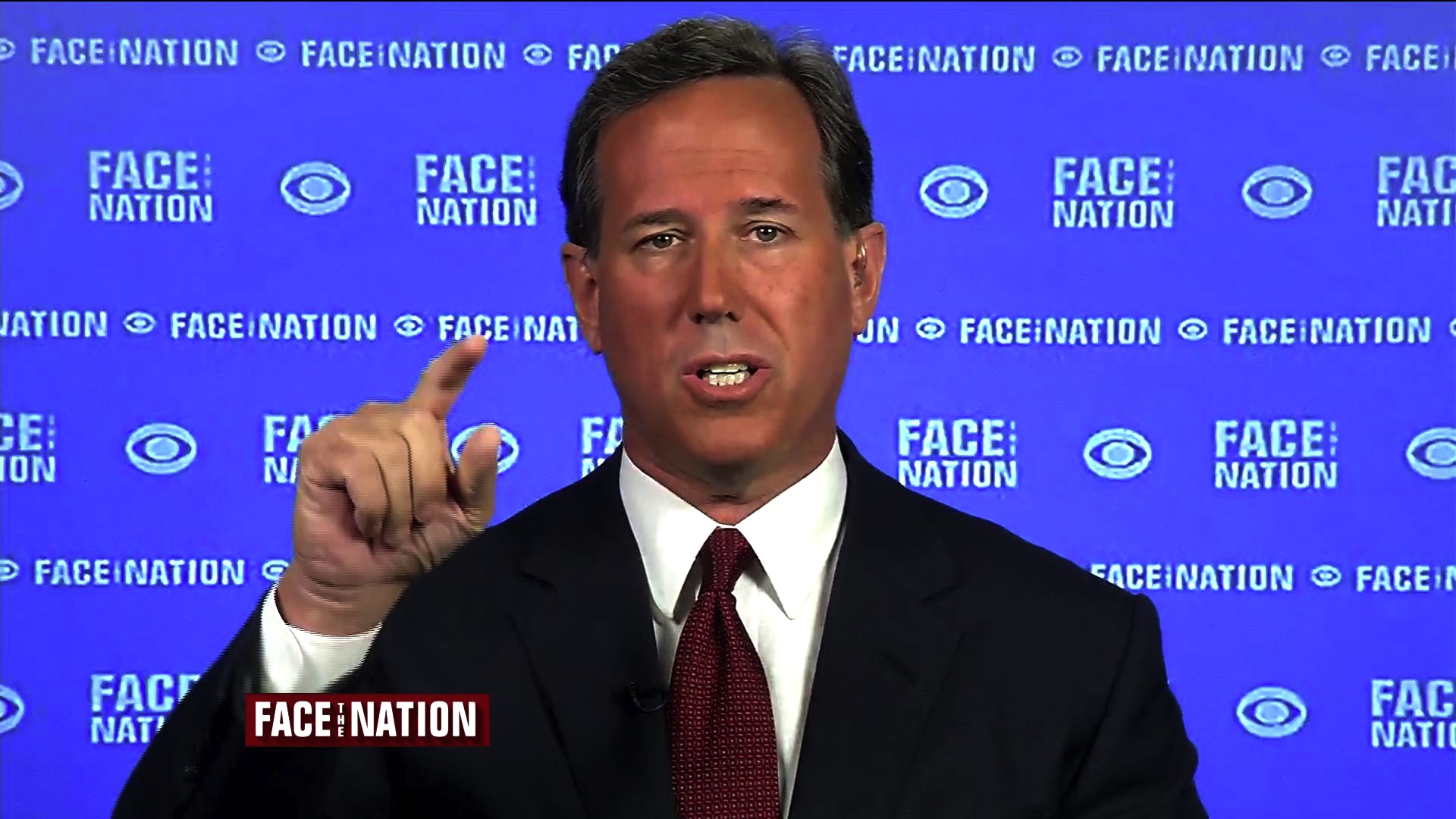 Rick Santorum said he didn't like Donald Trump's "verbiage" when he called Mexican immigrants "rapists" in his presidential announcement speech, but said he was raising an important point by bringing up the effect that illegal immigration has on American workers.

"While I don't like the verbiage he's used, I like the fact that he is focused on a very important issue for American workers and particularly, legal immigrants in this country," Santorum, the former Pennsylvania senator and presidential candidate said on CBS' "Face the Nation" Sunday.

"People who are coming illegally, obviously, are coming with a bad intent, let's just be honest. They're coming with the clear intent of breaking the law. I don't think we can sugar coat that, but that doesn't mean that everybody who's coming across is a rapist or a murderer or anything else," Santorum said. "I think Donald points to a very important thing, which is we have a serious problem of illegal immigration in this country that is undermining American workers: by flattening out wages and lowering the standard of living for those in the U.S. legally.

But he also said, "I certainly wouldn't have said those things. I don't agree with his comments, obviously."

Trump has faced intense backlash and seen his business interests take a hit for saying in his announcement speech that Mexico is "sending people that have lots of problems...they're bringing drugs, they're bringing crime. They're rapists. And some, I assume, are good people."

As for his personal feelings about Trump's presence in the presidential race, Santorum said he is a "unique individual" and that, "he's not someone that as I can say with all the others who I would like to have as my president. That's why I'm running for president."

Santorum also weighed in on the Supreme Court decision from last month that declared same-sex marriage a constitutional right. He criticized the ruling as an undemocratic declaration from the justices based on a "whim," an assault on religious liberty, and something that will "put the nail in the coffin" of the idea that the purpose of marriage is to have and raise children.

The former senator said he has warned for years about the decline of the American family. Asked whether same-sex couples could raise children to be good citizens, Santorum said that society must "orient ourselves toward what's best."

"What we know what's best from thousands of years in human history is for children to be raised with mothers and fathers, preferably but not always, but preferably with their biological mothers and fathers but certainly adoptive homes are great and wonderful places, too," he said. "But if we are going to try to aim for the best, then we have to have laws that orient society to what's best."

He says the current laws absolve fathers of the responsibility of raising their children and provide things to mothers that make fathers less necessary.

"We really need to focus a lot more time and energy on reknitting the American family...and allowing children to have the best opportunities to succeed," he said in response to a question from host John Dickerson about whether divorce and out-of-wedlock births or same-sex marriage presents a greater challenge to families.