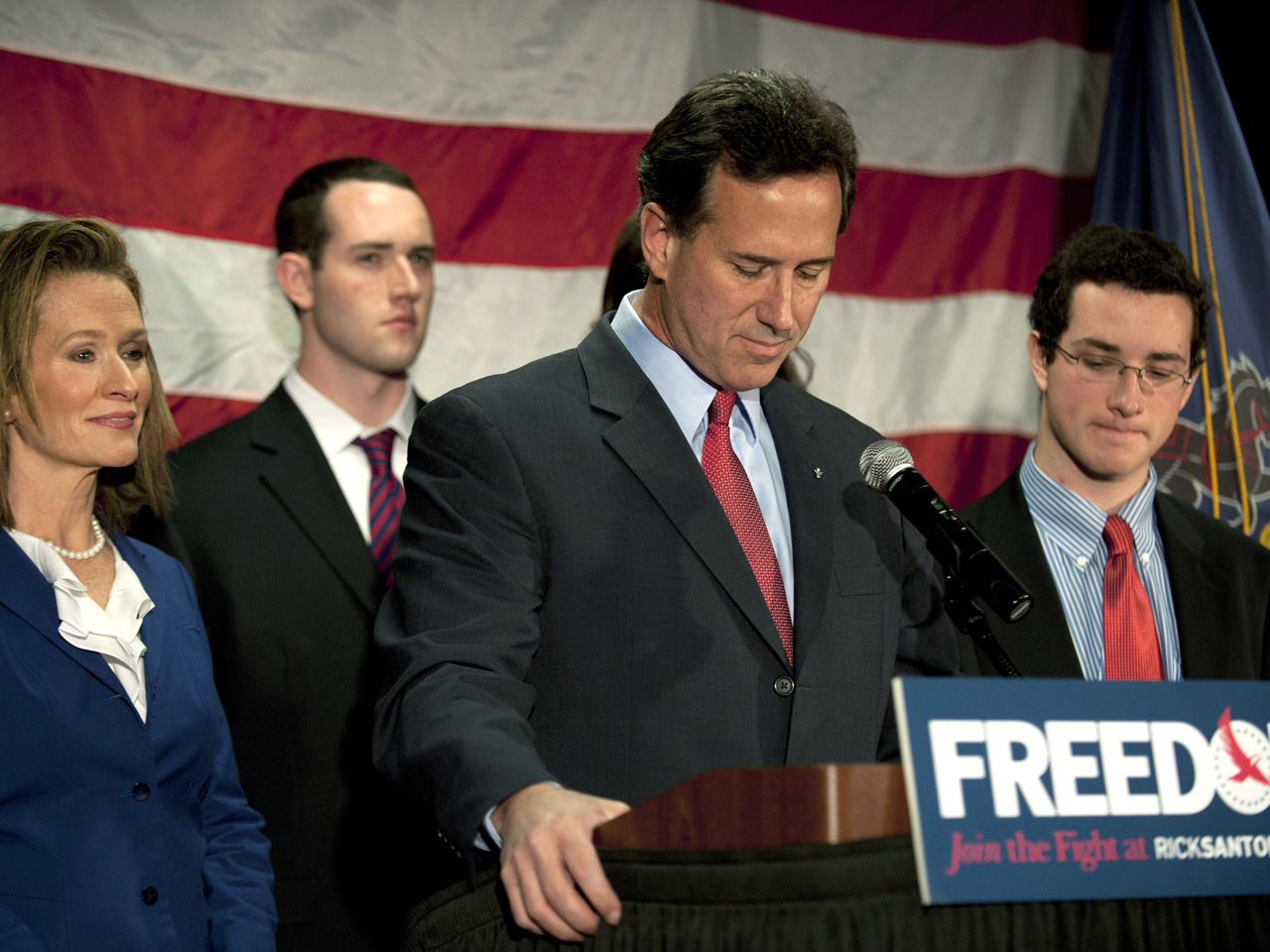 This analysis originally appeared on Slate.

Over to you, Governor Romney. Rick Santorum has left the Republican presidential race, ending the most successful run by an improbable GOP candidate since publisher Steve Forbes' run in 1996. At the start of the presidential campaign, few in political circles would have predicted that a senator who had lost his last race by 17 points, who had no money, no pollster, and few endorsements, would win 11 contests.

The GOP presidential race was all but over, and now it finally is. Mitt Romney can stop fighting a two-front war, against Republican rivals to his right and President Obama to his left. His aides no longer need to start the morning with a discussion of how to tie off the Santorum challenge and where to spend precious resources. Though Santorum was not going to win the nomination, he could have wounded the eventual nominee, and Romneyland had to worry constantly about being surprised (as they were in Colorado on Feb. 7 when Santorum won a state Romney was supposed to win). Now Mitt Romney can focus all of his attention on the president, whom he trails by about 10 points.

There have been a lot of presidential candidates who fell from great expectations: Rick Perry, Fred Thompson, Rudy Giuliani, and Phil Gramm, to name a few. They turned themselves into political punch lines with disastrous campaigns. The much smaller class is those who came from nowhere and energized their party, not enough to win the nomination, but enough to cause a stir: Lamar Alexander, Howard Dean, and Mike Huckabee. Now Rick Santorum joins that group.

Santorum said the recent health scare of his long-ailing 3-year-old daughter Bella helped him make his decision to end the race. Though polls showed him slightly ahead in advance of the Pennsylvania primary on April 24, it wasn't a certainty that he would win his home state. By ending his campaign now, he burnishes his reputation. He leaves as a champion of grass-roots conservatives. "It wasn't my voice that I was out communicating," he said Tuesday in Gettysburg, Pa. where he suspended his campaign, "It was your voice."

Santorum lasted longer in the GOP race than anyone predicted
Will social conservatives rally around Romney?

Santorum almost missed his chance to leave the race on a high note. Until his daughter's recent bout, he had been planning to fight till the last primary at the end of June. Unlike Gingrich, who though in the race is running from repose, Santorum was still hitting hard on Romney's penchant for flip-flopping and his weakness as a conservative.

Romney responded to the news with praise and confirmation of Santorum's new stature: "Senator Santorum is an able and worthy competitor, and I congratulate him on the campaign he ran. He has proven himself to be an important voice in our party and in the nation."

Just before the surprise news, Romney's aides were characterizing Santorum as a mildly crazed zealot on the verge of ruining his reputation and permanently damaging his chance to run again.

The message wasn't subtle. (There may still be a warm horse head in the trunk of a Romney campaign car.) Last week the Romney campaign cut and planned to air a very tough ad attacking Santorum. They were reportedly going to spend millions of dollars making sure everyone saw it. The Romney ad, "Historic," hit Santorum for losing his 2006 re-election campaign. "We fired him as senator. Why promote him to president?" asks the narrator. Santorum faced the prospect not only of losing standing in the national Republican Party but also of losing face at home.

Santorum's departure was unexpected but it doesn't change the race much. Mitt Romney had the nomination pretty much in hand. He had hundreds more delegates and a steady stream of party poobahs who had been on the sidelines and had bestirred themselves to rally behind Romney.

On Sunday, even Newt Gingrich essentially admitted the race was over. By suspending and not ending his campaign Santorum is allowed to keep raising money and he's allowed to keep his delegates. According to a source at the Republican National Committee, he would lose his delegates if he withdrew completely. Under suspension the fate of the delegates is determined by the individual states, but some are bound to support Santorum for a certain number of ballots until they are released by the campaign.

Santorum didn't mention his rival in his remarks ending his campaign, but that's not extraordinary. It was his day. Earlier he had talked to Romney and the two are expected to meet soon. One topic will no doubt be Santorum's campaign debt. Moments after he withdrew from the race, Santorum sent a note to supporters explaining his decision and asking them to donate. "Our campaign has debt, and I cannot be free to focus on helping defeat [Obama] with this burden. I am asking you to consider one more contribution of $25, $50 or even $73.10." Perhaps Mitt Romney, now freed of a potential nuisance for the next two months can get the ball rolling and write a check himself.

Does the Internet Narrow Our Political Horizons?
What Motorola, Blackberry, and Apple Have Done for Freedom
Trayvon in Tulsa?