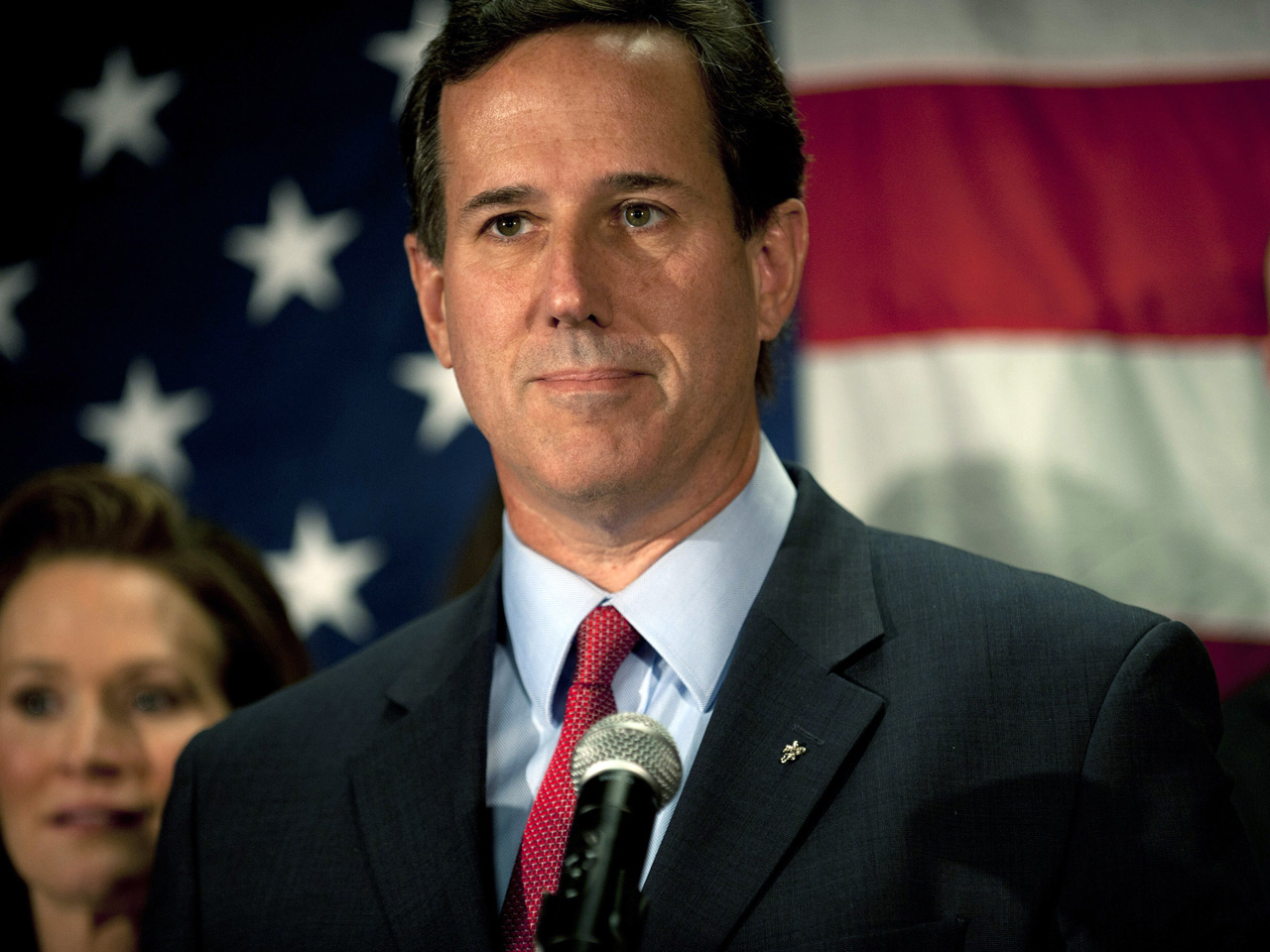 Rick Santorum ended his campaign at least three months later than any pundit could have predicted at any point last year. He also ended it with having accomplished more than anyone would have imagined and he did so at a time putting family first. In other words, Rick Santorum went out on top.

He didn't drop out after failing to win a particular state, or have a top finish in another. And he left the race before having to drain his coffers and his energy trying to win his home state of Pennsylvania - while facing a multi-million barrage of negative ads being run against him.

From the pick-up truck to the Duggars to the sweater vest, Santorum made himself a household name, and in the process won 11 states. Only Newt Gingrich joined him in preventing Mitt Romney from sweeping the table, which some pundits thought was possible after Romney's narrow win in Iowa. That win was taken away and given to Santorum -- who had basically come out of nowhere, besides having visited all of the state's 99 counties, to finish a strong second on caucus night.

And Santorum proved to be the strongest conservative foil to Romney. It was Santorum who first jumped on the ill-spoken "Etch A Sketch" comment from a top Romney adviser and had press aides handing out the toy to reporters that afternoon.

"Folks, we don't need people who write their public policy on Etch A Sketches," Santorum said in one of his many pointed attacks on Romney.

Santorum rose in the campaign on his conviction - often winning voters who chose strong conservative values and a good moral character over the political attribute of being able to beat President Obama.

The former Pennsylvania senator turned his conservatism into a winning issue in the South, winning a handful of southern states. His narrow loses in key northern Midwestern states -- Michigan, Ohio and Illinois -- proved he was for real, but also showed how hard he had to fight to overcome the attack ads run by Romney and the outside super PAC backing him. And while Santorum himself got into hot water a few times, for saying that President Obama was a "snob" for wanting everyone to go to college, or for wanting to "throw up" after reading the John Kennedy speech on the separation of church and state - he kept his focus on his two opponents, Barack Obama and Mitt Romney.

As other candidates rose and fell, from Michele Bachmann to Rick Perry to Herman Cain to Newt Gingrich and Gingrich again, Santorum was there all along, plugging away - from Iowa to South Carolina to the South. His campaign didn't get a lot of attention for a while - but he kept at it and as he rose in the polls, he truly became the clear conservative alternative to Romney.

In Louisiana, as well as nearly everywhere else, Santorum really took it to Romney.

"We all knew that Governor Romney was going to run a completely different campaign and be a whole new candidate in the fall, now we have proof of it, when his own people are saying that that's what's going to happen. This is the kind of disingenuousness that we've seen from the Romney campaign, taking things that I've said, taking them completely out of context, clipping things, distorting things, because they have no core.

"They will say and do whatever they need to say to get elected, they will get in front of any group, whether it's in Puerto Rico or in this country and pander for votes and then of course expect that he will fundamentally change his position and do what's necessary to be able to win the general election.

"If that's what Republicans want, if that's the kind of candidate you want, Mitt Romney's your guy. If you want someone who is going to stand up and say this is what the problem is with this country, it's big government, it's a lack of freedom and opportunity, it's government control of your lives, and we need someone who is going to stand up there and fight for those things and believe in free people instead of big government then I'm your guy."

Santorum also served as a foil to Romney as the former Massachusetts governor tried to attack Mr. Obama's health care reform law even though it was modeled on his own Massachusetts plan.

"Health care is now the central issue in this race and he is uniquely disqualified to take on President Obama on this issue. We cannot have a candidate who is... who forfeits the issue of government control of your life and health to Barack Obama, and takes what is an overpowering positive theme for a republican presidential candidate and turn it into a negative that can be used against that candidate, he is the wrong candidate at the wrong time," Santorum said recently in Texas.

Besides the public attacks, Santorum's continued presence in the race provided a running narrative that true conservatives were loath to back Romney. Gary Bauer was one of the conservatives who backed Santorum and kept the split alive. The one-time candidate himself was succinct in praising Santorum today and explaining why Santorum was still a story so many months after he was basically an also ran.

"Senator Santorum ran an outstanding campaign. His success in state after state shocked the political pundits and beat the expectations," said Bauer.