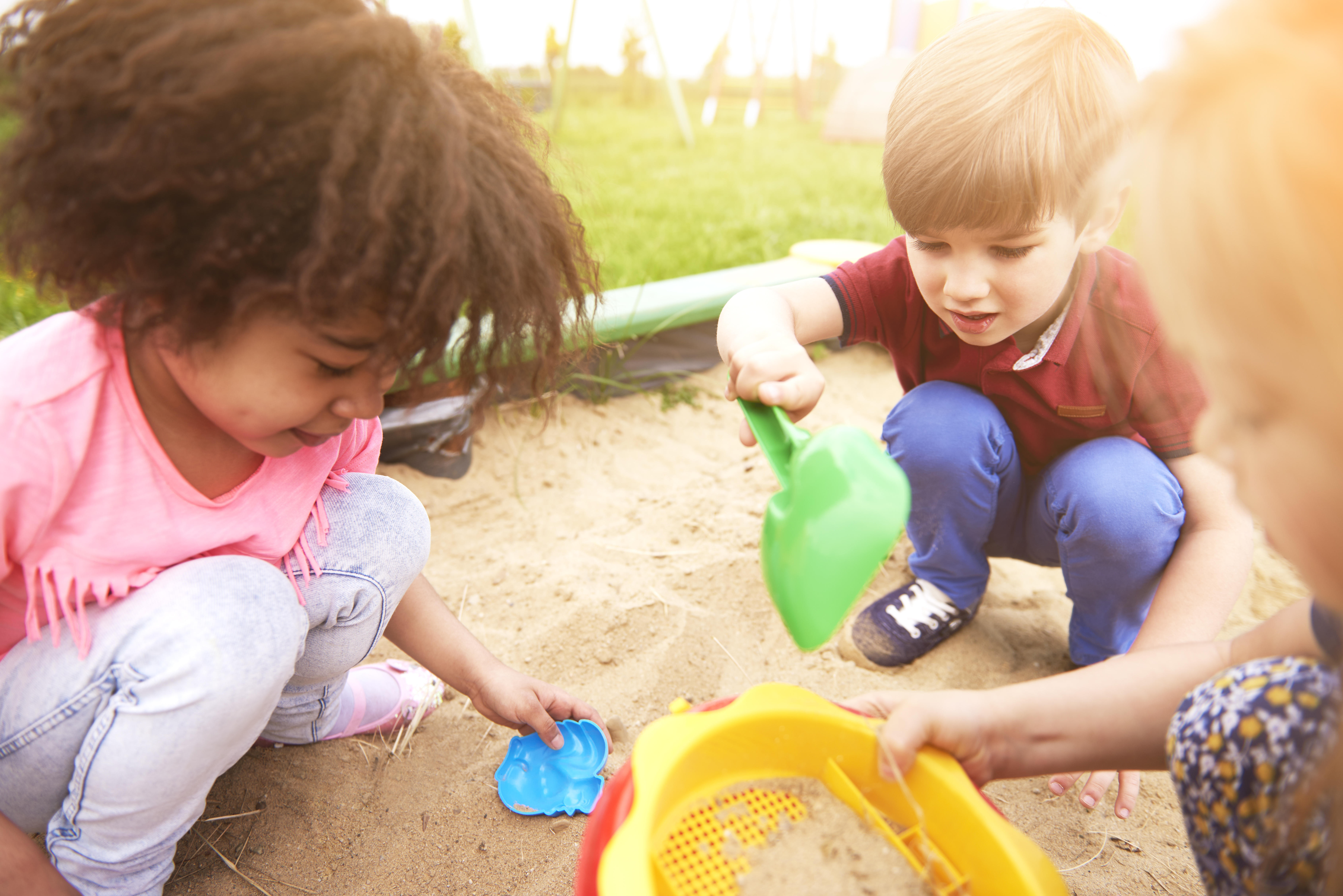 Kids love to play in sandboxes, and it helps them develop motor and social skills.

But have you ever considered what kind of germs might be lurking in that communal sand?

Sandboxes can be breeding grounds for bacteria, parasites and other infectious germs, whether brought in by animals using them as litter boxes or by kids interacting with other kids, researchers say.

In a new study, researchers found that a particularly nasty bacteria called Clostridium difficile (C. difficile) was present in nearly 53 percent of sandboxes tested in Spain.

"We do not consider our paper as alarming," said lead researcher Dr. Jose Blanco, from the department of animal health at Complutense University of Madrid.

C. difficile can cause symptoms in humans ranging from mild diarrhea to life-threatening inflammation of the colon, Blanco explained.

"This study shows the wide distribution of [these] bacteria in the environment, and the need for more studies to elucidate its presence in our communities," he said.

According to Siegel, C. difficile has become more common in hospitals and nursing homes, where it rapidly spreads from patient to patient.

Another doctor noted that it is also hard to beat back the bacteria.

"C. difficle can be difficult to treat, because the bacteria creates an environment within the intestines that makes it easy for it to grow," said Dr. William Muinos, a pediatric gastroenterologist at Nicklaus Children's Hospital in Miami.

Treatment with antibiotics can take weeks or even months, and there is always a potential for the child to be reinfected with the bug, he said.

Siegel added that it's clear from this study that the bacteria is becoming entrenched outside health care facilities and is taking root in the community as well.

Testing samples from all of the sandboxes, the researchers found that more than half contained various types of C. difficile. Nine of the children's sandboxes had the bacteria, and 12 of the dog sandboxes did.

Certain strains of the bacteria showed increased toxin production and some were resistant to antibiotics, the investigators found.

But C. difficile is not the only germ hiding in the sand, according to the U.S. Centers for Disease Control and Prevention.

Studies in the United States have found other pathogens in sandboxes, including parasites such as Toxoplasma gondii, which can cause flu-like symptoms, and parasitic Ascaris eggs that can cause abdominal discomfort.

In addition, worms such as pinworms and roundworms also live in sandboxes. Roundworms called Baylisascaris procyonis are spread by raccoons, and although human infection is rare, it can cause neurologic damage and death. Toxocara roundworms can come from dogs or cats. These worms cause about 70 cases of blindness in the United States every year, according to the CDC. Most of those blinded are children.

Siegel said, "This study shows that places of community and sharing also have to be considered as places of potential germs."

A lot of attention has been paid to swimming pools, "but if you think about it, sandboxes are worse, because there is no chlorine in them," he added.

If you let your children play in sandboxes, make sure you wash their hands or at least use disinfecting wipes before and after they play, Siegel advised.

To help prevent getting sick after playing in a sandbox, the American Academy of Pediatrics recommends:

The report was published July 7 in the journal Zoonoses and Public Health.