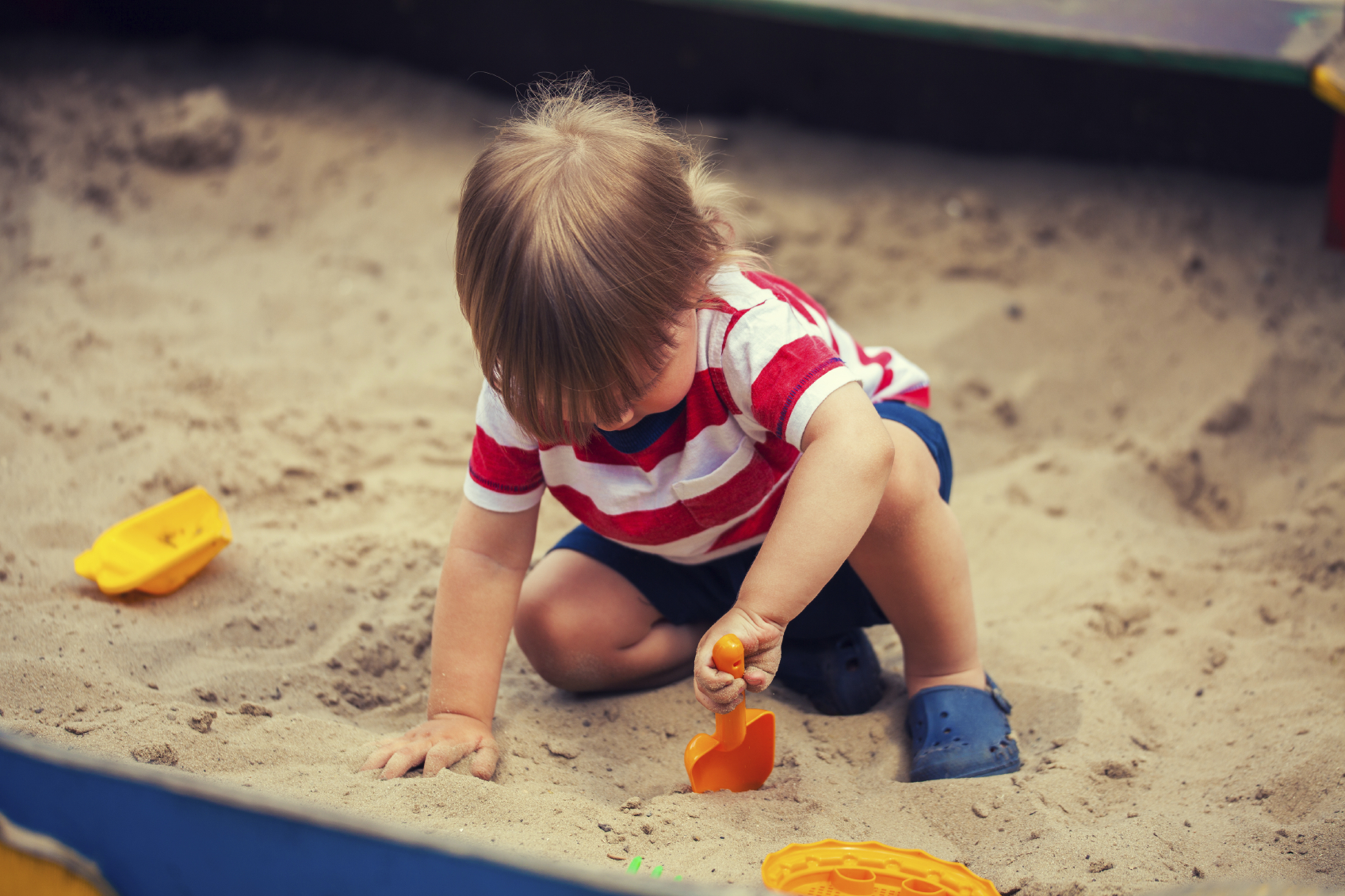 Rachel Benishai Garson has only a few house rules for her two children, Noa, 7, and Gabriela, 4, and one of them is: "The only sand you can go on is on the beach." The New York City mom said that her mother had the same rule for her when she was growing up in the city.

Garson's kids abide by the rule, and if anyone asks for a reason, they've been trained to enumerate. "They say, 'Mommy says I'm going to get ringworm' and they list every disease in the book," she told told CBS News.

Garson said she's not a germophobe, but she is worried about the risk of parasites carried by wild animals and rodents that can be tracked in open sandboxes.

Unlike playground equipment or plain dirt -- places that are teeming with germs that are generally harmless to humans and can even help strengthen a child's immune system -- sandboxes are rife with parasitic germs that can cause severe infections including Baylisascariasis (raccoon roundworm), toxocariasis and toxoplasmosis.

Raccoons, feral cats and other animals like to use sandboxes as litter boxes. Since parasitic diseases like toxoplasmosis or ringworm are transmitted via the fecal-oral route, children are most likely to ingest them when playing in feral animals' unofficial bathroom.

"You don't want parasites to be included with the germs that you interface with," Tierno told CBS News. "It's not any germ -- come one, come all. You have to be selective."

Tierno stressed that parents may want to expose their children to "hygiene hypothesis appropriate organisms" -- those that can help them build a strong immune system -- "rather than anything and everything."

Below is a list of the most worrisome infections caused by parasites that may be found in the sandbox.

Baylisascaris procyonis is a parasitic roundworm that is endemic in raccoons. Tierno told CBS News that the worm lives in the intestinal tract of raccoons and produces thousands of hardy eggs that are shed in the feces. "In one study, the eggs were placed in formaldehyde for days and they survived," he said.

The roundworm is found in most places that raccoons roam, which tend to be the same outdoor places where children play. A 2009 study found that more than 50 percent of backyards surveyed in the suburbs of Chicago contained raccoon poop. Another 2009 study documented Canada's first case of raccoon roundworm encephalitis -- a serious brain infection -- in a 7-year-old boy. "The child often played in an open sandbox in the backyard and had a habit of putting his hands in his mouth," the study reported. "... soil from the sandbox contained B. procyonis eggs."

Human infection with the worm causes Baylisascariasis, which can affect the brain and spinal cord, the eye or other organs, depending on where the larvae migrate. According to the U.S. Centers for Disease Control and Prevention (CDC), symptoms of infection usually take a week or so to develop and may include nausea, fatigue, loss of muscle control or blindness.

Toxocariasis is a parasitic infection caused by the dog and cat roundworms Toxocara cani and T. cati. It is considered by some researchers to be the "most common human parasitic worm infection in the United States."

A 2013 study in the journal of the Pediatric Infectious Diseases Society presented a review of toxocariasis and stated that Toxocara eggs are found in sandboxes because those are areas frequented by stray cats and dogs. Studies have found toxocara eggs in rates ranging from 0.3 percent in public parks in New Jersey to 39 percent in sandbox samples in Kansas.

According to CDC, many people who are infected with toxocara do not display symptoms or get sick. When children do develop symptoms, they may include include cough, abdominal pain, headaches and behavioral or psychiatric problems.

Toxocariasis is an especially significant problem in developing countries and low-income neighborhoods. A 2014 editorial in JAMA Psychiatry suggested that toxocariasis might be partially responsible for the achievement gap in U.S. neighborhoods in extreme poverty where rates of roundworm are high.

Toxoplasmosis is a parasitic infection that is transmitted through the feces of cats. Young and outdoor felines are most likely to carry the parasite toxoplasma gondii, also known as T. gondii.

T. gondii produces an infectious form of the parasite inside of the cat called oocysts, which are excreted by the animal in litter boxes, gardens and sandboxes. The oocysts can then be picked up by children during play.

There is also some research linking the parasite to a higher risk of mental disorders including schizophrenia and outbursts of anger.

If you don't want to confine your child to a sandboxless life, Tierno offered some tips on how to keep a sandbox clean.

1. The sandbox should be covered when not in use to prevent animals from using it as a bathroom.

2. Ensure that the bottom of the sandbox is sealed to prevent anything entering from underneath the box.

3. If you are using a public sandbox, make sure it is covered at night and cleaned out regularly.

4. Examine a backyard sandbox weekly by sifting through the sand.

As for Garson, she is sticking by her no-sandbox rule. "Parks are a fun place and there are other things to do," she told CBS News. "Save the sand for a beach."