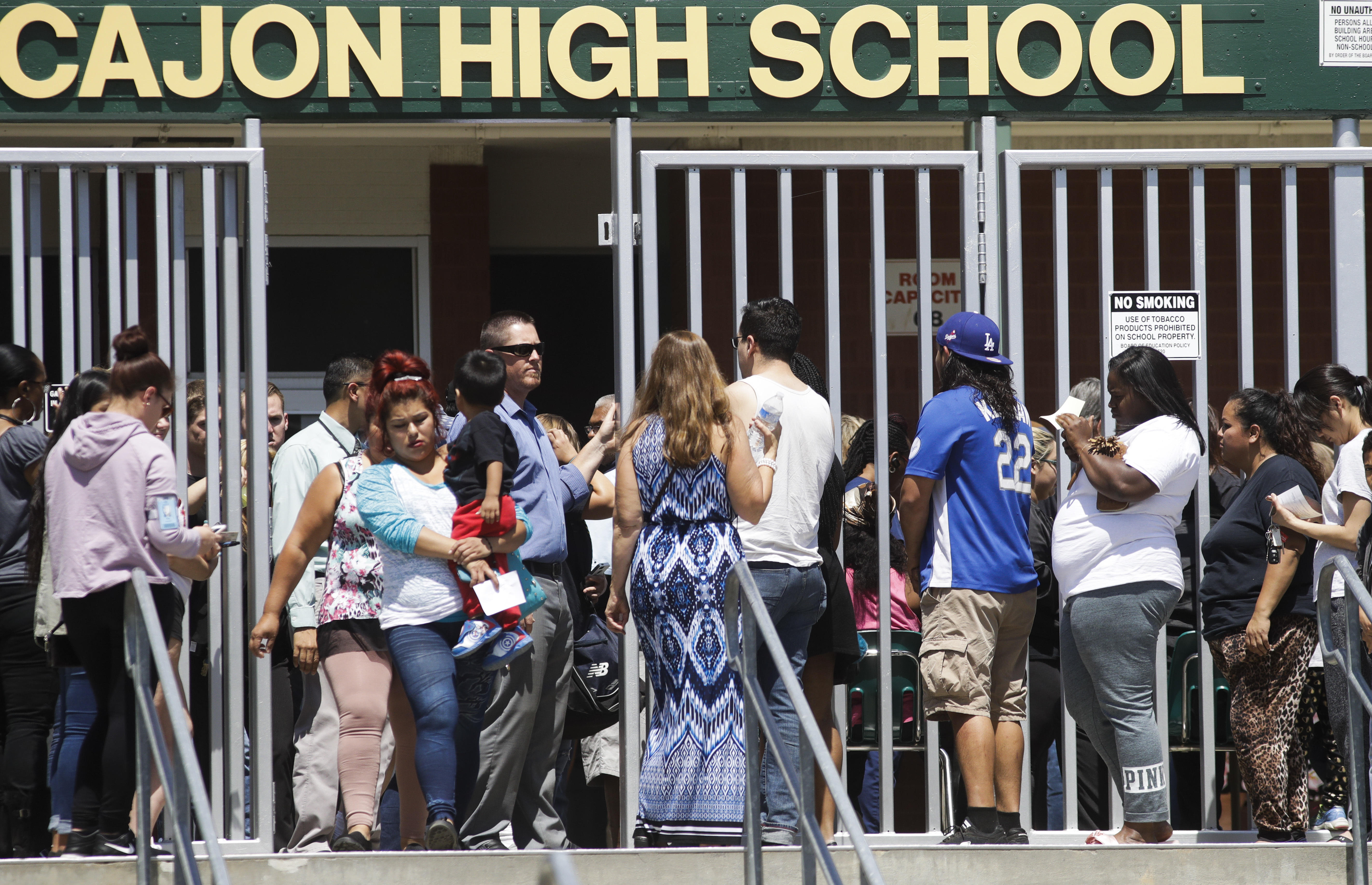 LOS ANGELES -- A panicked 911 caller immediately identified a teacher’s husband as the man who opened fire at a San Bernardino elementary school and told the dispatcher that she had locked herself in the office.

Police on Friday released portions of the emergency calls from the shooting this week that killed a special-education teacher and her student. In one of the short tapes, a caller says a teacher had been shot by her husband and describes his clothing.

“I’m scared,” the caller says before the tape cuts out.

Cedric Anderson walked into his estranged wife’s classroom at North Park Elementary on Monday and fired 10 rounds from a .357 Magnum before turning the gun on himself, authorities said.

He targeted Karen Smith but also struck two of her students: 8-year-old Jonathan Martinez, who died, and a 9-year-old boy who was expected to recover.

Anderson had accused Smith of infidelity just weeks into their marriage, prompting her to move out of their home, San Bernardino Police Chief Jarrod Burguan said. Police have said there was no evidence of unfaithfulness. When Anderson failed to win her back, he killed her, Burguan said.

Smith told family members that Anderson had threatened her after she moved out last month, but she didn’t take him seriously and thought he was just seeking attention, the police chief said.

Jennifer Downing, a teacher’s assistant, was in the classroom during the shooting. She said had she been armed, it would not have helped.

“There was absolutely no reaction time because it was right away,” she told CBS Los Angeles Thursday. “There wasn’t, ‘oh maybe I should grab something or get something.’ Had something (a gun) been locked up, it would not have mattered.”

School officials said he was a happy child who loved music and playing with friends.

The wounded boy, Nolan Brandy, was in the hospital but was in good spirits, his family has said.

“It’s incredible for a little guy like him to be hit with that caliber of a round and be recovering like this,” Lt. Mike Madden, a San Bernardino police spokesman, said.

Downing said she was able to visit Nolan in the hospital. “It was a joyful experience,” she said. “He was a bit shy, which was to be expected, but just a lot of happiness.”

And for the first time since the shooting, she returned to campus with her coworkers on Thursday.

“And we all walked the halls together as a tight unit, and I was OK,” she said.