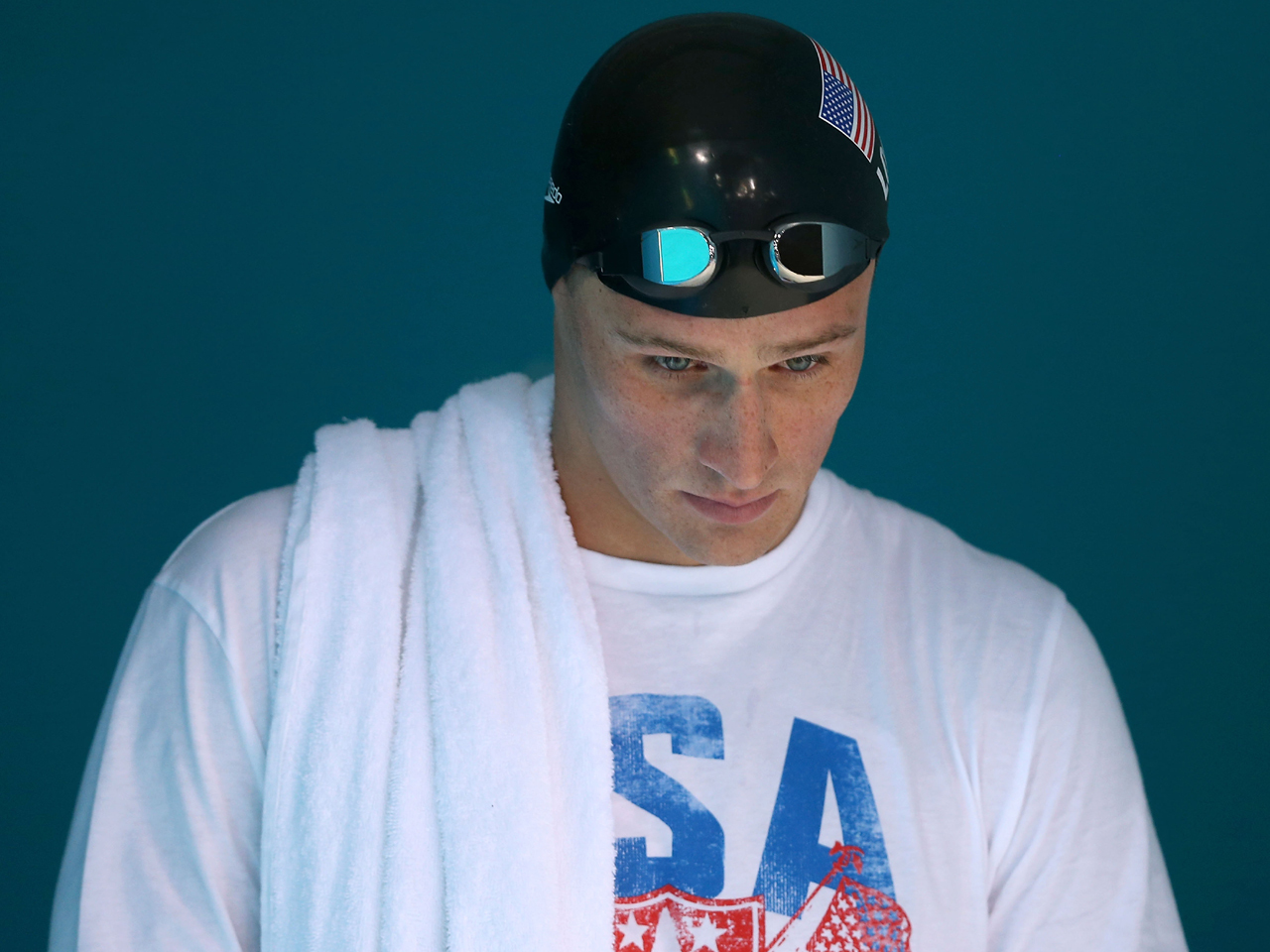 Ike Lochte said her son is just too busy for a girlfriend.

"He goes out on one-night stands," she said during an interview with Today.com Thursday. "He's not able to give fully to a relationship because he's always on the go."

Ryan Lochte, himself, has said he doesn't have time for a serious gal pal. In July, he told ESPN The Magazine that he's glad to be single this time around.

"My last Olympics, I had a girlfriend -- big mistake," Ryan Lochte said. "Now I'm single, so London should be really good. I'm excited."

He also estimated that "70 to 75 percent of Olympians" would have sex during the Summer Olympics in London. "Hey, sometimes you gotta do what you gotta do," he added.

But in the Olympic pool, Lochte, who turns 28 on Friday, is extremely committed, his mom said.

"Everything he has done has been to the max," Ike Lochte told the "Today" show. "He's unique, loving, and he challenges himself all the time."

Although the Florida native lost out to Michael Phelps on Thursday, Ryan Lochte still walked away with a few medals: