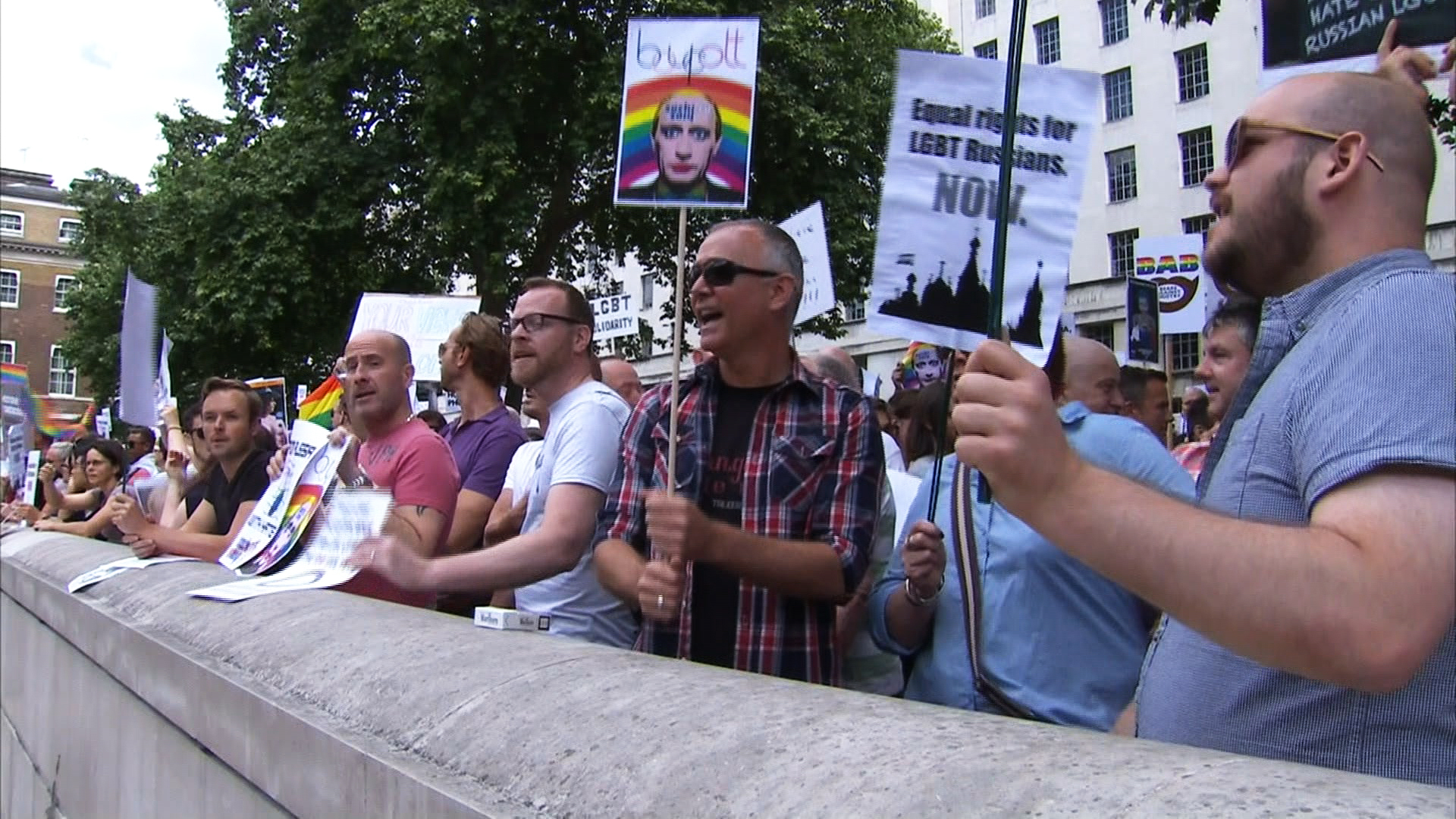 A pro-gay rally like the one outside Downing Street in London Saturday would be outlawed on the streets of Moscow, which is exactly why the demonstrators came to be heard.

"We're not going to be arrested," said one protester. "I wouldn't be allowed to walk down the street like this, so unfortunately they can't do the same in Russia."

They are among the growing number of protesters saying countries should pull out of Russia's Winter Olympics in condemnation of the country's new anti-gay laws.

"I think that the human-rights abuses happening in Russia are unacceptable," said another protester. "I believe personally that we should boycott the Olympics, and the Olympics should be moved to Vancouver."

Critics say the measures effectively outlaw any expression of gay rights and encourages hate crimes against the gay and lesbian community.

Britain's Prime Minister David Cameron immediately rejected calls for a boycott Saturday, posting on Twitter: "I believe we can better challenge prejudice as we attend, rather than boycotting the Winter Olympics."

President Obama dismissed any idea of a boycott too, saying it would only hurt U.S. athletes.

"We've got a bunch of Americans out there who are training hard, who are doing everything they can to succeed," said Mr. Obama. "Nobody's more offended than me by some of the anti-gay and lesbian legislation that you've been seeing in Russia."

But the head of Russian studies at London's Chatham House, James Nixey, said Putin won't take much notice of the criticism.

"So whatever Obama says is to a certain extent water off a duck's back in general to Putin, who has a fairly thick skin, and to the Russians as well," Nixey said.

About the only people not protesting are the Russians themselves, and not just because it's illegal. Not a single politician voted against the new anti-gay laws, and a recent poll has shown that the vast majority of Russians support them too.