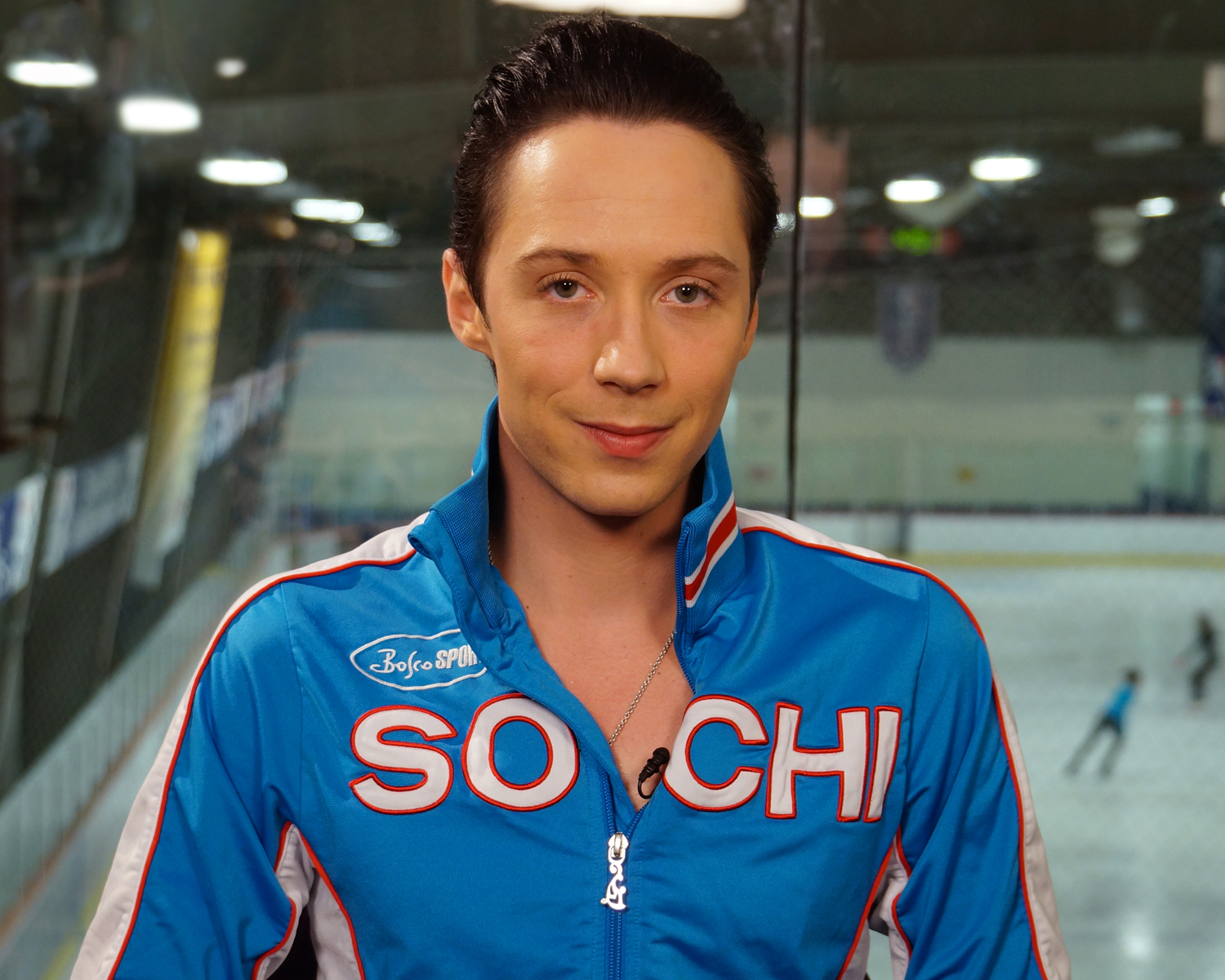 If two-time Olympic figure skater Johnny Weir wins one of two spots to represent the United States at the 2014 Olympic Games in Sochi, Russia, he may have more to worry about then just trying to win a medal.

Weir, who is openly gay, theoretically could be arrested or denied entry to the country under a law passed this year banning "propaganda of nontraditional sexual relations," which would seem to include public displays of affection by same-sex partners and clothing or statements affirming gay rights.

Russia has seen an outbreak of violence against gay rights advocates, with LGBT supporters facing beatings from anti-gay protesters. Violence against gay Russians has been a longstanding issue, with at least two murders seemingly motivated by anti-gay sentiment taking place this year.

"In Russia, just the sheer fact that you could be gay, you can get arrested, fined, and it's a terrible thing to even think of," he said. "Myself, even, just walking down the street, going to get Starbucks in the morning, and somebody could arrest me just because I look too gay."

Weir considers Russia to be "the most magnificent place in the world," as he put it in an interview with CBSNews.com. He said that he became obsessed with the country's buildings, its tsars and fur coats as a child; he eventually learned the Russian language and married a man of Russian descent after his sixth-place finish at the 2010 Olympic Games in Vancouver.

He now fears that he may never be allowed back in the country to see friends and relatives, and to compete at the Sochi games in six months if he makes the U.S. team. (Weir has stiff competition in his quest; the team will be selected in January.) Unlike openly gay speed skater Blake Skjellerup of New Zealand, who has vowed to wear a gay pride pin if he makes it to Sochi, Weir does not plan to broadcast his sexuality in Russia in a challenge to the law. He will not wear a rainbow flag or a "pin of two men kissing," he said; if he performs well, he will not kiss his husband sitting in the stands. "I can kiss him when I get to my hotel," said Weir.

It is not clear whether Russia will prosecute gay Olympic athletes or tourists during the Games; while the International Olympic Committee says it has assurances that they will not be targeted, Russian Sports Minister Vitaly Mutko says those who engage in what the government considers propaganda will be "held accountable." Mutko later added, however, that the rights of athletes "will be protected" when it comes to their private life.

The Olympic charter bars political gestures during the Games, which means that an athlete could theoretically be sanctioned for speaking out against the anti-gay laws, though it seems unlikely that the International Olympic Committee would take such a step. The IOC has said that the games "should be open to all, free of discrimination, and that applies to spectators, officials, media and of course athletes." Both the IOC and U.S. Olympic Committee have been criticized for not taking a strong stand against the Russian anti-gay laws, though it is not clear that either organization could have done much to change them.

Weir strongly opposes calls to boycott the Games over the anti-gay laws, which he said would only hurt athletes who have trained their whole lives to compete; "Would the Olympics be in Saudi Arabia, in Palestine, in Pyongyang, North Korea, on Mars, I would go," he said. "Because that's what I'm trained to do and that's what I've devoted my life to."

He added that his presence in Sochi could help rally opposition to the anti-gay legislation and the treatment of LGBT Russians. He said he has made peace with the possibility of being arrested.

"If it takes me getting arrested for people to pay attention, and for people to lobby against this law, then I'm willing to take it," he said, adding: "Like anyone, I'm scared to be arrested. But I'm also not afraid of being arrested."

There has been growing outrage over Russia's anti-gay laws, with figures including Stephen Fry, Harvey Fierstein and Jay Leno evoking Nazi Germany, which held the 1936 Olympic Games under Hitler's leadership; President Obama told Leno this week that American and other nations would not tolerate gay athletes being singled out by Russia, which he said has "a big stake in making sure the Olympics work."

"They're athletes, they're there to compete," the president said. "And if Russia wants to uphold the Olympic spirit, then every judgment should be made on the track, or in the swimming pool, or on the balance beam, and people's sexual orientation shouldn't have anything to do with it."

The White House this week canceled a planned meeting between Mr. Obama and Russian Prime Minister Vladamir Putin over a number of issues, chief among them Russia's decision to grant Edward Snowden temporarily asylum; in a statement, the White House also pointed to a lack of progress in engaging Russia on "human rights and civil society in the last twelve months."

Weir trains at the Ice Palace in Hackensack, N.J., where he is a figure of awe for aspiring Olympic skaters; 14-year-old Selin Kang said she was upset that one of her role models could face discrimination for being himself.

"The Olympics are about how well you're able to perform in front of a huge audience, and it's not about whether you're gay or straight or who you're friends with or anything that's not related to the sport."

Weir's friend Elena Glebova, who will be skating for Estonia at her third Olympics next year, said Weir had been helping her design her outfits for competition.

"On the ice we are all the same," she said. "It doesn't matter if you are gay or straight. We are competing against each other and showing who is the better skater."

During his interview with CBSNews.com, Weir asked if he could deliver a message in Russian directly to the Russian people; "Hello Russia. I am with you," he said into our camera, "I wish you strength now and hope that tomorrow will be better than today. I love you all very much." (See above.) Asked what message he would send to the Russian authorities who passed the anti-gay laws, Weir said he wanted them to look at the life he leads.

"While I may not be the average, normal person living 9 to 5 and doing my work and going home and having a relationship, I'm normal," he said. "I'm as normal as anybody as I know. My relationship is as strong and as healthy as anybody that I know. And I live a life of integrity and success and strength. And if I'm illegal, you should be illegal as well."