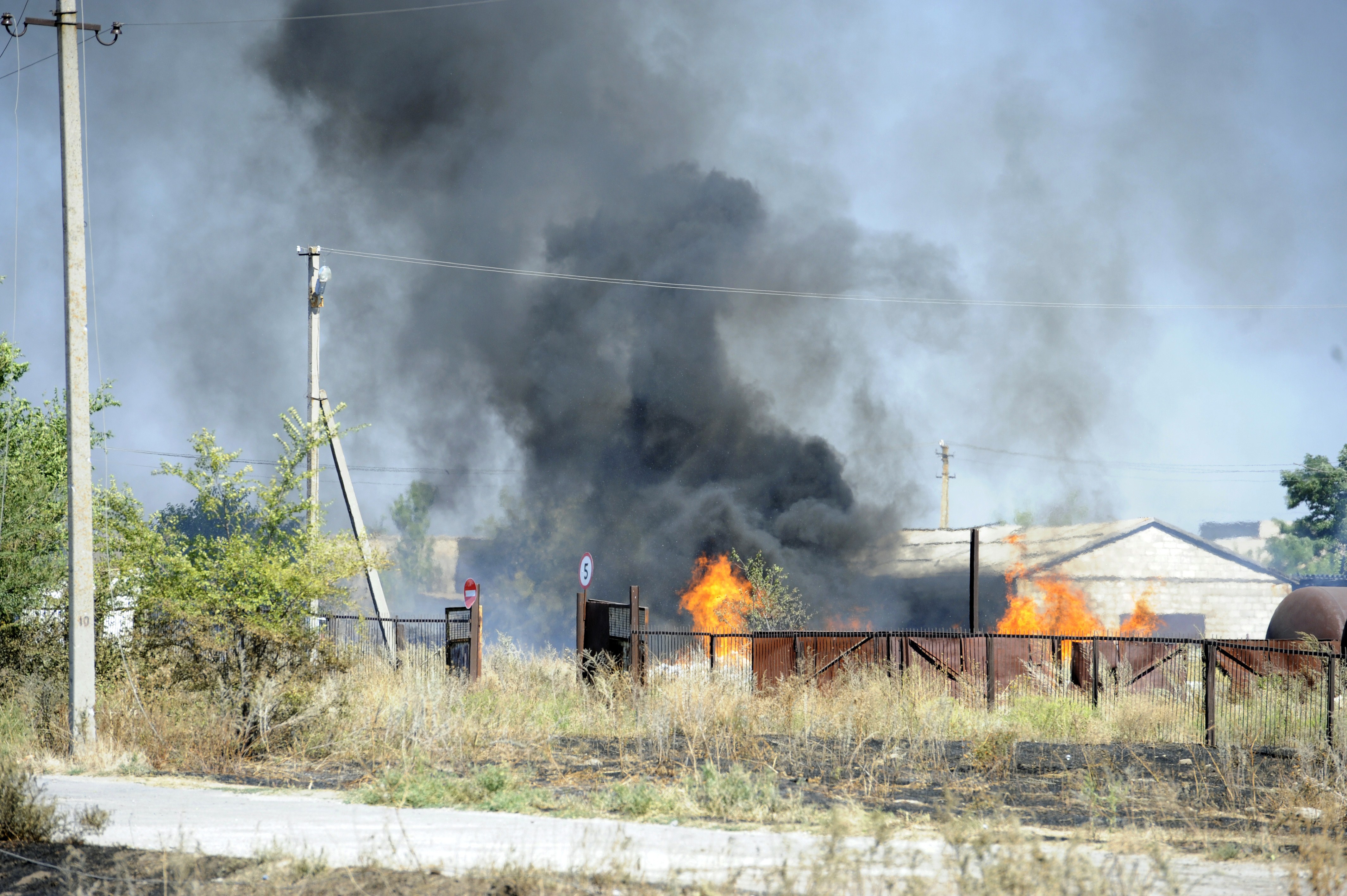 President Obama leaves for Europe Tuesday with stops in Estonia and a NATO summit in Wales amid escalating crises in Ukraine and in Iraq and Syria, crises that are having a direct impact on a number of European nations.

While the Russian threat in Ukraine will be the focus of the upcoming summit, the meeting also puts President Obama, Secretary of State John Kerry and Defense Secretary Chuck Hagel face to face with European countries who may be willing to join the U.S. in dealing with the other crisis in Iraq and Syria.

Officially, however, NATO says it doesn't want to be involved in dealing with the Islamic militant group called the Islamic State of Iraq and Syria (ISIS) that has swept across Iraq and Syria and poses a growing threat to the U.S. and parts of Western Europe that might be targeted by foreign fighters.

"NATO itself is trying to ensure it that it is staying out, as an alliance," said Kathleen Hicks, the Director of the International Security Program at the Center for Strategic and International Studies (CSIS).

But that doesn't mean it isn't at the forefront for U.S. and European leaders and it's expected to be a major topic of conversation on the sidelines in Wales.

The president's events begin Wednesday in Tallinn, the capital of Estonia. Mr. Obama is the second U.S. president to visit the country, after former President George W. Bush who was there ahead of another NATO summit in 2006.

"It is clearly not accidental that the president has decided to stop in Estonia on the way to the NATO Summit. The two stops are essentially part of the same effort to send a message to the Russians that their behavior is unacceptable," said Charles Kupchan, the White House's senior director for European Affairs.

Estonia, like Ukraine, has a large Russian population and is concerned about the potential of pro-Russian unrest there too. But Kupchan said Mr. Obama will send the message that the Article 5 commitment to common defense of other nations is ironclad.

Mr. Obama will meet with the leaders of Estonia, Latvia and Lithuania and also speak to young people there.

The chief focus of the NATO summit in Wales will be crafting a more robust response to Russia in the hopes of de-escalating tensions in the region but also bolstering the ability of member nations to defend themselves against new kinds of threats. Kupchan said that countries, "may be facing not armored columns coming across their border...but guys coming across in masks."

Even though Ukraine is not a member of the alliance, NATO will be asked to approve the creation of a high-readiness force and the stockpiling of military equipment and supplies in Eastern Europe to help protect member nations there, the NATO secretary general announced Monday.

"In some ways, NATO should thank Vladimir Putin because it was really searching for its purpose, post-[International Security Assistance Force], and it was having a fairly significant identity crisis," said Heather Conley, the director of CSIS' Europe program. "It has now not only been repurposed, it's been reinvigorated."

But the geopolitical conflict in Eastern Europe has served as a reminder that many NATO member states have let their defense spending lag behind the commitment to devote 2 percent of GDP to that purpose.

Mr. Obama will once again push nations to increase their financial commitments, with may carry more weight with the emerging threats.

"The Ukraine crisis has been a wake-up call," Conley said. "Now, whether the Europeans will hit the snooze button or not, again, I don't know, but it has certainly shaken them."

The alliance is shifting away from its prominent role leading the fighting in Afghanistan to a training and advisory mission. But discussions are complicated by the fact that neither outgoing Afghan President Hamid Karzai, nor the rival candidates vying to replace him, are expected to attend the summit. Instead, the Afghanistan's defense minister will attend.

But even as NATO pulls back from a robust mission in Afghanistan and has worked to stay out of the current crisis in Iraq and Syria, Mr. Obama may urge his colleagues to take on a heightened role.

"I think the president is forward leaning on getting NATO more involved in the Middle East and, in particular, dealing with the threat from [ISIS], dealing with the humanitarian urgencies in the region. And so one can expect NATO to make advances on that front," Kupchan said.