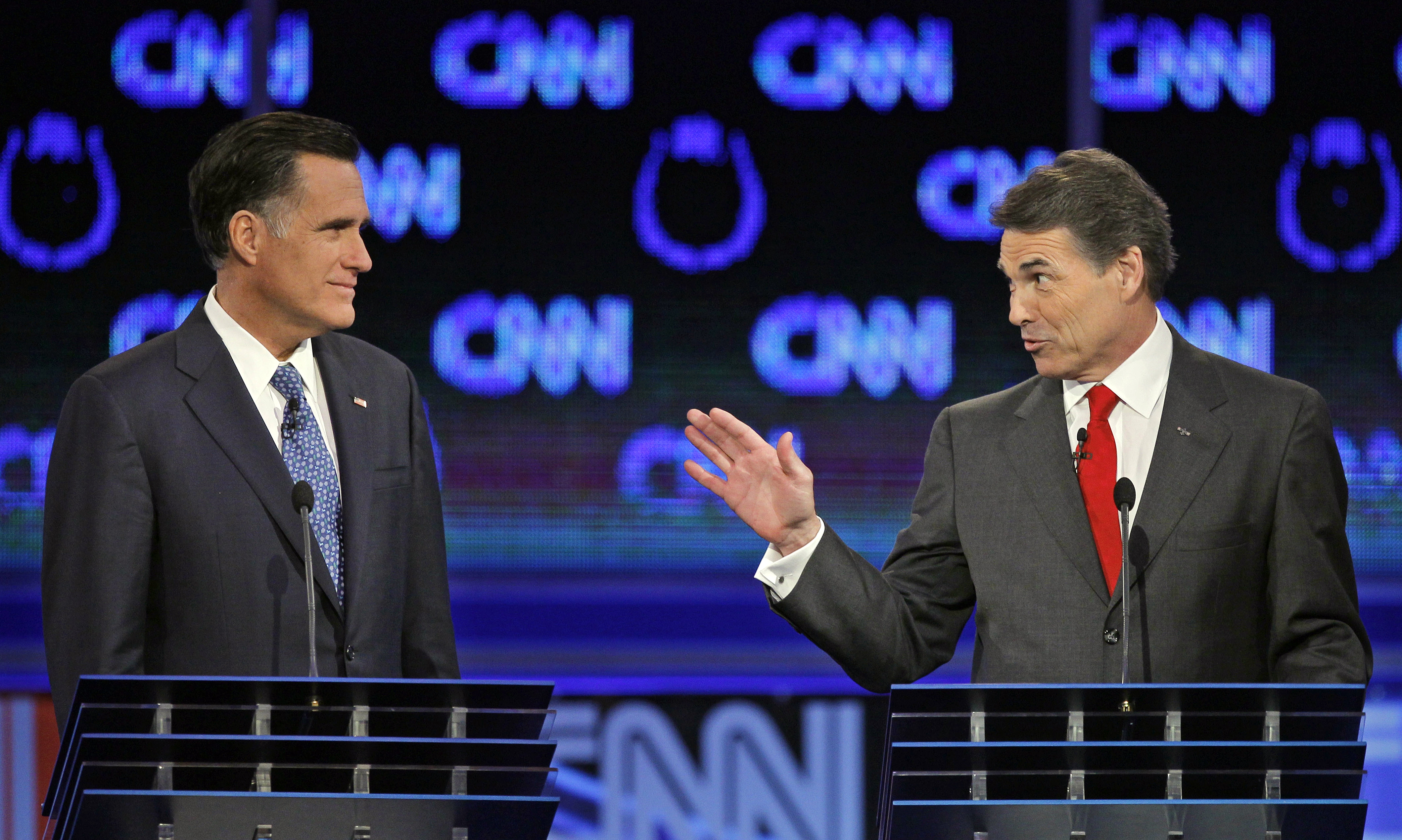 Republican presidential candidate Mitt Romney said Tuesday he thought it was "dangerous" to select a president based on the church or synagogue he or she belonged to - and that doing so would be an "enormous departure from the principles of our Constitution."

Speaking in Las Vegas at CNN's Republican presidential debate, the former Massachusetts governor said he wasn't "going to lose sleep over" over a Texas pastor's having called his Mormon faith a "cult." But he argued that the implications of the statement itself were troubling.

The pastor, Robert Jeffress, made the comment after delivering introductory remarks endorsing Perry at the Values Voter Summit earlier this month. The Texas governor has rejected the characterization of Mormonism, but has refused to disavow the pastor.

"You know, with regards to the disparaging comments about my faith, I've heard worse, so I'm not going to lose sleep over that," Romney said.

Romney noted that "What I actually found was most troubling" about the ordeal was that the reverend said, during his introduction for Perry, that "in choosing our nominee, we should inspect his religion."

"That idea that we should choose people based upon their religion for public office is what I find to be most troubling, because the founders of this country went to great length to make sure -- and even put it in the Constitution -- that we would not choose people who represent us in government based upon their religion, that this would be a nation that recognized and respected other faiths, where there's a plurality of faiths, where there was tolerance for other people and faiths," Romney said. "That's bedrock principle."

Romney criticized Perry for responding enthusiastically to the introduction, rather than saying, "Reverend Jeffress, you got that wrong. We should select people not based upon their faith."

"The concept that we select people based on the church or the synagogue they go to, I think, is a very dangerous - and an enormous departure from the principles of our Constitution."

When it was suggested that Perry then apologize to Romney, Perry again distanced himself from the pastor's remarks, although not with the pastor himself.

Newt Gingrich emphasized that while he believes a person's faith matters in the context of a presidential bid, "none of us should rush in judgment of others in the way in which they approach God."

"Well, I think if the question is, does faith matter? Absolutely," he said. "How can you have a country which is founded on truths which begins we are endowed by our creator with certain inalienable rights? How can you have the Northwest Ordinance of 1787 which says religion, morality and knowledge being important, education matters. That's the order: religion, morality and knowledge."

But, he added, "I happen to think that none of us should rush in judgment of others in the way in which they approach God. And I think that all of us up here I believe would agree."