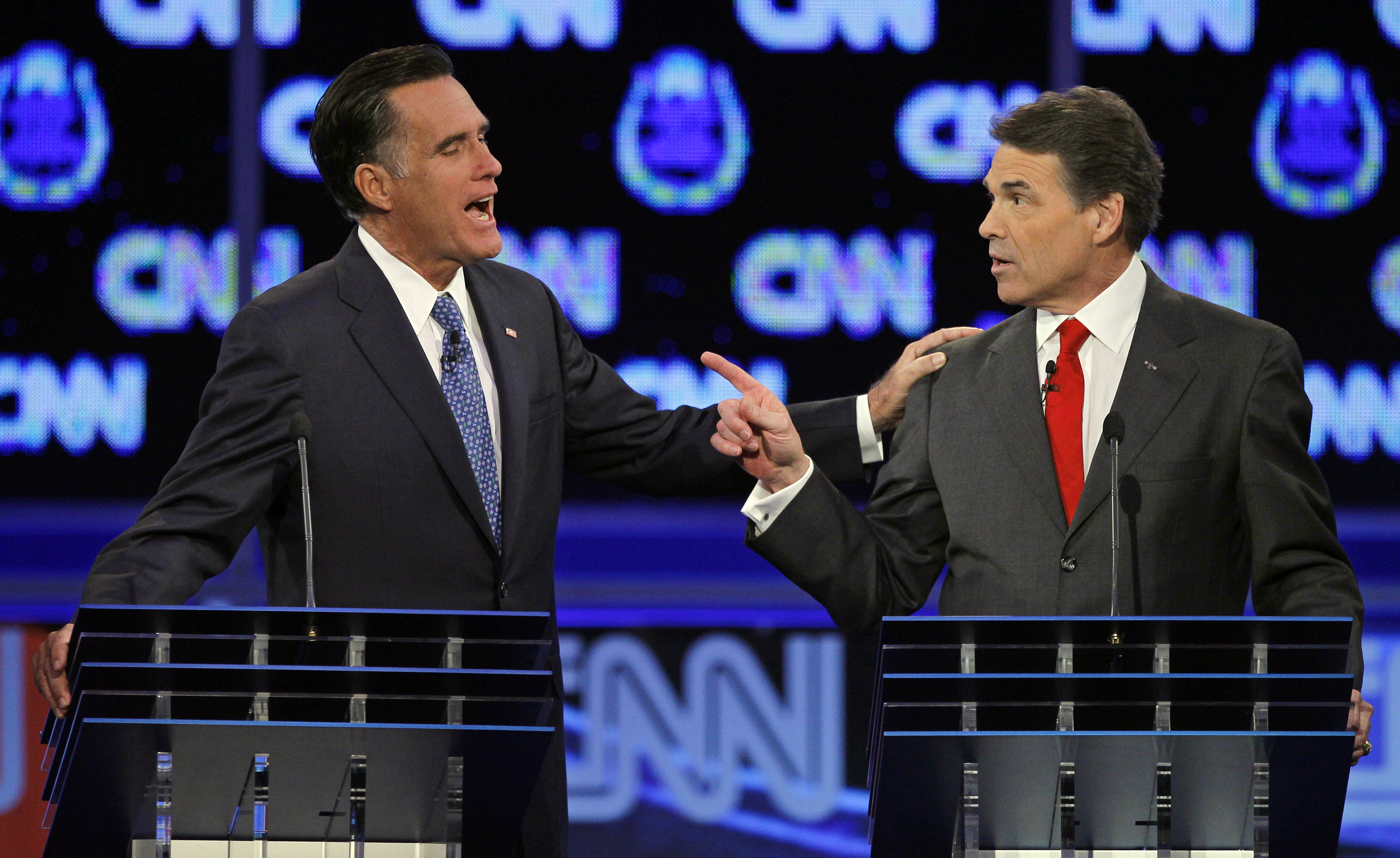 Mitt Romney and Rick Perry went mano-a-mano Tuesday night, with the Texas governor accusing the former Massachusetts governor of being "number one" on the list of magnets that attract workers to enter the United States illegally.

"You are number one on that list, sir. And people need to understand that. You are one of the problems, Mitt," Perry said directly to Romney as he accused him of maintaining his lawn with workers who had not entered the country legally.

The Boston Globe in 2006 reported that Romney hired a landscaping company that relied heavily on Guatemalan gardeners who were not authorized to work in the United States.

"The idea that you stand here before us and talk about that you are strong on immigration is on its face, the height of hypocrisy," Perry said.

"A year later?" Perry interrupted in an unusually testy exchange, "it's time for you to tell the truth."

Rick Perry: Time to consider defunding United Nations
Cain's rivals: We love you, but we hate 9-9-9
Romney: It's "dangerous" to choose president based on religion
Romney's "credibility" on health care attacked

"You have a problem with allowing someone to finish speaking. And I would suggest that if you want to become president of the United States you gotta let both people speak. So let me speak," Romney fired back, adding "this has been a tough couple of debates for Rick." Perry's recent debate performaces have been widely criticized.

Perry accused Romney of playing fast and loose with the facts.

"You stood here in front of the American people and did not tell the truth about illegal immigrants," Perry said directly to Romney, who put his hand on his opponents shoulder as they shouted at each other.

"I don't think I've ever hired an illegal in my life," Romney said.