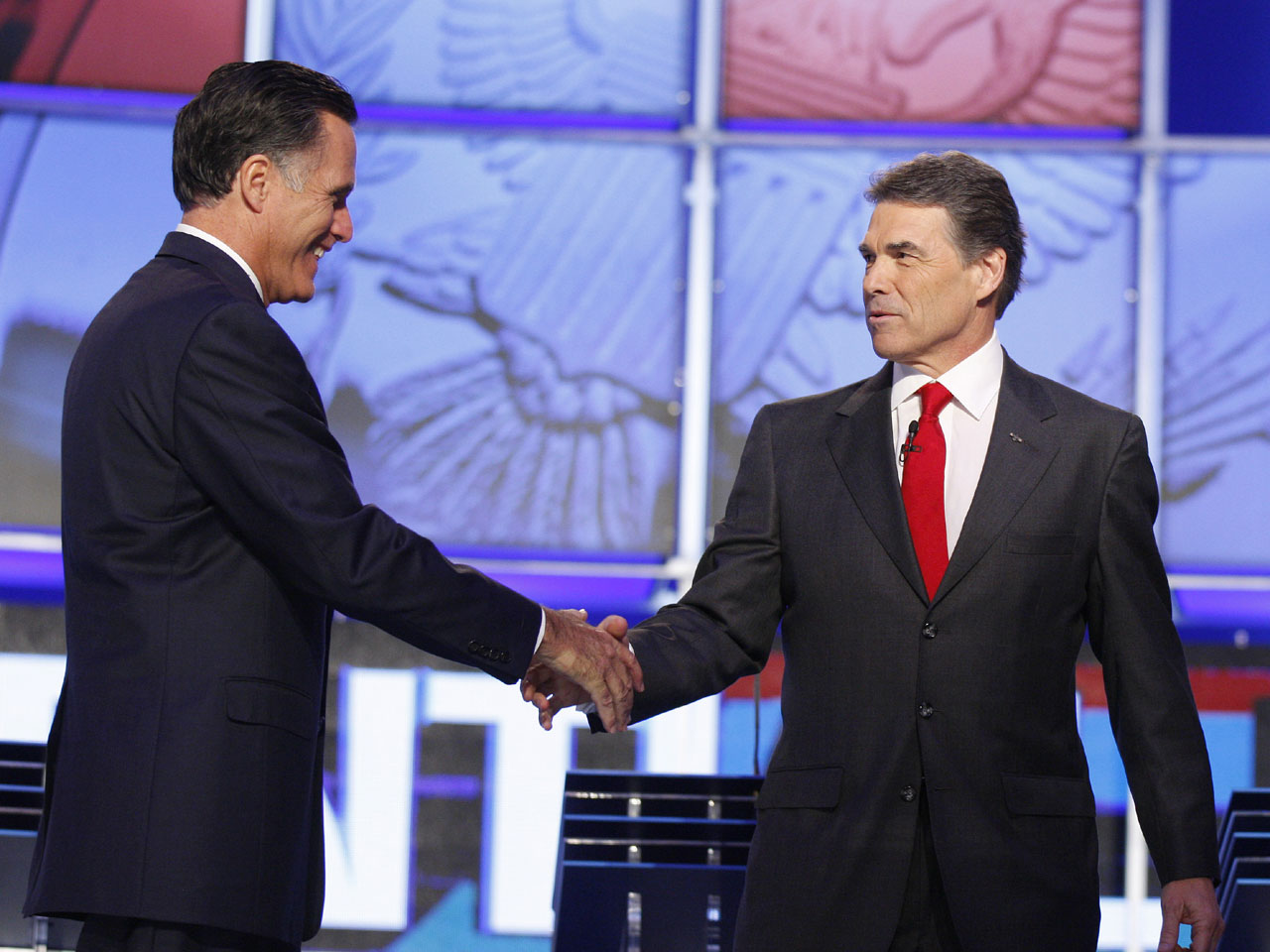 Republican presidential candidate and Texas governor Rick Perry said Tuesday that "it's time for us to have a serious discussion about defunding the United Nations."

At the Republican presidential debate in Las Vegas, Perry was asked, "Why do we continue to send foreign aid to other countries when we need all the help we can get for ourselves?"

After saying "I think it's time for this country to have a very real debate about foreign aid," he turned to the U.N., pointing to the Palestinian statehood push in order to criticize the organization.

"When you think about the Palestinian Authority circumventing those Oslo Accords and going to New York to try to create the conflict and to have themselves approved as a state without going through the proper channels is a travesty," he said. "And I think it's time not only to have that entire debate about all of our foreign aid, but in particular the U.N. Why are we funding that organization?"

Cain's rivals: We love you, but we hate 9-9-9
Romney: It's "dangerous" to choose president based on religion
Romney's "credibility" on health care attacked

Perry won cheers and applause for the comment and for his earlier call for a "serious discussion" of defunding the organization.

After Perry finished, Mitt Romney defended the notion of foreign aid, saying it plays a role in national defense. But he added that "we're spending more on foreign aid than we ought to be spending."

Ron Paul, a vocal opponent of U.S. military intervention abroad, said foreign aid "should be the easiest thing to cut."

"It's not authorized in the Constitution that we can take money from you and give it to particular countries around the world," he continued. "To me, foreign aid is taking money from poor people in this country and giving it to rich people in poor countries. And it becomes weapons of war."


Paul said he would cut aid to Israel, which he said "teaches them to be dependent." Michele Bachmann quickly disagreed, calling Israel "our greatest ally." She added, however, that she supported cutting foreign aid in general and said American should be "reimbursed by nations that we have liberated."

"We should look to Iraq and Libya to reimburse us for part of what we have done to liberate these nations," said Bachmann.