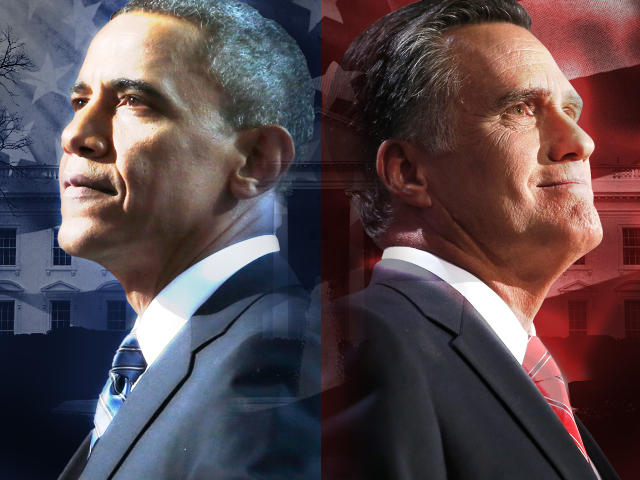 In the latest Washington Post/ABC News tracking poll, Romney leads the president by 3 points among likely voters, 50 percent to 47 percent. The same poll yesterday put the Romney ahead by one point, 49 percent to 48 percent. Both results were within the poll's margin of error. The Post/ABC poll surveyed 1,386 likely voters between October 21 and 24, incorporating two nights of responses collected after the final presidential debate.

The results are mirrored by the latest Gallup daily tracking poll, which also shows Romney edging the president 50 percent to 47 percent. That finding was also within the margin of error for the poll, which surveyed 3,000 likely voters over seven days. Romney's lead in the Gallup poll has dwindled from recent highs. Last Sunday, Gallup showed the GOP nominee with a 7 point advantage over the president.

Despite Romney's lead in polls nationally, Mr. Obama holds small leads in a number of crucial swing states, including Ohio, Wisconsin and Nevada.