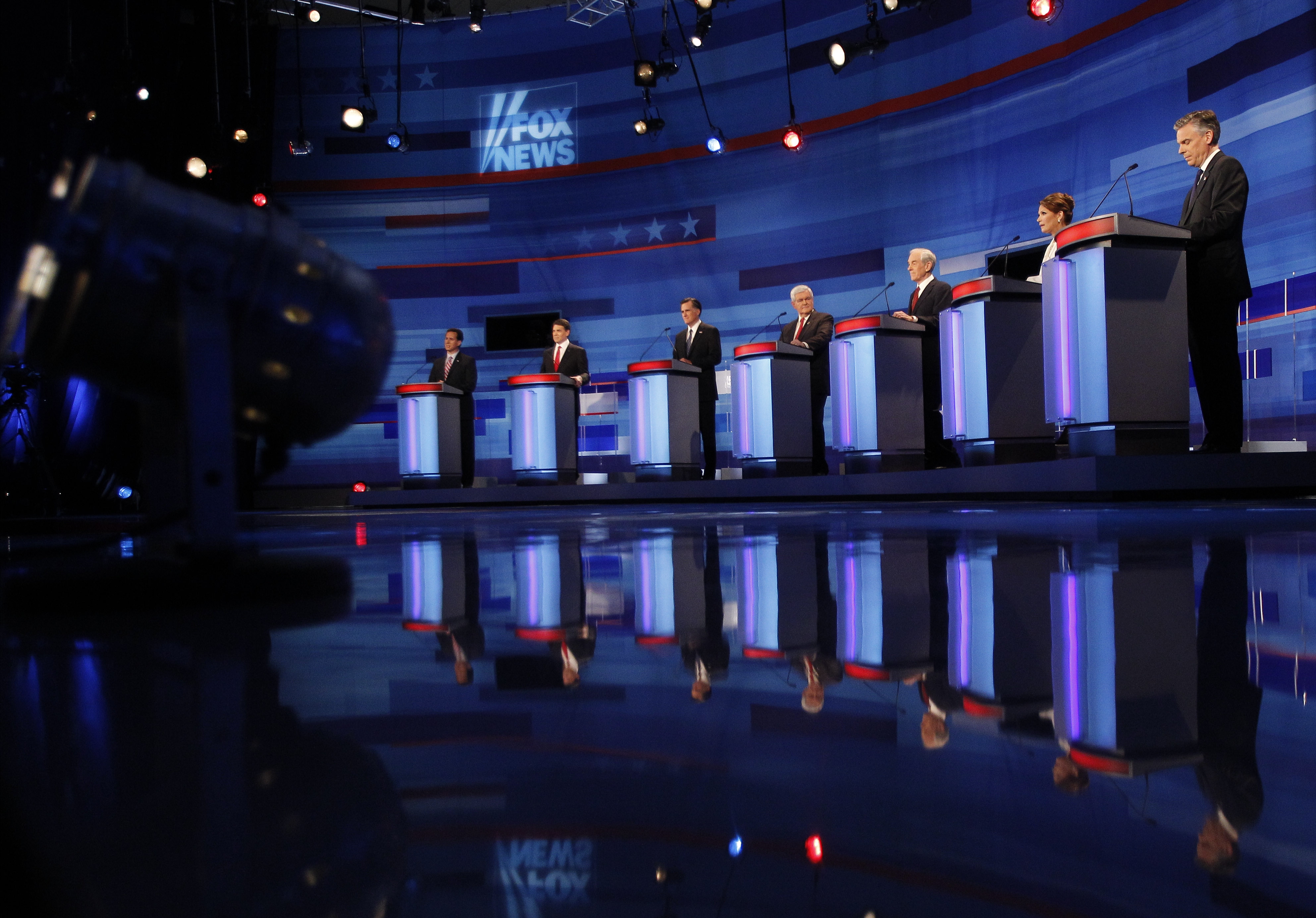 During a Republican presidential debate in Sioux City, Iowa, the former Massachusetts governor called the proposal, which resembles a proposal Romney had earlier made, the result of politicians in both parties caring about "America in a critical time." Republican Rep. Paul Ryan of Wisconsin and Democratic Sen. Ron Wyden of Oregon put forth the proposal that would provide seniors a subsidy called "premium support" that would give them the option to receive traditional Medicare- a government-run health insurance -or the option to buy private insurance. The plan would go into effect in 2022 and the Medicare eligibility age would remain at 65. The White House slammed the plan today saying it would "end Medicare as we know it for millions of seniors." Romney called the Wyden-Ryan plan "good news," and said it was a "big day for our kids and grandkids" because the plan could deal with the country's mounting debt, which has the "potential of crushing our future generations." White House Press Secretary Jay Carney said today that the Obama administration is concerned the new proposal "would undermine, rather than strengthen, Medicare." Earlier in the year, Ryan introduced a more conservative idea that would have entirely phased out government-run Medicare in favor of providing "premium support" vouchers for private insurance. Democrats rebuffed that plan with the same rebuke, that "it would end Medicare as we know it." Romney said he hopes people grasp just "how big today is for our country."