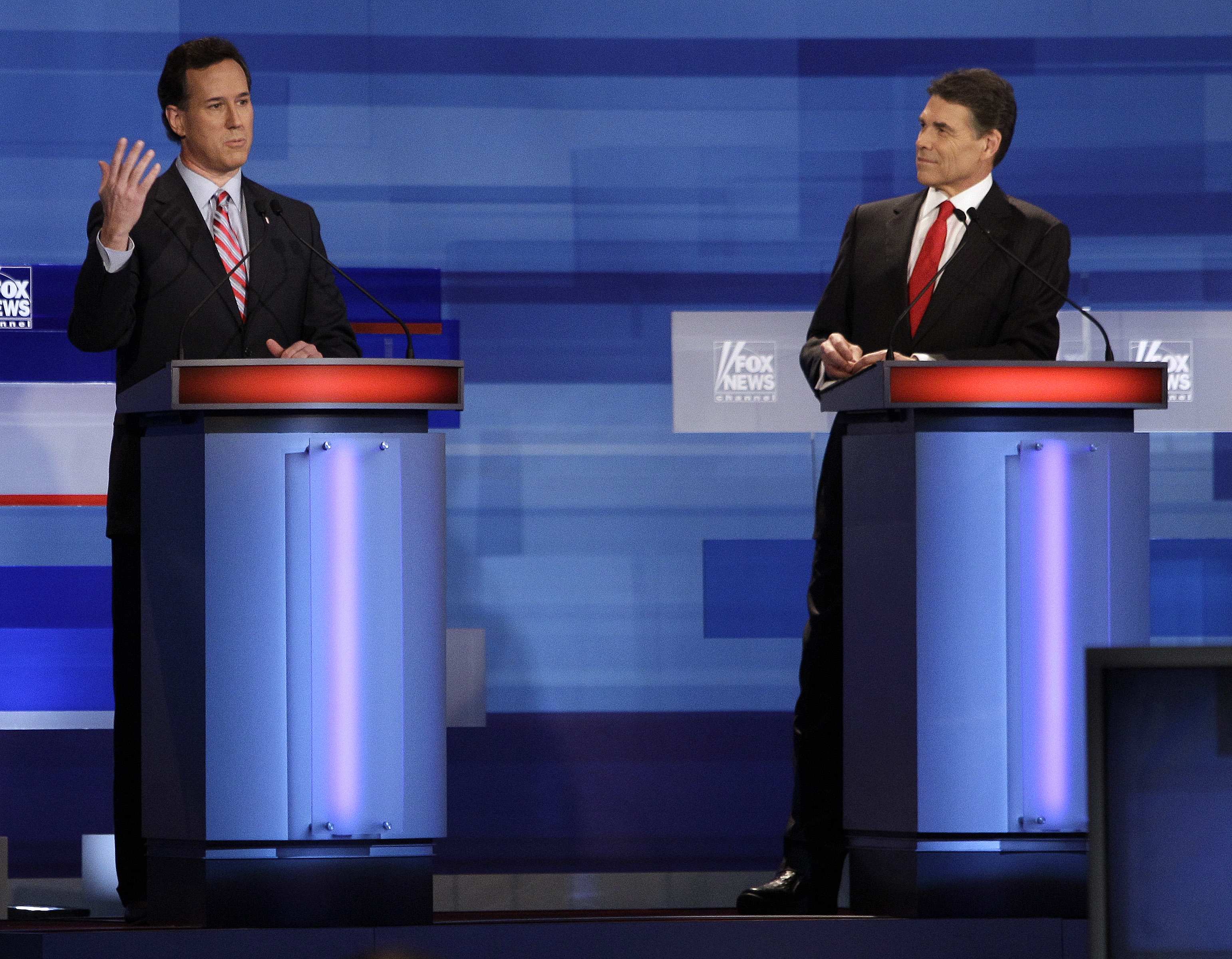 Two Republican White House hopefuls called for U.S. Attorney General Eric Holder to resign Thursday, even though he has said he only learned of the controversial aspects of the Fast and Furious operation earlier this year.

"If I'm the president of the United States and I find out there is an operation like Fast and Furious, and I found out my attorney general didn't know about it, I would have him resign immediately," Texas Gov. Rick Perry said in the Thursday debate, hosted by Fox News in Sioux City, Iowa.

In Fast and Furious, the Bureau of Alcohol Tobacco & Firearms secretly encouraged gun dealers to sell to suspected traffickers for Mexican drug cartels to go after the "big fish." But ATF whistleblowers told CBS News and Congress it was a dangerous practice called "gunwalking," and it put thousands of weapons on the street. Many were used in violent crimes in Mexico.

Wednesday was the one-year anniversary of the death of the border patrol agent Brian Terry, who was gunned down in Arizona near the Mexican border by illegal immigrants armed with weapons from the operation.

Perry criticized President Obama for traveling to the U.S.-Mexico border in Texas and saying it's safer than it's ever been.

"Our law enforcement... face fire from across the border," he said. "It is not safe there."

Former Pennsylvania Sen. Rick Santorum also said he would fire Holder if he were president.

"This is something he should've been aware of, something that shouldn't have started in the first place," he said, adding, "We need to pay much more attention to what's going on in our own hemisphere."

"We need a brand new initiative.. that says we will promote our values in this region and stop the spread of terrorism in Central and South America," he said.