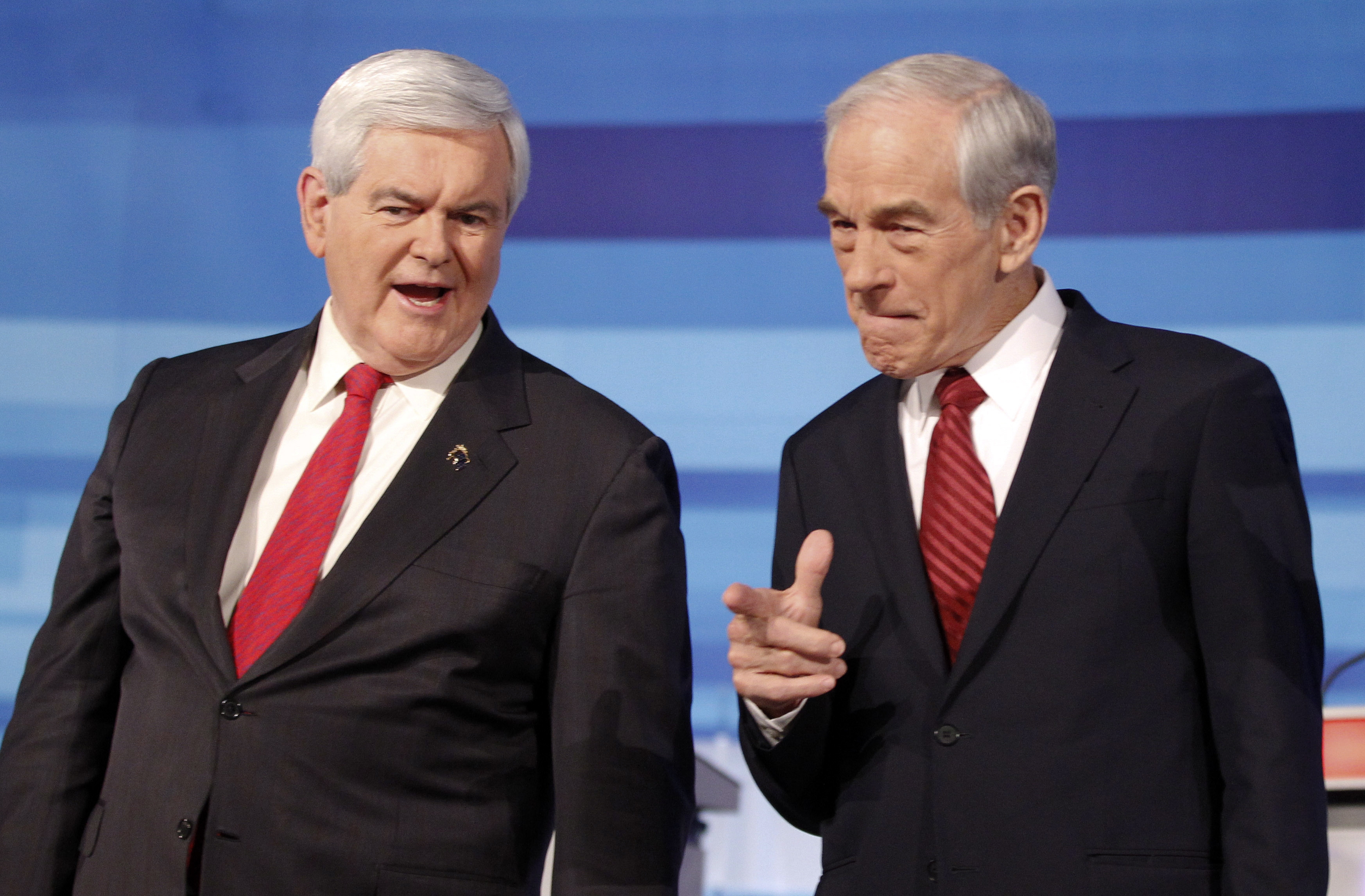 Republican presidential candidate Newt Gingrich on Thursday night brushed off concerns about his electability by comparing himself to former President Ronald Reagan.

Ahead of the 1980 election, Republicans had concerns about Reagan's electability, Gingrich said in Republican presidential debate Thursday, hosted by Fox News in Sioux City, Iowa. But he ended up defeating President Jimmy Carter because people saw "he believes what he's talking about, he has big solutions," Gingrich said.

"I believe I can debate Barack Obama, and I think in seven three-hour debates, Barack Obama will not have a leg to stand on" to defend his record, Gingrich said.

As the latest frontrunner in the race, Gingrich has taken hits from his GOP rivals (former Massachusetts Gov. Mitt Romney has called him an "unreliable" conservative) and other influential Republicans (Republican Iowa Gov. Terry Branstad said Thursday he isn't sure Gingrich has the discipline to be president).

Gingrich defended himself against both charges by pointing to his record in the House, where he led a new GOP majority and brought about welfare reform and balanced the budget. He pointed out the American Conservative Union has given him a 90 percent rating for his 20 years of congressional votes. Gingrich called it "laughable" to think his conservative credentials would be questioned.

Meanwhile, Rep. Ron Paul also brushed off concerns about his electability. Because of his staunchly libertarian views, many consider Paul a fringe candidate, in spite of his relatively strong standing in some polls.

Paul said, "Fortunately for the Republican party this year, probably anybody up here could beat Obama."

The congressman acknowledged his views differ from his GOP rivals' on issues like foreign policy, but he says his views resonates with voters because "the philosophy I'm taking about is independence and freedom. I see this philosophy as being very electable."