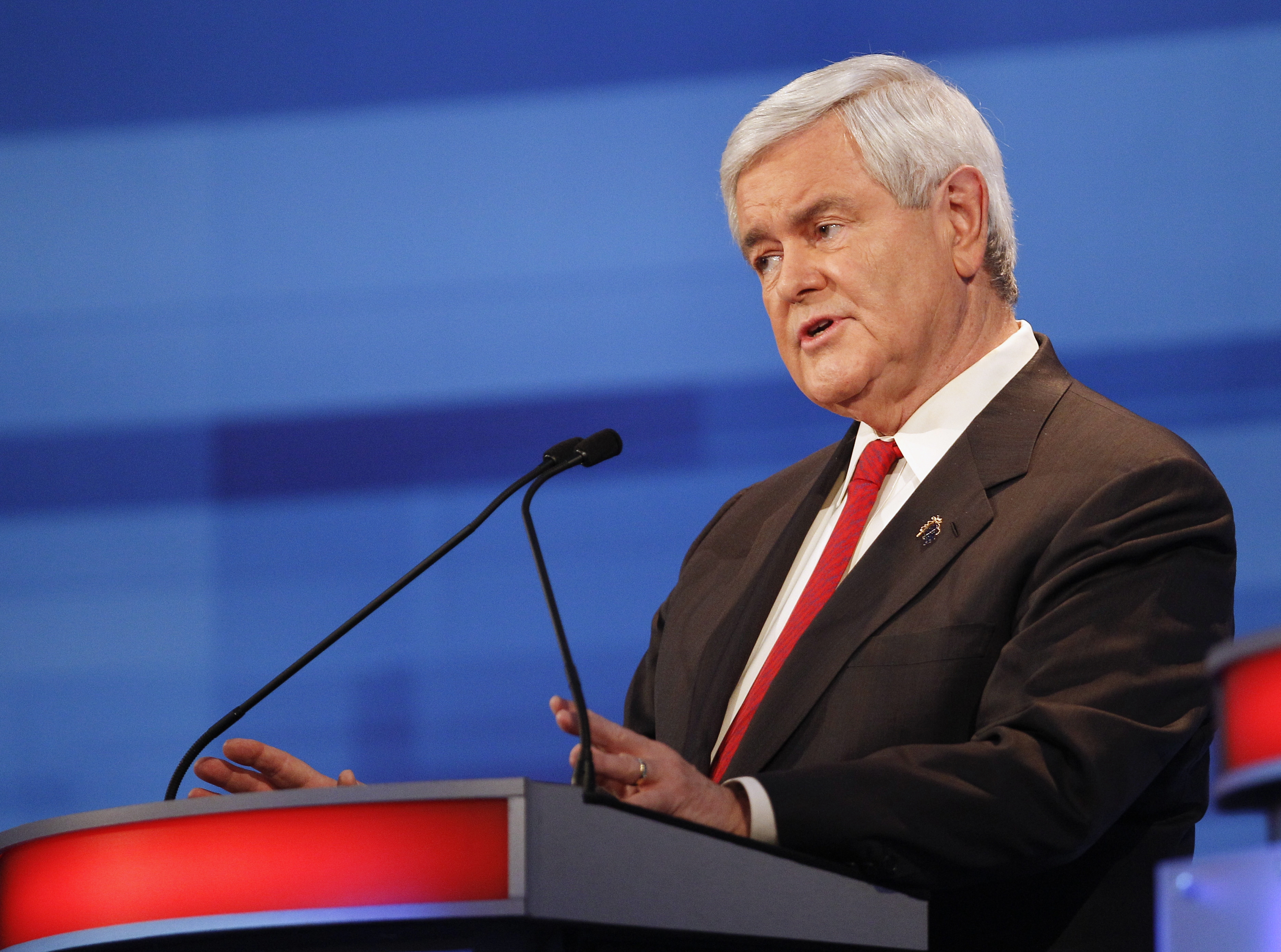 After brief respite from criticism for taking money from mortgage giant Freddie Mac, Gingrich was the target of such attacks again Thursday night in the last debate before Iowa Republican voters begin the process of picking their nominee for president.

Minnesota Rep. Michele Bachmann blasted the former House speaker, reminding the debate audience in Sioux City, Iowa that "the speaker had his hand out" and "cashed paychecks" from Freddie Mac to the tune of at least $1.6 million.

"That's absolutely wrong," she said, "we can't have as our nominee... someone who continues to stand for Freddie Mac," which guarantees mortgages made by banks.

Bachmann clearly got under Gingrich's skin. The former speaker said Bachmann's claims were "factually not true," adding that he "never lobbied in any circumstance" for the firm.

Bachmann responded that "you don't need to be within the technical definition of being a lobbyist to be influence peddling... to get [lawmakers] to do your bidding."

Conservatives often criticize Freddie Mac and sister firm Fannie Mae for exacerbating the 2008 financial crisis by fueling excessively cheap mortgages with their implicit guarantee from Uncle Sam. Amid mounting losses, the two quasi-government firms were seized by the Bush administration in 2008 and placed under total government control. The two firms have since taken more than $170 billion in taxpayer funds to provide stability to the struggling housing market.

Fox News debate moderator Brett Baier pointed out that in a previous debate, Gingrich said that Rep. Barney Frank, former Sen. Chris Dodd and Federal Reserve Chairman Ben Bernanke should be imprisoned for their roles in the financial meltdown. He pointed out that such statements could look hypocritical given that Gingrich supports government policy to encourage home ownership.

Gingrich defended his earlier remarks by saying that "Barney Frank was in public office with direct power over Freddie Mac [and] he exploited that power... I was a private citizen, engaged in a business like any other business."

"We should have as a goal helping as many Americans as possible help buy homes," he said, defending the concept of government sponsored enterprises as a useful model in various circumstances.

Rep. Ron Paul blasted Gingrich for his endorsement of the hybrid structure, calling such enterprises part of "the worst kind of economy."

"Some people say if it goes to the extreme it becomes fascism because big business and big government get together," Paul said.

Paul has hammered Gingrich for his affiliation with Freddie Mac in ads, including one called "Selling Access" and one called "Serial Hypocrisy."