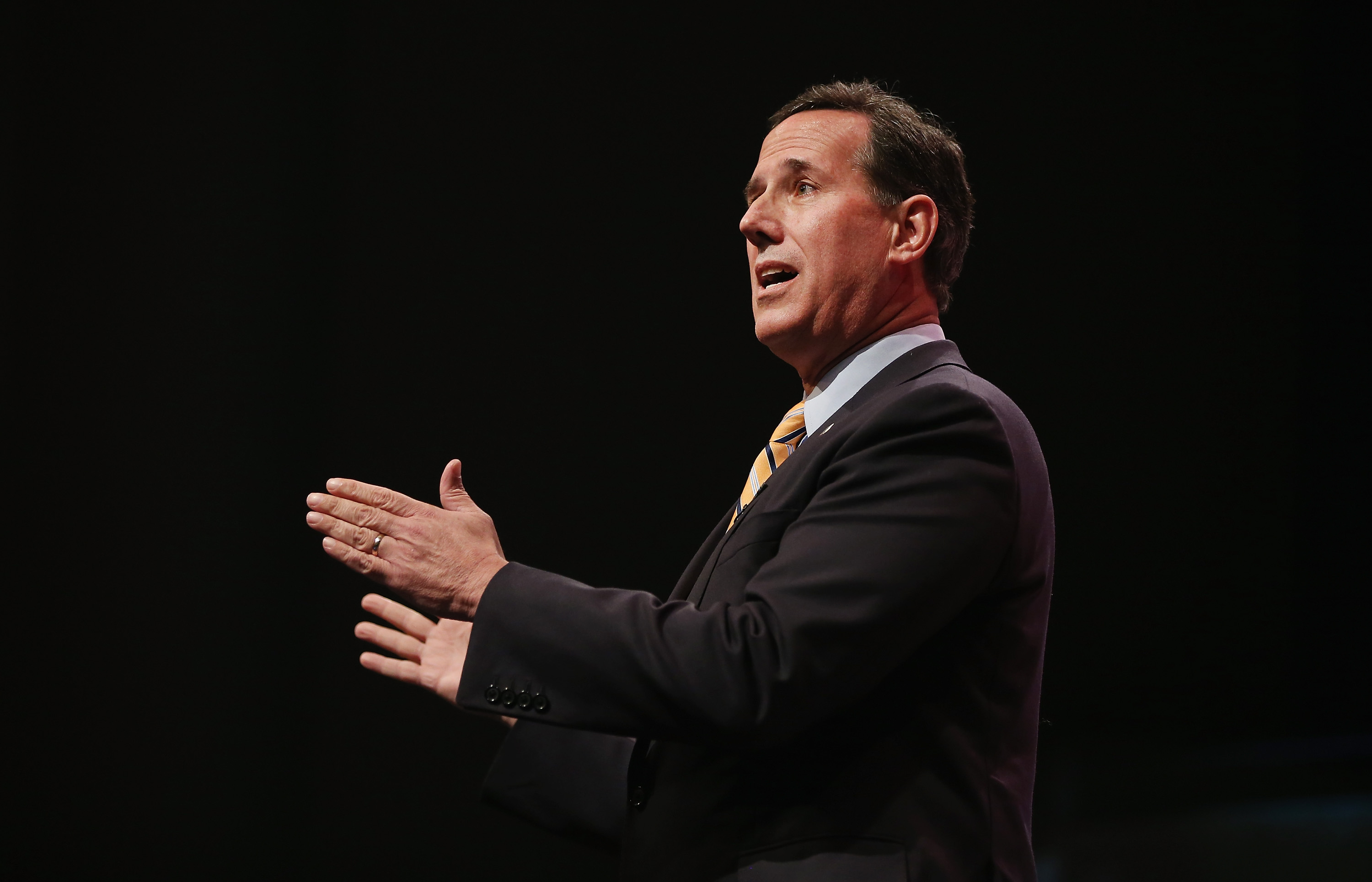 Former Pennsylvania senator and potential Republican presidential candidate Rick Santorum said that he believes Bruce Jenner -- a former Olympic athlete who recently came out on national television as transgender -- is a woman.

"If he says he's a woman, then he's a woman," Santorum said to reporters Saturday at the South Carolina Republican convention. "My responsibility as a human being is to love and accept everybody. Not to criticize people for who they are."

The conservative Santorum recently made headlines with his strict views on same-sex marriage, saying that he would not attend a same-sex wedding because it "would be a violation of my faith." He has also opposed civil unions for same-sex couples and has previously raised the specter of polygamy when defending his stance against homosexuality.

But when Jenner, now a reality television star along with his family, said "for all intents and purposes, I am a woman" in an ABC News interview last Friday, Santorum responded that the public should react in a "compassionate and respectful" manner.

"I can criticize, and I do, for what people do, for their behavior. But as far as for who they are, you have to respect everybody, and these are obviously complex issues for businesses, for society," the former Republican lawmaker said. "And I think we have to look at it in a way that is compassionate and respectful of everybody."

"So these are tough issues. I haven't got into the whole issue, and I don't think the federal government should get into the whole issue of bathrooms," Santorum said. "I think those are things that the business community and local agencies and organizations should deal with."