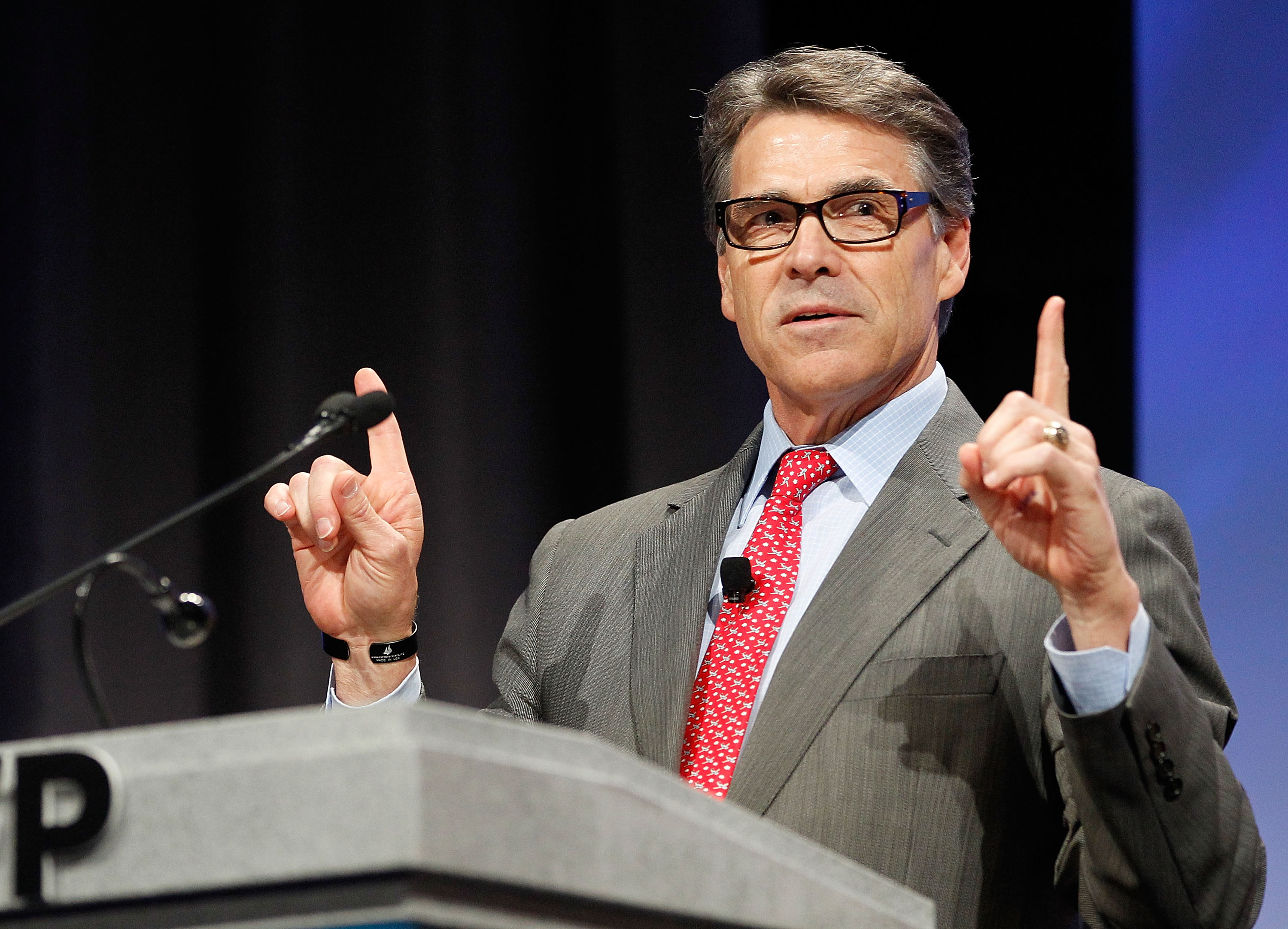 DALLAS - Gov. Rick Perry, R-Texas, wasted little time pouncing on President Obama's "we don't have a strategy yet" comments about removing the threat of the Islamic State of Iraq and Syria (ISIS) in the Middle East, accusing the White House of "dithering and debating" the threat posed by the violent militant faction.

"Yesterday, the president admitted he had no strategy to deal with ISIS," Perry said in remarks Friday at a summit put on by Americans for Prosperity, an influential conservative organization backed by the billionaire industrialist Koch brothers. "The deepening chaos in Iraq, Syria, Gaza, and Ukraine is all the clear and compelling evidence the world needs of a president one step behind, lurching from crisis to crisis, always playing catch up."

Mr. Obama is currently weighing whether to order airstrikes against ISIS targets in Syria, which many experts say is necessary in order to defeat the Islamic militant group that has taken over vast swaths of territory in the region.

Friday's speech offered an opportunity for Perry to play up his conservative credentials as Republicans grow leery about how his recent indictment - though unlikely to lead to conviction - will affect a potential 2016 presidential run.

Since being accused of leveraging his veto power last summer to try to oust a Democratic district attorney who was convinced of drunk driving, Perry has gained favorable attention nationally by dismissing the ordeal as a political ploy. But at least one notable conservative, Richard Viguerie, has called into question the governor's conservatism given his choice for legal counsel.

Perry is among a string of Republicans mulling 2016 White House bids who is addressing thousands of delegates this weekend at the AFP summit. Also speaking are tea party-backed Sens. Rand Paul and Ted Cruz as well as Indiana Gov. Mike Pence.

While most Republicans routinely criticize Obama's foreign policy, there are deepening divisions within the GOP over how to move forward with ISIS. The broader debate pits those who favor the GOP's traditional muscular foreign policy - a group that includes Perry and Florida Sen. Marco Rubio - and those, like Paul and Cruz, who prefer a smaller international footprint. The so-called isolationist approach plays well with tea party activists and a war-weary public, but worries many GOP officials and donors who prefer an aggressive American role in world affairs.

Addressing the conservative gathering in Dallas on Friday, Pence didn't mention Obama's speech during his prepared remarks - and ducked a chance to ding the president in comments afterward.

"I didn't hear his remarks, and I haven't read them," Pence told The Associated Press. "But the president of the United States is the commander of chief of our armed forces. I wouldn't want to prejudge what his military advisers counsel."

Paul was speaking later in the day, but said via email that if he were president, he'd convene a joint session of Congress and "lay out the reasoning of why ISIS is a threat to our national security." He said he'd further "seek congressional authorization to destroy ISIS militarily."