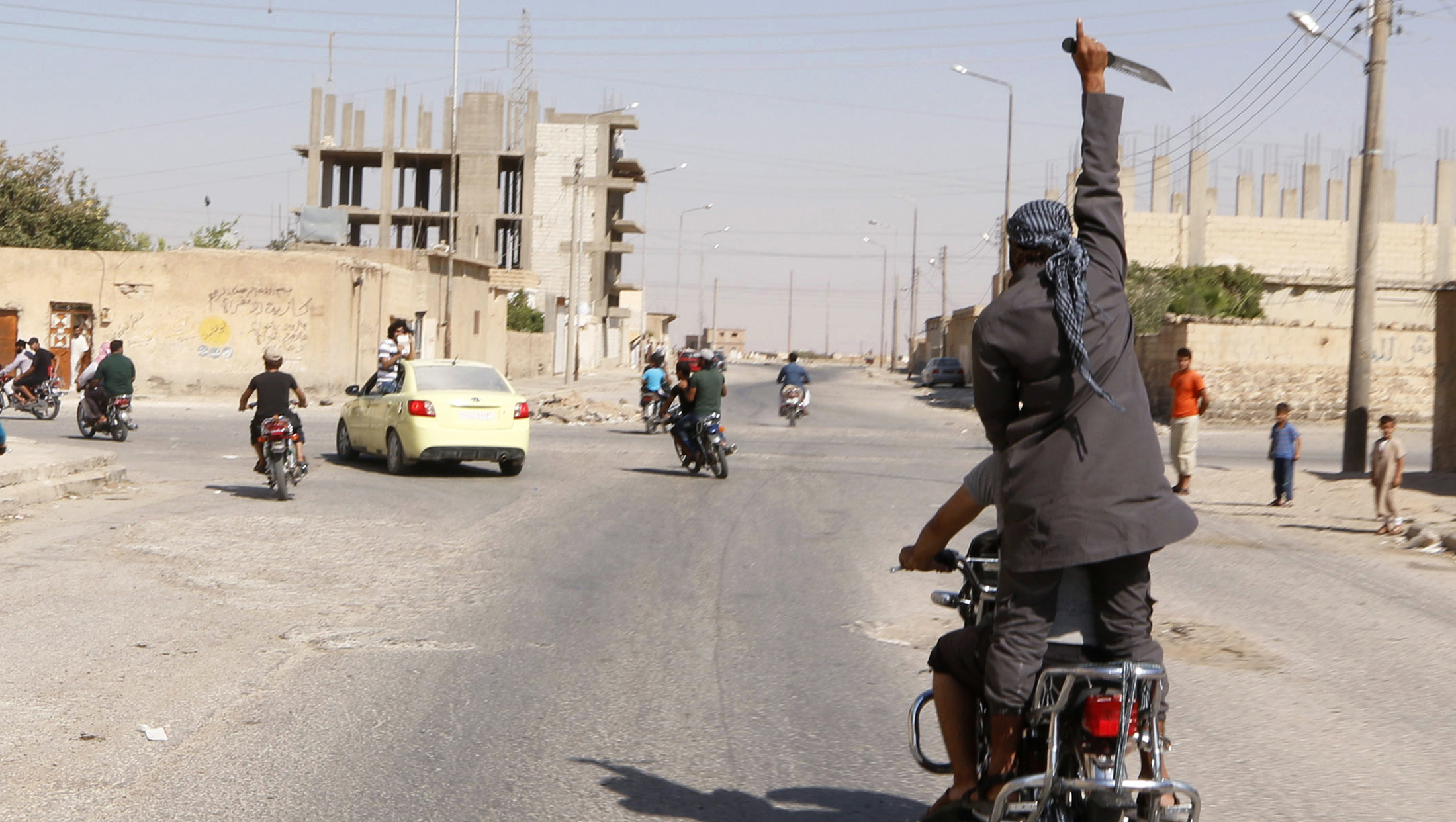 Syria said today it's willing to cooperate with the United States to put down the Sunni Muslim terrorist group known as ISIS. But the foreign minister warned against any attacks against ISIS targets in Syria -- without Syrian permission.

President Obama has made no decision on that, but as CBS News correspondent David Martin reports, the U.S. military will be ready.

The Pentagon has begun planning for air strikes using both manned and unmanned aircraft to attack ISIS targets inside Syria. The strikes would be designed to disrupt ISIS operations and kill its senior leaders.

Current air strikes have been limited to ISIS forces in Iraq that threaten either American facilities in the cities of Baghdad and Erbil, or large segments of the Iraqi population such as the Yazidi religious minority. Those strikes have stalled the ISIS advance across northern Iraq, but left its center of power in Syria untouched.

Over the weekend, ISIS captured a Syrian air force base, solidifying its hold on the entire province surrounding the city of Raqqa. The area is far from the capital of Damascus and as a result Pentagon planners do not believe Syrian air defenses would pose a significant threat to American warplanes.

The Chairman of the Joint Chiefs of Staff Gen. Martin Dempsey said Sunday there is no evidence ISIS is actively plotting to attack the U.S. or Europe and intelligence analysts do not believe ISIS has the ability to conduct a Sept. 11-scale attack.

But ISIS has already executed one American, journalist James Foley and has dozens of U.S. citizens in its ranks who are a threat to return to the states to carry out lone wolf attacks.

Whatever President Obama decides, airstrikes alone will only disrupt ISIS, not defeat it. This is just the beginning of what could be another very long war.