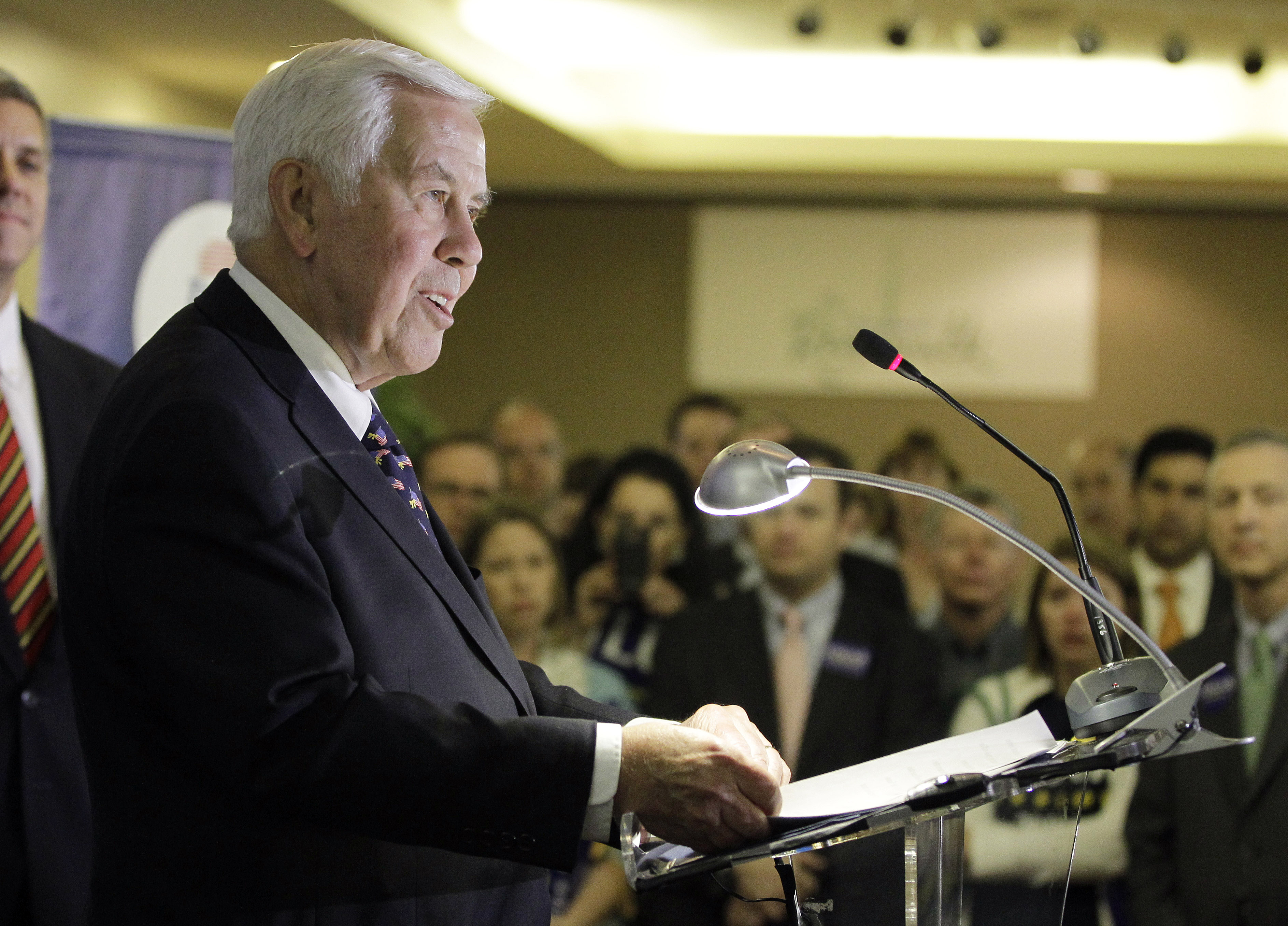 With 99 percent of the vote in, Lugar trailed Mourdock 61 percent to 39 percent. The 80-year-old senator congratulated Mourdock in brief remarks to supporters Tuesday night and said he hoped his primary rival would win in November, though he later released a critical statement hammering Mourdock's "unrelenting partisan mindset."

Lugar's exit from the Senate could contribute to the further polarization of an already bitterly-divided Congress.

Lugar has served in the Senate since 1976. The top Republican on the Senate Foreign Relations Committee, he is known for his extensive work on crafting bipartisan foreign policy, which has included reaching across the aisle to pass legislation with Democrat Sam Nunn to disarm nuclear warheads in the former Soviet Union. Lugar's willingness to work with Democrats made him a target: Mourdock ran ads showing President Obama discussing reaching out to Lugar as evidence that the six-term senator should be defeated.

In his remarks Tuesday evening, Lugar said he believes "our political system still can work."

"I believe that people of goodwill, regardless of party, can work together for the benefit of our country," he added.

The 60-year-old Mourdock, who told the New York Times it is "time for confrontation" as opposed to collegiality, also criticized Lugar for supporting the financial bailout, President Obama's Supreme Court nominees and raising the debt limit. His message was amplified by the Tea Party-aligned FreedomWorks, which held "activist training" sessions and made phone calls on Mourdock's behalf, and the super PAC Club for Growth, which spent more than $1.4 million on the race. (Lugar's campaign, which had spent $6.7 million on the race as of April, did significantly outspend Mourdock's, which had spent $2 million as of April.)

Mourdock and his allies also spotlighted the fact that Lugar no longer seemed to live in the state that he represents: In March, he was declared ineligible to vote in his home precinct, having effectively moved his family to suburban Washington in 1977 after selling his house in Indiana.

They also argued that despite his lifetime rating of 77 out of 100 from the American Conservative Union - a rating that reflects a relatively conservative voting record - Lugar had drifted to the left of the conservative Indiana Republican electorate.

In his remarks Tuesday evening, Mourdock called Lugar a "truly great public servant" who "deserves the respect of each and every one of us." He later said that the Tea Party played a "vital role" in his victory, which he attributed to Indiana Republicans wanting a senator who will follow "a more conservative track."


In a prepared statement after his remarks Tuesday night, Lugar was harshly critical of Mourdock, saying that if he wants to be a good senator, "that will require him to revise his stated goal of bringing more partisanship to Washington."

"He and I share many positions, but his embrace of an unrelenting partisan mindset is irreconcilable with my philosophy of governance and my experience of what brings results for Hoosiers in the Senate," he continued. "In effect, what he has promised in this campaign is reflexive votes for a rejectionist orthodoxy and rigid opposition to the actions and proposals of the other party...This is not conducive to problem solving and governance. And he will find that unless he modifies his approach, he will achieve little as a legislator. Worse, he will help delay solutions that are totally beyond the capacity of partisan majorities to achieve."

The Indiana race was being closely watched in the Senate, where it was taken as the latest sign that cooperation across the aisle may well result in defeat. The 2010 midterm elections resulted in the defeat of Utah Sen. Robert Bennett, who had a similar reputation to that of Lugar, at the hands of Tea Party activists.

"This is a tough period in American politics, but I'd like to think that we'll again see a United States Senate where Dick Lugar's brand of thoughtful, mature, and bi-partisan work is respected and rewarded," he said. "That kind of seriousness of purpose should never go out of fashion."

Added President Obama in a statement: "While Dick and I didn't always agree on everything, I found during my time in the Senate that he was often willing to reach across the aisle and get things done."

Other Democrats celebrated Mourdock's victory, which they said would put the seat up for grabs. (One Democratic poll in March showed The Democratic candidate, Rep. Joe Donnelly, leading Mourdock in a head-to-head race.) Republican need a net gain of four seats to take control of the Senate, and they are expected to at least come close to doing so. Donnelly, a conservative Democrat, supports gun rights and the Keystone pipeline and opposes abortion rights and climate change legislation.