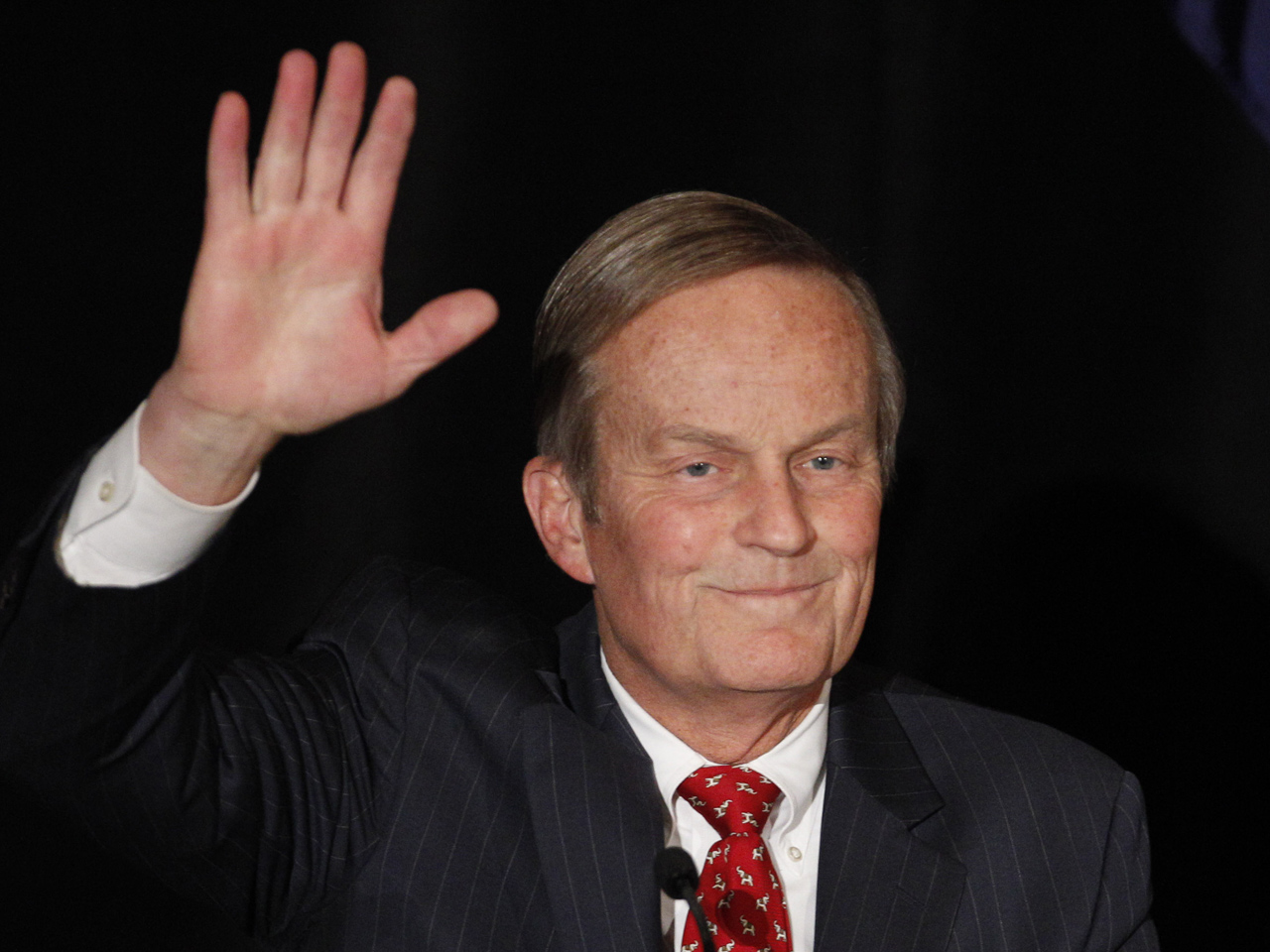 (CBS/AP) ST. LOUIS - In an interview, Rep. Todd Akin, Missouri's Republican Senate candidate, has questioned whether women can become pregnant when they're raped.

St. Louis television station KTVI released an interview with Akin Sunday in which the congressman said that pregnancy from rape is "really rare." A video of the interview is posted on the station's website.

"If it's a legitimate rape, the female body has ways to try to shut that whole thing down," Akin said, according to The Washington Post.

Akin added: "But let's assume that maybe that didn't work or something. I think there should be some punishment, but the punishment ought to be on the rapist and not attacking the child."

Akin has said he opposes most abortions.

Later Sunday, Akin issued a statement trying to walk back some of the remarks. According to the Post, the statement reads: "In reviewing my off-the-cuff remarks, it's clear that I misspoke in this interview and it does not reflect the deep empathy I hold for the thousands of women who are raped and abused every year. I recognize that abortion, and particularly in the case of rape, is a very emotionally charged issue. But I believe deeply in the protection of all life and I do not believe that harming another innocent victim is the right course of action."

The Romney campaign released a statement denunciating Akin's words, saying: "Governor Romney and Congressman Ryan disagree with Mr. Akin's statement, and a Romney-Ryan administration would not oppose abortion in instances of rape."

Akin has served six terms and has said he's Missouri's most conservative congressman. His opponent in the senate election, Democratic Sen. Claire McCaskill, said she was outraged by the comments.

"It is beyond comprehension that someone can be so ignorant about the emotional and physical trauma brought on by rape," McCaskill said in a statement, according to the Post. "The ideas that Todd Akin has expressed about the serious crime of rape and the impact on its victims are offensive."

Although there appear to be no exact figures, RAINN, an anti-sexual violence charity, has said medical reports indicate that about 5 percent of all unprotected, one-time sexual encounters end up in pregnancy, and that percent can be applied to rape victims. Since the FBI estimates (PDF) that about 75,720 U.S. women were raped in 2009, that means as many as 3,786 pregnancies resulted from the assaults.