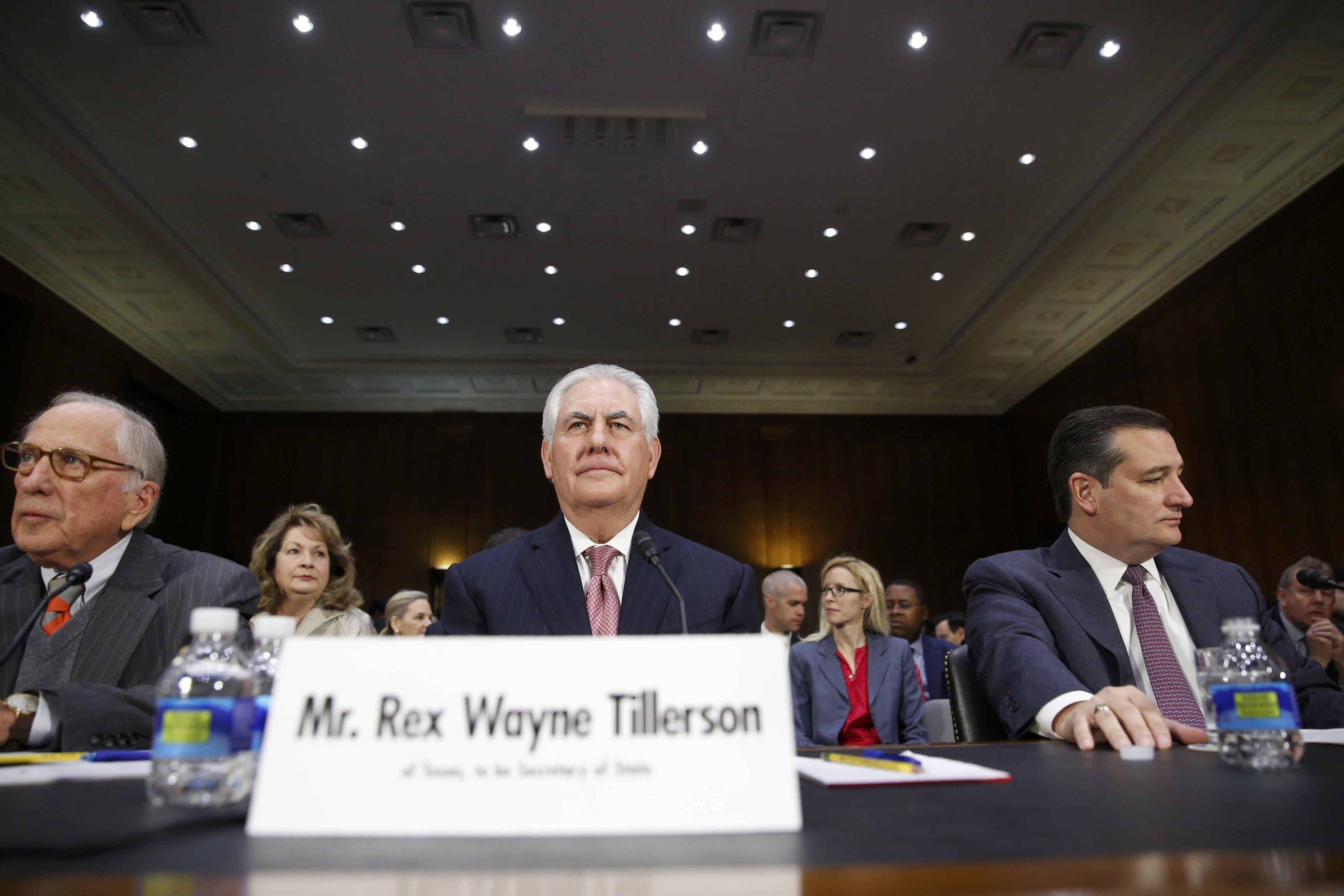 Secretary of State nominee Rex Tillerson did not rule out the idea of a U.S. registry for Muslims when he was asked about it his confirmation hearing Wednesday.

Asked by Sen. Jeanne Shaheen, D-N.H., if he would support a U.S. registry for Muslims, Tillerson told the Senate Foreign Relations Committee, “I would need to have a lot more information over how such an approach would be constructed.”

But Tillerson also added that if such a registry were used as a tool for vetting, it would probably extend to other groups.

Sen. Cory Booker, D-New Jersey, later pressed Tillerson on the registry again and Tillerson said, “I do not support targeting any particular group,” but he still seemed to leave the door open to some sort of database used for vetting people.

“No, I do not support a blanket-type rejection of any particular group of people,” he said.

However, another Trump cabinet pick rejected the idea of a Muslim database. On Tuesday, Homeland Security Secretary nominee Gen. John Kelly (ret.) agreed with Sen. Gary Peters, D-Mich., that such database would raise serious constitutional issues. He also said, “I don’t think it is ever appropriate to focus on something like religion as the only factor.”

Attorney General nominee Sen. Jeff Sessions rejected the idea of a Muslim ban during his confirmation hearing Tuesday. I do not support the idea that Muslims, as a religious group, should be denied admission to the United States,” Sessions said.

At the same time, Sessions suggested that he believes that religious beliefs, that embrace wanting to harm the U.S., can be taken into consideration in the vetting process and can be grounds to deny someone entry into the country.

Kansas Secretary of State Kris Kobach, who says he is advising the Trump transition team on immigration policies, told Reuters in November that confidants of Mr. Trump were discussing proposals to reinstate a registry for immigrants from Muslim countries. In the wake of the 9/11 attacks in 2001, Kobach helped implement the National Security Entry-Exit Registration System (NSEERS), which required noncitizen men from certain Muslim-majority countries living in the U.S. to register and continuously update the government about their whereabouts. It also required individuals to go before immigration officials for fingerprinting, photographing, and comprehensive questioning. After heavy criticisms from civil liberties groups, the Department of Homeland Security eventually ended the controversial program in 2011.

In late December the Obama administration announced it was officially scrapping NSEERS, though it has not used the program since Apr. 2011.