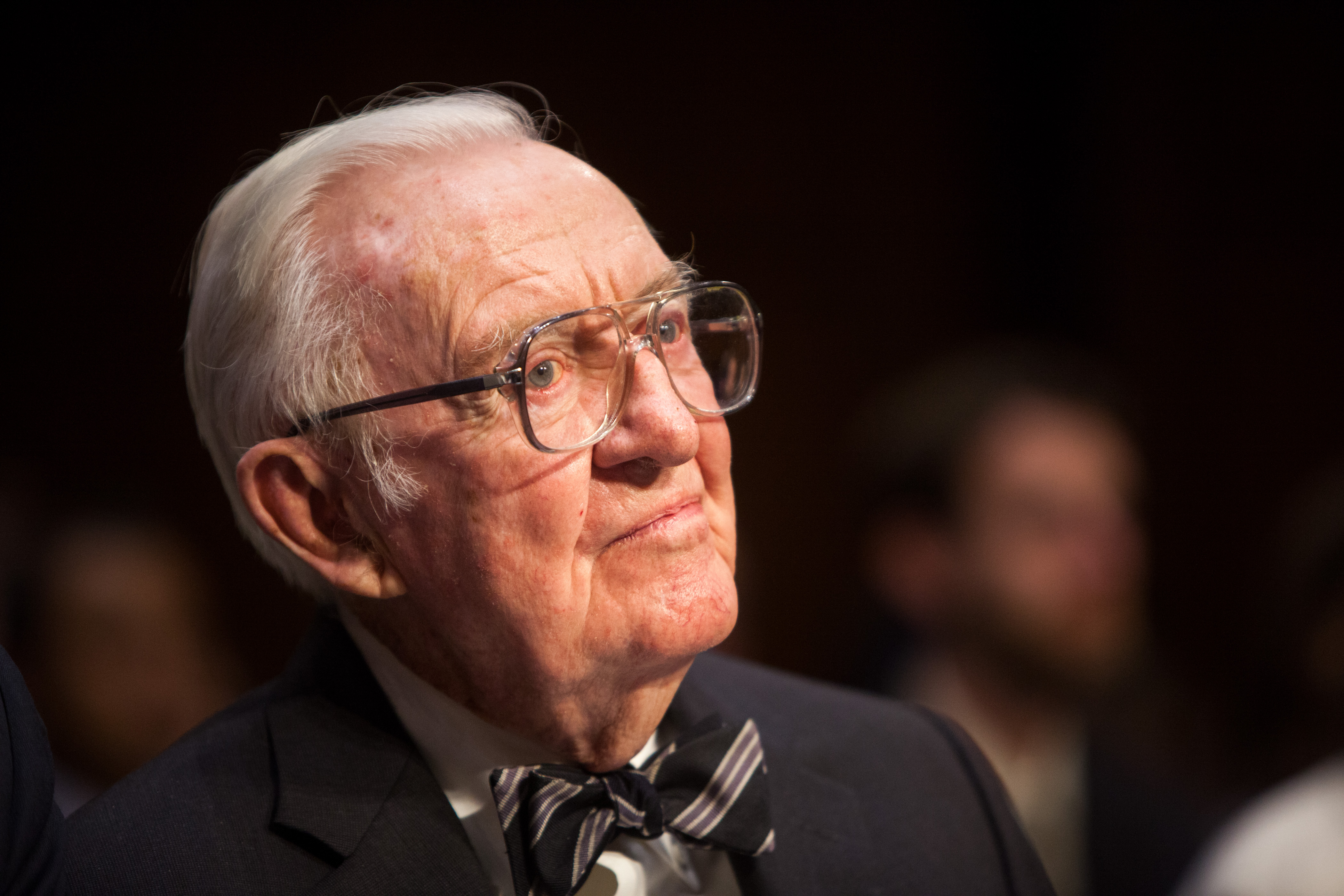 Retired Supreme Court Justice John Paul Stevens is calling for the repeal of the Second Amendment to allow for significant gun control legislation. The 97-year-old Stevens wrote in an op-ed for The New York Times on Tuesday suggesting a repeal would weaken the National Rifle Association's ability to "block constructive gun control legislation" and be a more "effective and more lasting reform."

"Concern that a national standing army might pose a threat to the security of the separate states led to the adoption of that amendment, which provides that "a well regulated militia, being necessary to the security of a free state, the right of the people to keep and bear arms, shall not be infringed." Today that concern is a relic of the 18th century," wrote Stevens.

In his essay, the former justice embraced legislation that would ban semiautomatic weapons, increase the minimum age for buying a gun from 18 to 21 years old, and establish a "more comprehensive" background check system on all purchases of firearms.

Stevens said the decision in that case, District of Columbia v. Heller, "has provided the N.R.A. with a propaganda weapon of immense power." Stevens retired from the court in 2010, after more than 35 years.

The former justice also said the "March for Our Lives" rally in Washington and similar demonstrations across the country "demand our respect," hailing the civic engagement of young children as a stepping stone to enacting legislation to "minimize the risk of mass killings of schoolchildren and others in our society."

Stevens added, "That simple but dramatic action would move Saturday's marchers closer to their objective than any other possible reform. It would eliminate the only legal rule that protects sellers of firearms in the United States — unlike every other market in the world. It would make our schoolchildren safer than they have been since 2008 and honor the memories of the many, indeed far too many, victims of recent gun violence."