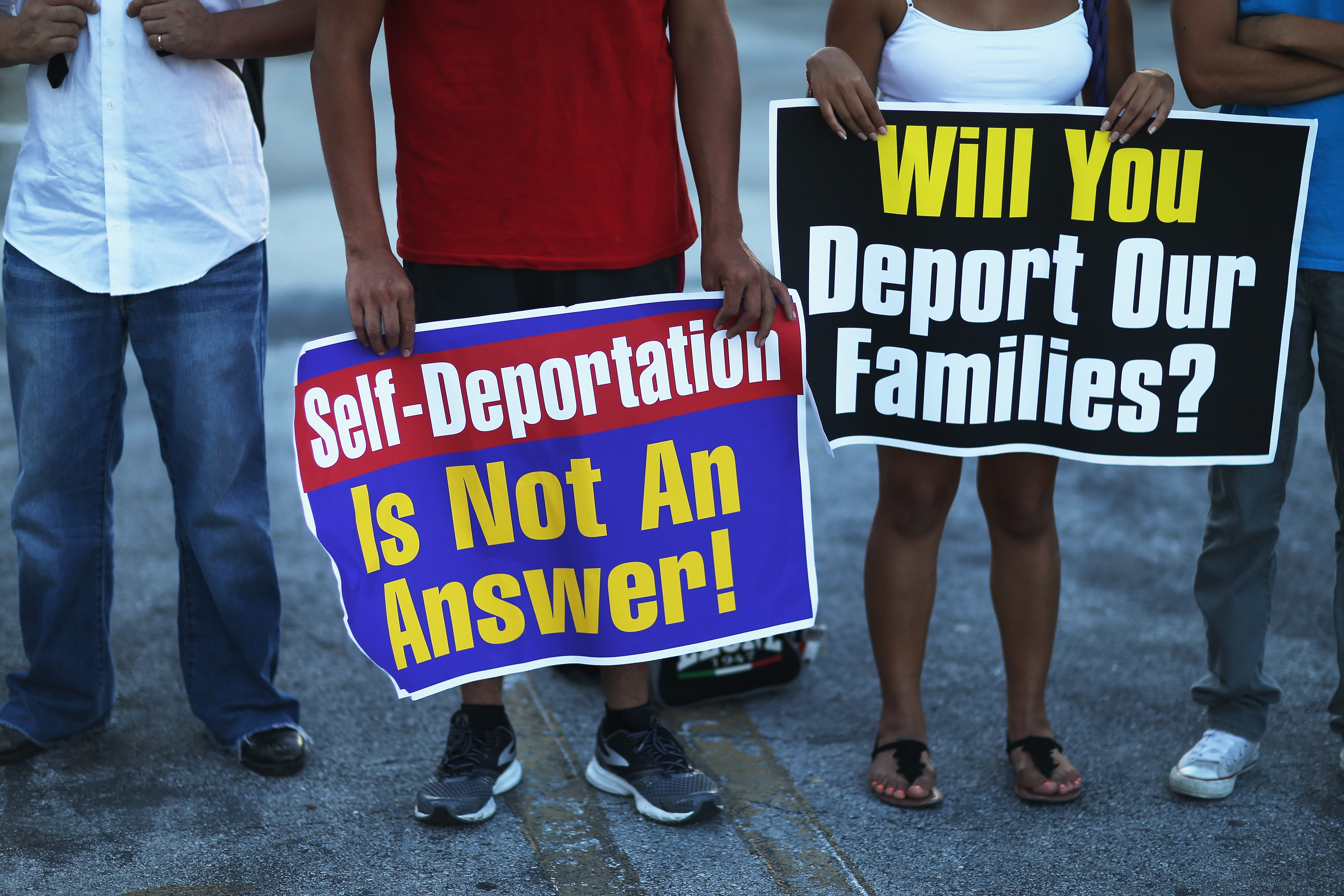 Few questions have consistently divided Republicans like immigration does, long before Donald Trump's comments, though the current framing and tenor is not the way party leaders had wanted it, nor other candidates, for that matter.

On overall policy, polling has consistently shown that while a sizeable portion of Republicans - including many, but not all, conservatives - take a hard line on illegal immigration, another of roughly the same size or larger sees things differently; they're accepting of a potential path to citizenship or some form of legalization. And these voter divisions may be mirrored in at least one key primary state, not just nationwide. (It might not have precluded the current debate, but those divisions are one reason reforms may have stalled in Congress, too.)

Recent CBS News polling shows the kind of breakdown on immigration policy we've routinely found for years, with just under half of Republicans saying undocumented immigrants should be required to leave. Another half are okay with some form of legalization, including just over a third of Republicans who would back a path to citizenship.

Those divisions make Republican voters hard to please, too: a recent Pew study showed the party's rank-and-file critical of their own party's handing of the issue, and recent CBS News polls shows many GOP voters feel the issue could be a dealbreaker for a candidate: they wouldn't consider voting for someone who disagreed with them. The operative difference next winter could ultimately be whether those who take the harder line are more likely to consider it a dealbreaker.

A recent Quinnipiac poll put the question to Iowa Republican caucus-goers and got similarly split overall views on policy:

Looking at the most recent presidential electorate from 2012, exit polls showed splits among Republican moderates and conservatives, too, as well as Tea Party voters; all of those subgroups have some disagreement within them. The exit polls ask the question as a two-part choice about illegal immigrants working in the U.S., with a chance to apply for legal status (but not expressly "citizenship") stated on one hand, and deportation to their country of origin listed as the other.

Looking at voters in the midterms, too, a somewhat lower percentage favored legalization 2014 than in 2012, perhaps at least partially a result of the border crisis that was in the news in the run-up to the midterms, and the fact that the midterm electorate is not as large and had contests concentrated across conservative-leaning states.

Of course, there's a difference in measures of policy preferences, such as how to manage the border or whether to offer a path to citizenship - and measures of personal views about immigrants themselves and what impact one believes they have on the country; the latter of which is dominating the discussion of the moment. The post-election report the GOP conducted for itself after the last presidential race directly addressed both rhetoric and policy on the issue, saying that if Hispanic Americans believed the GOP's nominee simply "does not want them in the United States" then they were not going to listen to their "next sentence" about economic opportunity or anything else. (Not that all Republicans, and especially not the more populist groups and grassroots, take heed of what party leaders want. In many respects primary races most distinctly showcase any standing differences between the two.) In 2012 Republicans lost the Hispanic vote nationwide by a large margin.

The recent Pew poll found that more Americans see immigrants as strengthening the country, though as they and others have noted, there are increasingly distinct partisan splits with Republicans more likely to see a negative impact. This was the case over the last decade, and older CBS News polling done when immigration reform was being discussed during President George W. Bush's administration found much the same.

As with any major issue with divisions, in a fractured nomination field it is difficult to see anyone forging a consensus on this right away -- but then again, nor does any candidate need to do so right away to be, or stay, competitive.