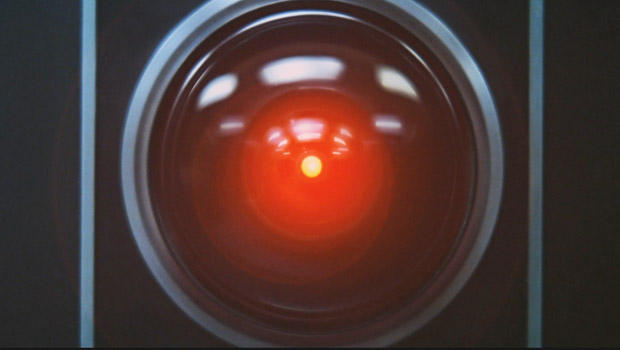 From time to time over the course of 2018, we're looking back at that year of years, 1968.  This morning, Susan Spencer takes note of how 1968 changed popular culture, particularly in the cinema:

Fifty years ago, THIS is what the future looked like:

"The power of what they achieved took the viewers in 1968 on this cosmic joyride that was absolutely convincing," said author Michael Benson.

That "cosmic joyride" was Stanley Kubrick's landmark movie "2001: A Space Odyssey."  The science fiction epic had just opened, and Benson was only six years old: "I clearly remember following my mom down the sidewalk, and saying, 'What did it mean? But what did it mean?'" he laughed.

A half-century later, Benson has tried to answer his own question in his new book, "Space Odyssey: Stanley Kubrick, Arthur C. Clarke and the Making of a Masterpiece" by Michael Benson (Simon & Schuster, a  division of CBS).

"'2001: A Space Odyssey' covers four million years of human evolution," said Benson. "I can't think of any other film that was that ambitious."

The four-million-year stretch begins in prehistoric times, with ape-like actors who have no lines.

Things pick up with the discovery of a mysterious alien monolith. There's a voyage to Jupiter; there's even a homicidal computer named Hal.

After some two-and-a-half-hours, the movie meets its ambiguous end. Spencer said. "I couldn't make head nor tail outta this movie."

"Making head or tail out of something, maybe that's overrated," replied Benson. "If you look at Leonardo's Mona Lisa, do you have to know why she's smiling?"

Film critics certainly were not smiling when they first saw "2001."  Nevertheless, the movie took off because young people loved it. It was the highest-grossing film of 1968.

"So, that's a classic, late '60s generational divide: the over-thirties – people who couldn't be trusted anyway! – didn't get it; and the people under 30 were entranced and amazed," said Benson.

"And that wasn't because most of them were stoned?" asked Spencer.

And in reality, the times were turbulent. The day after the movie's New York City premiere, Dr. Martin Luther King Jr. was assassinated.

"2001: A Space Odyssey," said Benson, "will forever remain one of the great artifacts of late '60s culture. It's just one of those singular moments."

READ AN EXCERPT: "Space Odyssey: Stanley Kubrick, Arthur C. Clarke and the Making of a Masterpiece"