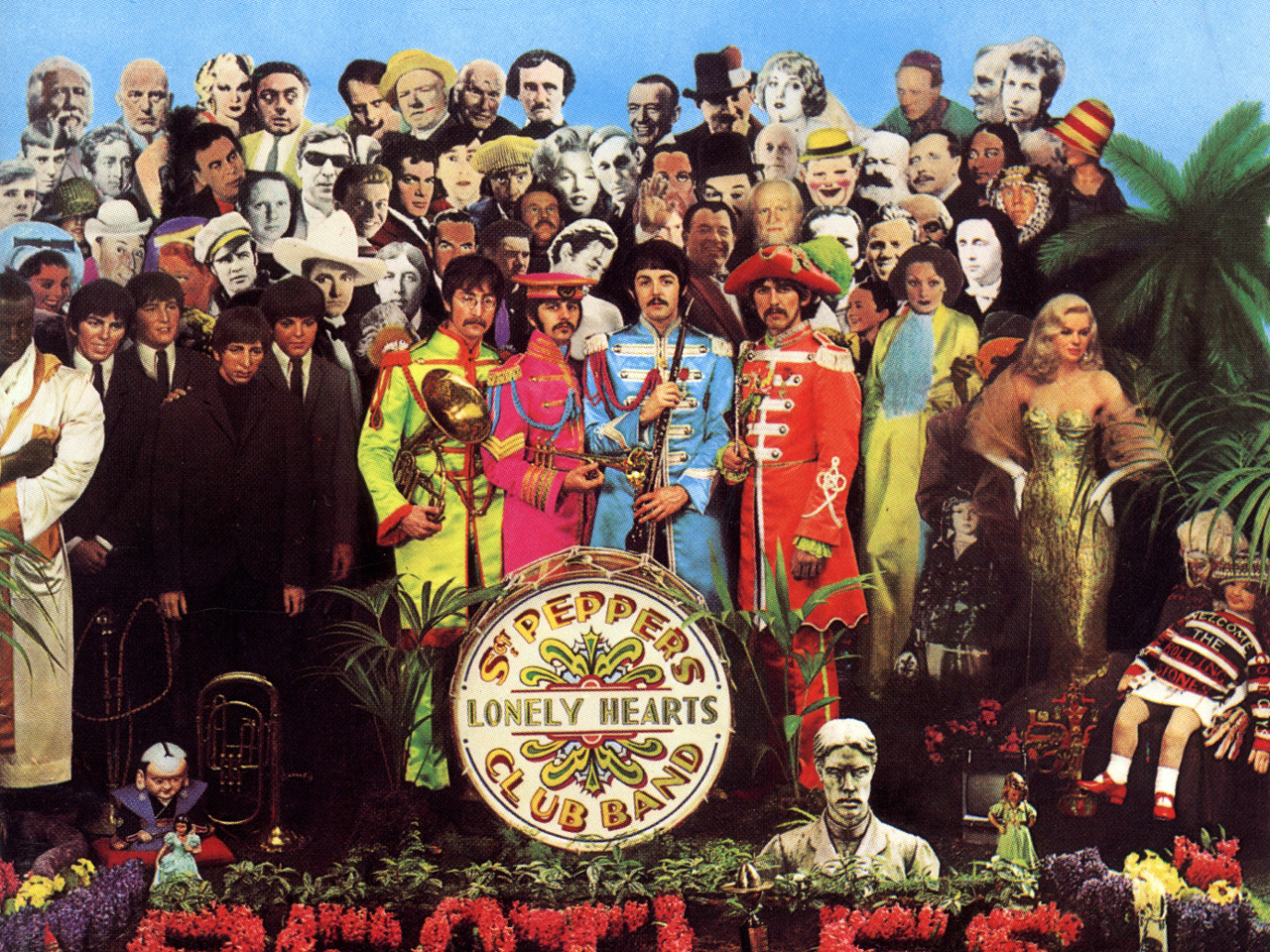 1968 was a year like no other, not least because it was the year The Beatles won four Grammys for an album like no other.
With Mark Phillips this morning, we'll be doing some time traveling:

Right from the first "ka-thump" of stylus hitting vinyl, and into the instrumental run-in to the first track … you knew the world would never be the same.

It was twenty years ago today
Sgt. Pepper taught the band to play…

It was fifty years ago this month, actually, that "Sgt. Pepper's Lonely Hearts Club Band" won four Grammys, including Album of the Year. But the album did more than win awards and set sales records; it divided time, between the world before "Sgt. Pepper" … and the world after.

A band, as Paul McCartney explained back in 1967, that had to retreat to the recording studio to find itself again. "Performance, for us, see, it's gone downhill, performance, because we can't develop when no one can hear us," he said. "So, for us to perform it's difficult. So we're trying to get better with things like recording."

Giles Martin, the son of George Martin (the legendary Beatles producer and the man behind the technological inventiveness that took "Sgt. Pepper" to places pop music had never been), told Phillips, "Like a champagne bottle plopping out of a cork, they were released from Beatlemania. They deliberately pulled themselves out of Beatlemania."

Picture yourself in a boat on a river
With tangerine trees and marmalade skies
Somebody calls you, you answer quite slowly
A girl with kaleidoscope eyes

By the way, the urban legend that "Lucy in the Sky With Diamonds" was code for "LSD" is another one of those Beatles stories that just won't die, even though the official version is that the song was based on a drawing done by John's son.

Philips asked, "Did they know at the time that they had changed rock history?"

"I'm not sure if it was deliberate," Martin replied, "but they wanted to do different things all of the time. You know, they wanted different sounds. They asked my dad, you know, 'How'd you get this sound?' or 'How can we do this?' The conscious decision was, 'We don't wanna be bored by what we're doing.' It wasn't 'How can we change the face of popular music?'"

But that, of course, is exactly what they did. And Giles Martin -- who's become a very successful music producer himself -- has done a highly-praised remix of the album at the surviving Beatles' request. Comparing the old and new versions can be a little 50-years-on fun.

Excerpt: Original version of "Being for the Benefit of Mr. Kite"

Excerpt: Remix of "Being for the Benefit of Mr. Kite"

And 50 years later, the re-mix has also topped the album charts.

"It's like turning back the hands of time 50 years, to coin a phrase. But it actually brings me back to places I'd rather not remember!" Phillips laughed. "But, I prefer the new mix."

Nostalgia aside, part of "Sgt. Pepper"'s enduring appeal may be as much about when it was, as what it was.

"I think people back now on the Summer of Love, 1967, the summer when 'Sgt. Pepper' was number one, and out of every window came 'Sgt. Pepper,'" said Paul Gambaccini, a DJ, author, and walking pop music encyclopedia. "It was unbelievable. Everybody was doing the same thing at the same time. They had to hear this record."

Phillips said, "It came at a period where The Beatles could do no wrong; everything they touched turned to gold. And you can explain it in terms of talent, certainly, but it also had a kind of cultural momentum."

"The amusing thing is that although most people acclaimed it, at the moment of its release, The New York Times critic Richard Goldstein panned it," said Gambaccini.

[Hated it, as in "There is nothing beautiful on 'Sergeant Pepper.' Nothing is real and there is nothing to get hung about … an album of special effects, dazzling but ultimately fraudulent."]

Goldstein ("Did I get it wrong? I think so!") now recants.

He told Phillips, "What I didn't pick up was where it was leading music. That decision to take music and blast all the framework that pop music had been encased in like a very tight girdle and just let it flow freely was incredibly influential on the counter-culture, and on the whole history of music."

Nothing flowed more freely than that endless final chord:

From "A Day in the Life"

Sitting at the console and getting to play with the most famous chord in rock 'n roll history doesn't happen often. Phillips said, "There's just so much more in the new one. So much more …"

And like its final chord, "Sgt. Pepper," it seems, goes on forever.