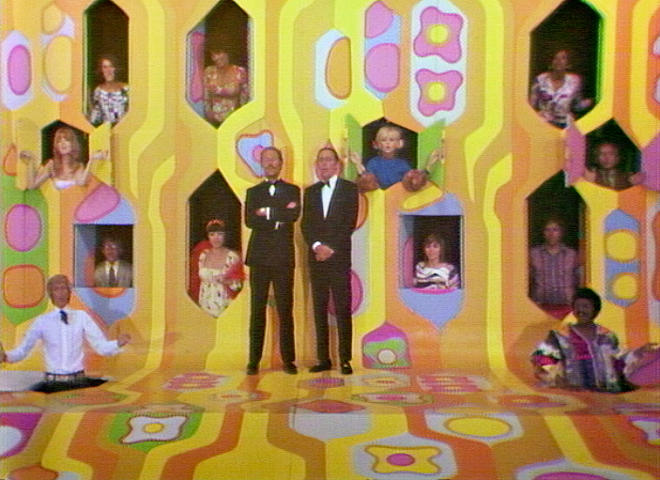 From time to time over the course of 2018, we're looking back at that year of years, 1968. This morning, Susan Spencer takes note of how 1968 changed popular culture, in this case television:

"I hear Governor Reagan say if he were ever elected president he would bring peace to the world ... Seems like a terrible price to pay!"

Executive producer George Schlatter told Spencer, "We had this group of people, they were young character people that didn't have really a niche to go into."

Schlatter gave them one, launching "Laugh-In" as a weekly show in 1968.

"Why was it such a perfect fit for the time?" asked Spencer.

"The National Rifle Association said today that anyone who would sell guns to minors and unstable people should be shot!"

To NBC's shock, the show took off.  Among its celebrated alumni: Lily Tomlin, who joined "Laugh-In" in 1969 … and she had misgivings.

"All the kids were stars," Tomlin said, "and I just thought, 'Well, I'll just get lost in the shuffle.'"

"But you must've thought you could bring something to the mix?" asked Spencer.

"I didn't know how much I was bringing, or I would've asked for more money!"

"Where did the snort come from?" Spencer asked.

"I began to realize how sexually repressed she was," Tomlin laughed. "Threatening people all the time, that little petty power. As I worked on her, her face got all distorted. Her legs were just wrapped all around."

Ernestine's question ("Have I reached the party to whom I am speaking?") was among "Laugh-In"'s most famous catch-phrases, like "You bet your bippy!" But nothing topped the most famous of all: "Sock it to me." Republican presidential candidate Richard Nixon appeared on the show and took a turn at the phrase. ("Sock it to me?")

Tomlin said, "People used to say to me, '"Laugh-In" was the only show that my mom and dad and all of us kids could sit around and watch together. When 'Laugh-In' went off the air, my parents got divorced!'"

America lived with the show for six silly seasons. "Laugh-In" certainly got the last laugh.