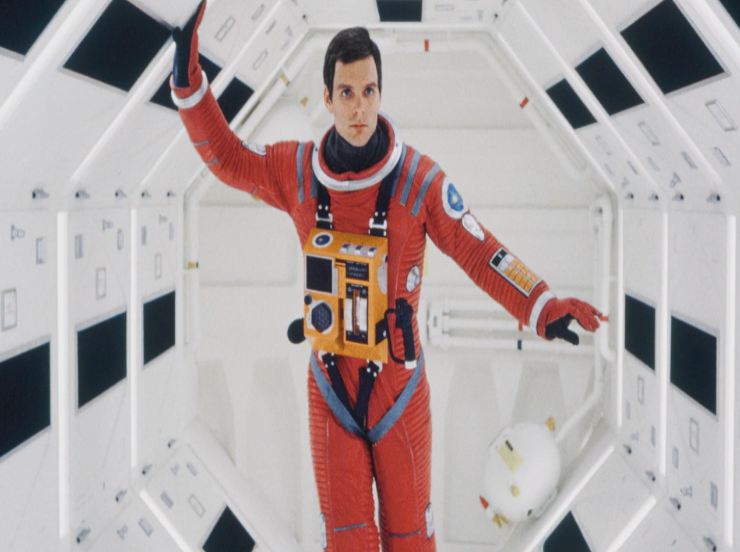 The movie "2001: A Space Odyssey" took a giant leap of imagination into the future. It became a defining film of the 1960s and maybe the greatest science fiction movie of all time.

A new limited-edition book called "The Making of Stanley Kubrick's '2oo1: A Space Odyssey'" tells how the film was made and how accurate its vision turned out to be, CBS senior foreign correspondent Mark Phillips reports.

From the perspective of the mid-1960s, space travel meant leisurely runs between Earth and the moon.

Real spaceflight turned out to be a little different from the idealized version predicted in the 1968 movie - fewer cabin attendants for one thing.

But the exquisite celestial dance of "2001"'s ships, conceived and filmed well before man actually went to the moon, turned out to look a lot like the real thing, especially compared to the industry standard from the "Buck Rogers" days.

Fifty years after he began the project with science fiction writer Arthur C. Clarke, the Kubrick estate, still centered on the family home outside of London, is commemorating that anniversary.

It's hard to describe what the commemorative project is, except to say that it's big and it's heavy.

"Inside are the mysteries of how the movie was made," said Piers Bizony, author of the project.

The package contains production notes and many of the iconic still frames from the groundbreaking movie.

"Arthur and Stanley both thought it's a shame that anything that has to do with science fiction is like pornography," said Christiane Kubrick, Stanley's widow. "It's cheap, it's silly, everything's stupid. Film after film after film of the slime and little green men."

The film was about aliens in another way; about the search for the civilization that left a monolithic calling card with the ancestors of the human race, and about how those ancestors developed. The cut from primitive bone tool to the spaceship is still celebrated as one of the great transitions in film history.

But most memorably, it's about technology out of control in the form of HAL, the homicidal computer.

And some of the technology shown in the film has actually become real.

"In the 1960's, the idea of having a briefcase that you could talk to people around the world or watch TV on would have been astonishing," Bizony said. "This is an integrated laptop computer system."

The film's closing sequence became a cultural "what's it all mean" touchstone of the psychedelic 60s. But for your $750 price tag, the book published by TASCHEN doesn't solve that riddle either. It, like the movie, endures.

"2001" was the future that never really happened. Just as well, then, that we'll always have the movie.