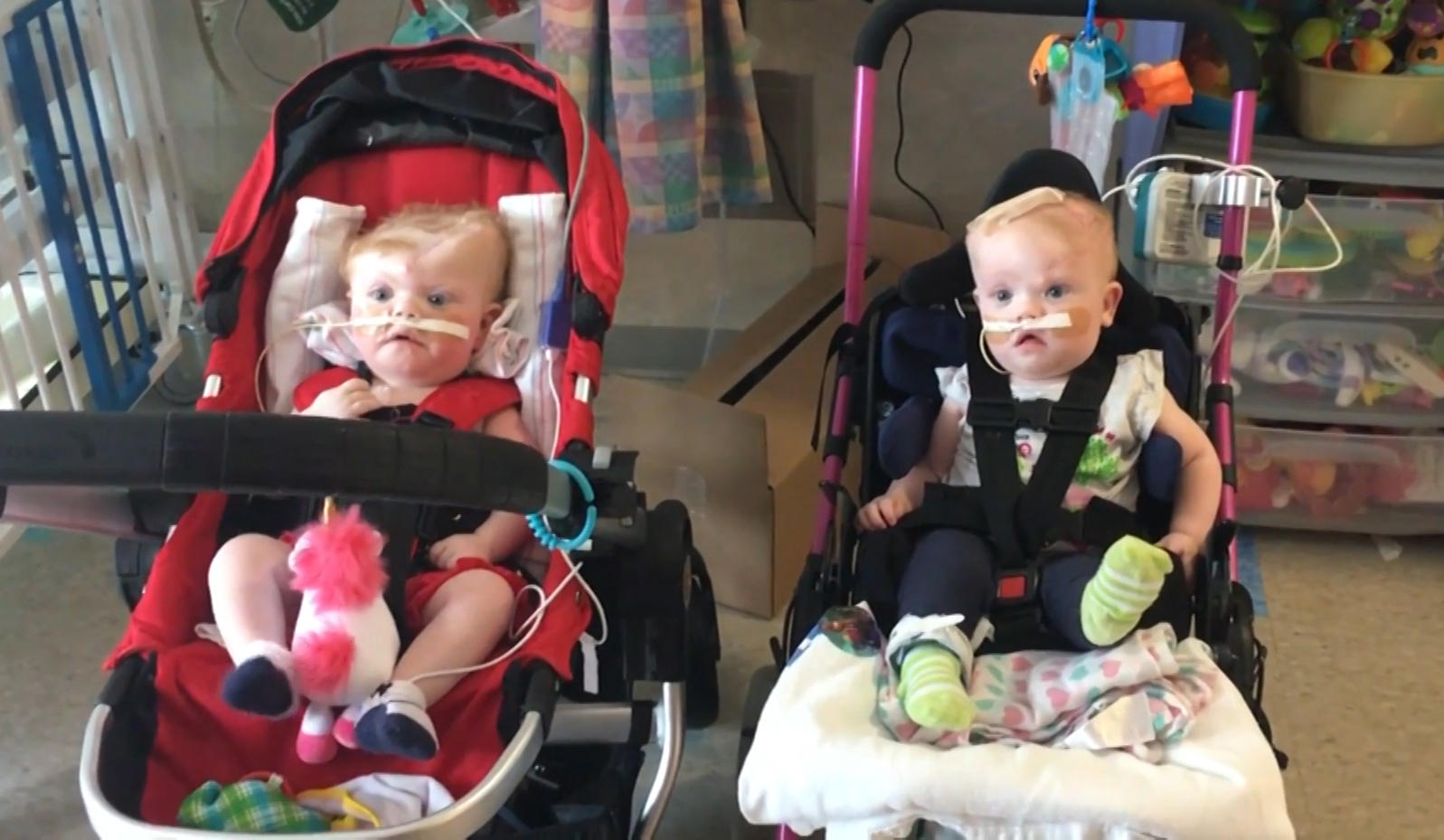 It's been four months since Abby and Erin Delaney were separated. Doctors at Children's Hospital of Philadelphia (CHOP) say the 15-month-old formerly conjoined twins are doing well but they will need more reconstructive surgery on their skulls, CBS Philadelphia reports.

Neurosurgeon Dr. Greg Heuer, a member of the surgical team who's been involved in their care from the beginning, told CBS News the girls' progress is "amazing."

"I just saw them the other day," he said. "I was shocked at how good they are doing." He says they're now able to sit up and say "da-da."

While the twins have made great strides, their medical saga is not yet over.

"They still have some future surgeries, a lot of it has to do with rebuilding the skull and that can be dangerous. We worry about infection," Heuer said.

Their parents, Heather and Riley, came to CHOP from their home in North Carolina during the pregnancy, as soon as they learned she was carrying twins conjoined at the head.

"When the girls were born, they were two pounds, one ounce a piece," Heather said. "So, they were able to fit in my shirt and do skin-to-skin with them. So they've grown a lot."

Before the surgery, there were months of detailed planning. Doctors knew it was risky. There was a chance they could lose both babies.

Part of the planning involved using tissue expanders to slowly stretch skin that would be needed once the girls were separated.

In June, the twins were finally ready for the separation surgery, with a final goodbye from their parents.

The surgery lasted for 11 hours. After they were separated, there was suddenly a complication with Abby, who had a lot of bleeding.

It was a difficult post-surgical talk with the parents.

"I was really close to losing her," Dr. Heuer explained in a hospital interview. "I worried about her brain swelling."

There were some scary days, but Abby survived.

Now, Heather can finally play dress-up with her two girls. "They're such happy, content little girls for what they've gone through," she said. "They've never lived outside hospital walls and they're still happy."

Erin has been discharged but Abby remains hospitalized. The family is hoping to be able to go home together for Thanksgiving.