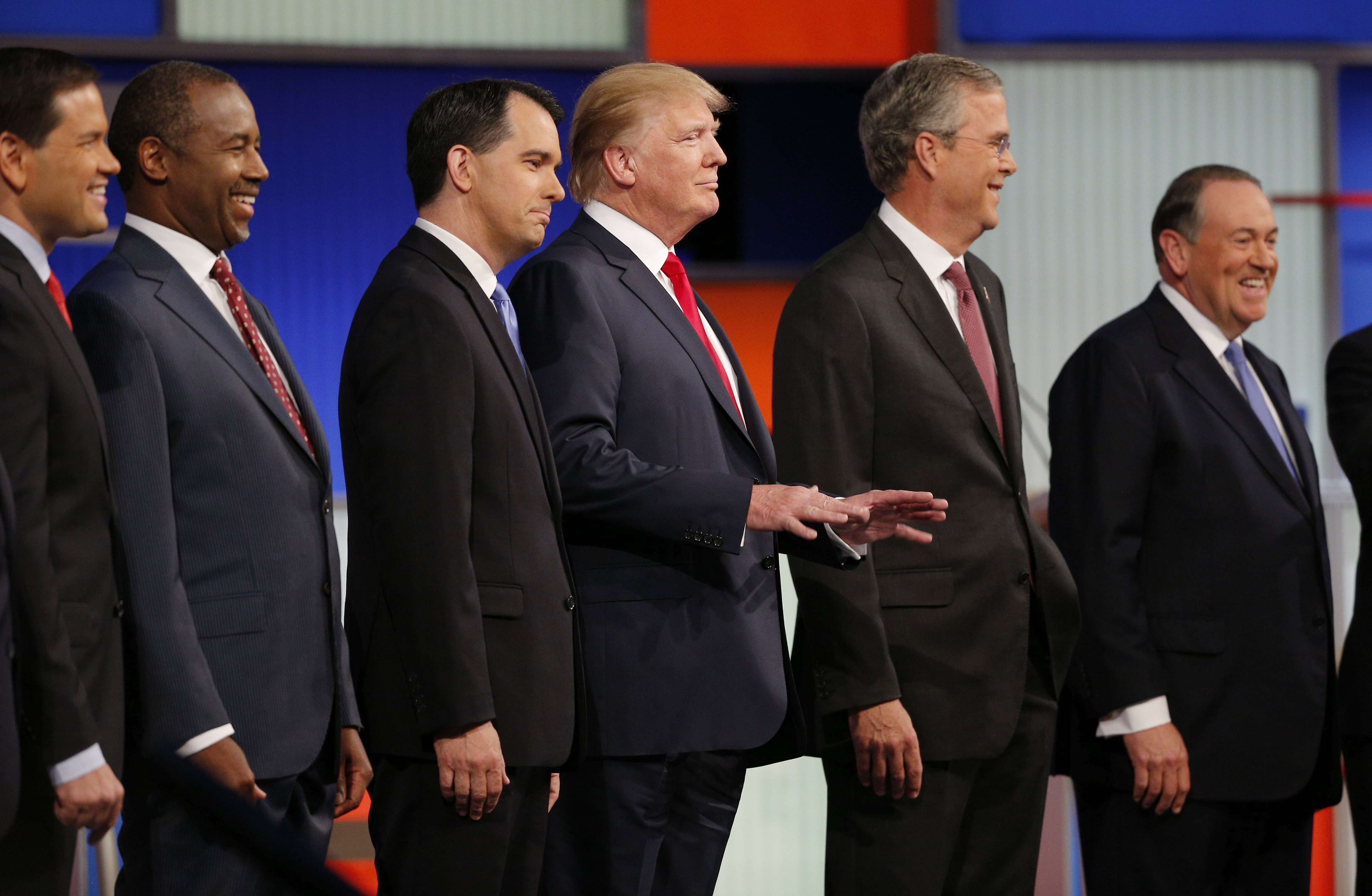 Senators Rand Paul and Ted Cruz may well believe they'll be able to get their message across on stage, but they now have some insurance, just in case.

Both Republican candidates participating in the top-tierGOP debate Wednesday night, have purchased advertising time on CNN during the debate.

Paul's ad, called "Real Conservative," will run in Iowa, New Hampshire, South Carolina and Nevada on CNN during breaks in the debate. In the ad, Paul addresses the camera directly and promises to shrink government by cutting taxes and spending, to impose term limits and to implement a flat tax. Although "Real Conservative" doesn't mention Donald Trump, some Republicans have suggested he is not a real conservative. Here's Paul's ad, below:

Unlike Paul, Cruz does not appear in his ad, "Scorpion," which warns about the threat of ISIS - represented as "a scorpion in the desert." The ad goes on to say, "For most of us, its venom is a clear and deadly threat." And then, without identifying the president, it continues, "But others refuse to even speak its name. Since the scorpion seeks our destruction, isn't it time we recognize the scorpion for what it is before it strikes again?''

This is Cruz's ad:

The text of "Scorpion" pays homage to a famous Ronald Reagan ad called "The Bear," in which the bear represented the Cold War threat of the Soviet Union.

The Cruz ad will air in Iowa, New Hampshire, South Carolina and Nevada during the debate, and also on Fox News Channel during post-debate coverage in early states. The Cruz campaign says the ad buy is $33,000.

Cruz and Paul may be right to worry about equitable talk time. On the debate stage, they do not control the questions, and who knows how many questions they'll answer or how long they'll get to speak? In the last debate, frontrunner Donald Trump spoke more than any of the other candidates - 11:14 minutes - compared to 6:46 for Cruz and 5:28 for Paul, according to the New York Times' count.

Another factor is audience - Trump and Cruz are likely to reach large and attentive audience Wednesday night. The first GOP debate, hosted by Fox News, was the most-watched cable news event, with 24 million viewers. CNN is also banking on big ratings numbers for its debate Wednesday - the cable network is reportedly charging up to $200,000 for ad time - 40 times its usual rate - for ads during the debate.