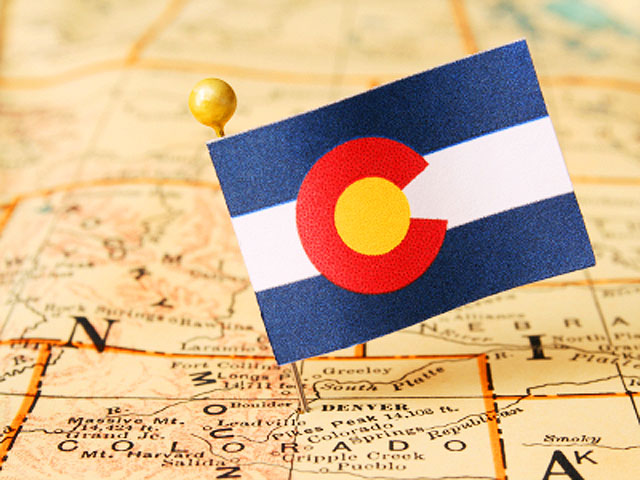 DENVER -- When the general election campaign began in earnest last spring, Colorado was among the swing states that looked most promising for President Obama.

As his strategists worried quietly about keeping blue-collar whites in places like Ohio and Iowa in his column, they took comfort from demographic shifts over the years that have put traditionally Republican-leaning Colorado in play.

But while both sides agree that Obama has a slight edge over Mitt Romney in this state where the two men will hold their first debate Wednesday night, Colorado appears -- for now, at least -- to be more competitive than many of the swing states that have recently moved more clearly in the president's direction.

Four years ago, Obama won Colorado by 9 percent over John McCain, but the incumbent currently leads Romney by just 3.1 percent in the RCP polling average.

Colorado's unemployment rate of 8.2 percent is slightly higher than the national average of 8.1 percent, but according to observers of state politics, there is no single reason why the president's advantage here is less strong than it is in those other battlegrounds.

Some say the Centennial State's shift to the left in 2008 may simply not have had the staying power Democrats hoped would be the case.

"The history of this state is very much Republican-leaning," said Colorado political strategist Eric Sondermann. "If it's purple, it's on the reddish side of purple, as opposed to the bluish side of purple."

Before 2008, Colorado had voted for only one Democratic presidential candidate since 1968 (Bill Clinton in 1992).

"You're basically split evenly between Democrats, Republicans and unaffiliated, so it's hard to get any major margin," said a senior Colorado operative working for the Obama campaign. "2008 was a great year but a little bit of an anomaly. That lead really didn't blow open even here until after the Lehman Brothers collapse."

The Romney campaign says that its polling indicates Jefferson and Arapahoe counties --two key swing jurisdictions surrounding Denver -- are starting to break their way, but the former Massachusetts governor has spent a significant amount of time and effort shoring up his conservative base far from the state's capital.

In an interview, Romney Political Director Rich Beeson (himself a Colorado native) spun the dynamic in each of the state's counties with the familiarity and relish of a proud father listing his children's accomplishments.

And he said that Romney was wise to focus on those Republican strongholds scattered around the state. "We got a lot of grief very early on, I remember, for our locations of events and rallies," he said. "You know, 'Why is he going to the Western Slope? Why is he going to Colorado Springs? Why isn't he going to Denver more?' We knew we would be in Denver plenty, and yet, if you look at our numbers out on the Western Slope and down in the San Luis Valley, out in the Eastern Plains, we are outperforming McCain by a very significant margin."

Other than the economic concerns that have prevailed among voters nationwide, there is no Colorado-specific issue that has taken a central role here in the way coal has carried the discourse in Ohio or Medicare has held sway in Florida.

Like Romney, Obama has focused largely on energizing his base -- a process that has been more difficult than it was four years ago.

In two separate trips last month, he visited the state's major university towns of Boulder and Fort Collins, and his advertising campaign has homed in relentlessly on women and Hispanics.

Obama's strategy in large part mimics the one Michael Bennett successfully orchestrated in his 2010 Senate race, when he sung to the Democratic base while portraying Republican challenger Ken Buck as a right-wing extremist.

"The president has basically played identity politics here as much as anything," said Denver-based pollster Floyd Ciruli. "Reproductive rights for women, loans for students, deportation for the Hispanic community. If Romney has had an issue, it's gas and oil, but Obama just sort of says the mantra of 'all of the above' and moves on. He doesn't want to engage on that."

Among Colorado's Hispanics, who make up more than 20 percent of the population, most recent public polls have shown Obama matching or exceeding his 2008 margin over John McCain (61 percent to 38 percent). But an ARG poll released last month suggested that Obama hasn't sealed the deal with this key demographic, as his lead among state Latinos was measured at 53 percent to 38 percent.

Beeson said that he had no "magic number" for how well Romney had to do with Hispanics in order to win the state, but he is confident the gap will narrow.

"When Hispanic unemployment is 11.4 percent, I think you will see them as a community say, 'Can we afford four more years of Barack Obama?' " he said.

With few undecided Coloradans remaining, both sides have been hard at work in registering voters ahead of the Oct. 9 deadline to do so.

Though Election Day is still over a month away, the time frame for Romney to make his move here is compressed, as it is in many other states. About 70 percent of Colorado votes are expected to be cast via mail-in ballots, which will be sent out on Oct. 15; about 90 percent of those ballots are expected back before Election Day.