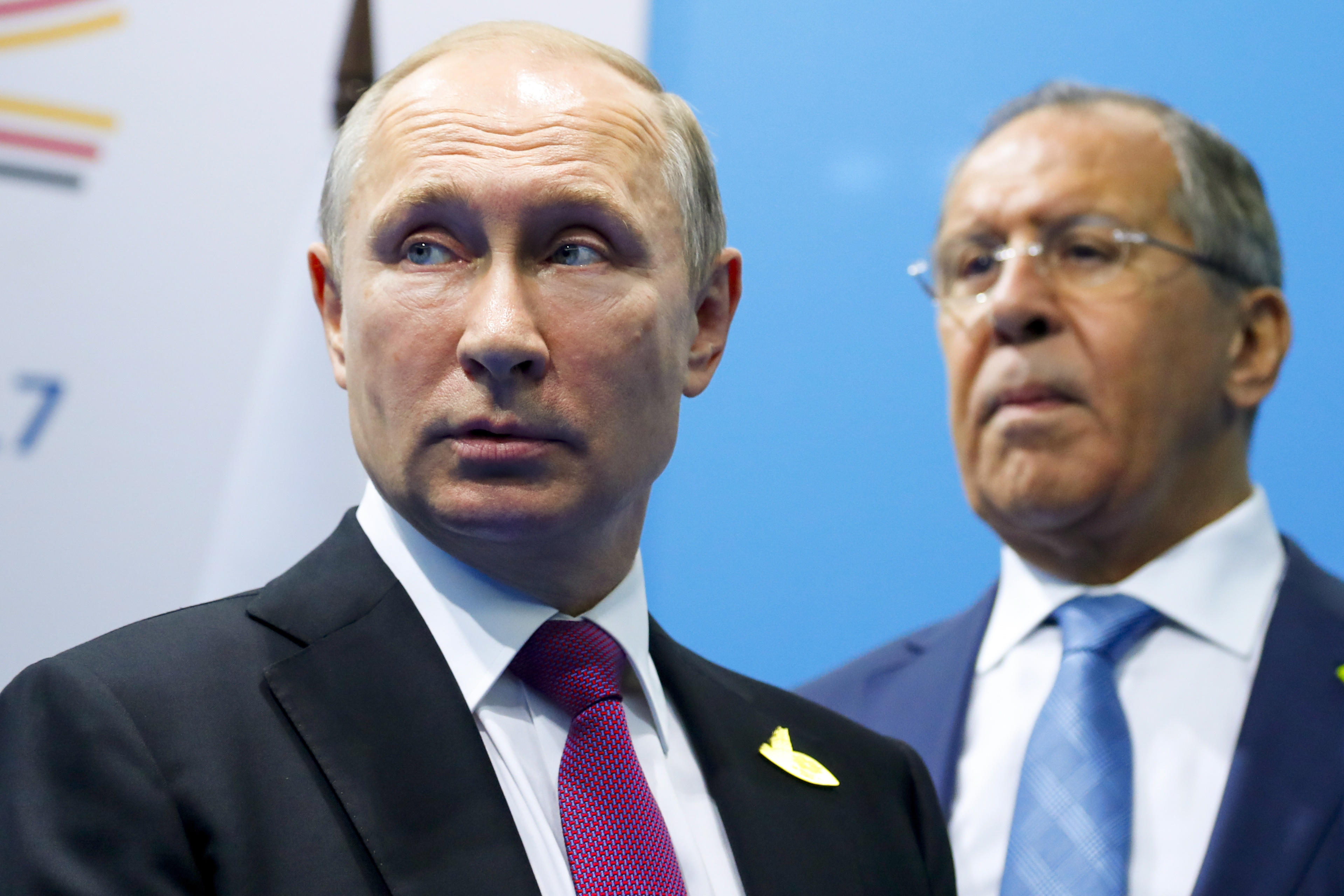 Russian President Vladimir Putin says the U.S. will have to cut its diplomatic staff in Russia by 755 under new sanctions from Moscow.

Russia's Foreign Ministry on Friday ordered a reduction by Sept. 1 in the number of U.S. diplomats in Russia. It said it is ordering the U.S. Embassy to reduce the number of embassy and consular employees in the country to 455 in response to the U.S. Senate's approval of a new package of sanctions.

"We had hoped that the situation will somehow change, but apparently if it changes, it won't be soon," Putin said in an interview televised on Rossiya 1, explaining why Moscow decided to retaliate. "I thought it was the time to show that we're not going to leave it without an answer."

It was not clear how many reassignments that would mean from the Moscow embassy and the three U.S. consulates in Russia.

Putin said in the interview that he ordered the move because he "thought it was the time to show that we're not going to leave that without an answer."

Putin said more than 1,000 people are currently employed at the Moscow embassy and three U.S. consulates in Russia. They include both Americans and Russians hired to work in the diplomatic offices.

The White House has offered no comment on the demanded staff cut, and instead referred all questions for comment to the State Department.

CBS News' Margaret Brennan reports that a White House official confirmed President Trump is expected to sign the Russia sanctions legislation early this week, but has not yet received the official bill on his desk. In a statement late Friday, the White House said that Mr. Trump had "read early drafts of the bill and negotiated regarding critical elements of it." Having read the latest version, the White House said Mr. Trump intends to sign it.

The bill also imposes sanctions against Iran and North Korea.

The Senate passed the bill Thursday, 98-2, two days after the House pushed the measure through by an overwhelming margin, 419-3. Both were veto-proof numbers. But the White House had objected to a key section of the bill that would mandate a congressional review if Mr. Trump attempted to ease or end the sanctions against Moscow.

The bill had somewhat put Mr. Trump in a corner, since the congressional review had been put in the bill due to a weariness from both sides of the aisle about Mr. Trump and Putin.

The legislation is aimed at punishing Moscow for interfering in the 2016 presidential election and for its military aggression in Ukraine and Syria, where the Kremlin has backed President Bashar Assad.

Putin said in his Sunday announcement that the new sanctions would cause damage to the Russia-U.S relationship.

Asked about the potential for additional sanctions against Washington, Putin described the reduction in diplomatic staff as "painful" and said he currently opposes further measures.

"We certainly have something to respond with and restrict those areas of joint cooperation that will be painful for the American side but I don't think we need to do it," he said, adding that such steps could also harm Russian interests.

Putin mentioned space and energy as the main areas where Russia and the United States have successfully pursued projects together.

Russia is open to cooperating with the U.S. on various issues including terrorism and cybercrime but instead it "only hears unfounded accusations of meddling in U.S. domestic affairs," the Russian leader said.

Along with the cap on the size of its diplomatic corps in Russia, the Russian foreign ministry on Friday said it also was closing down a U.S. recreational retreat on the outskirts of Moscow as well as warehouse facilities

The diplomatic tit-for-tat started under former U.S. President Barack Obama. In response to reports of Russian meddling in the 2016 presidential election, Obama ordered the expulsion of 35 Russian diplomats and shut down two Russian recreational retreats in the U.S.