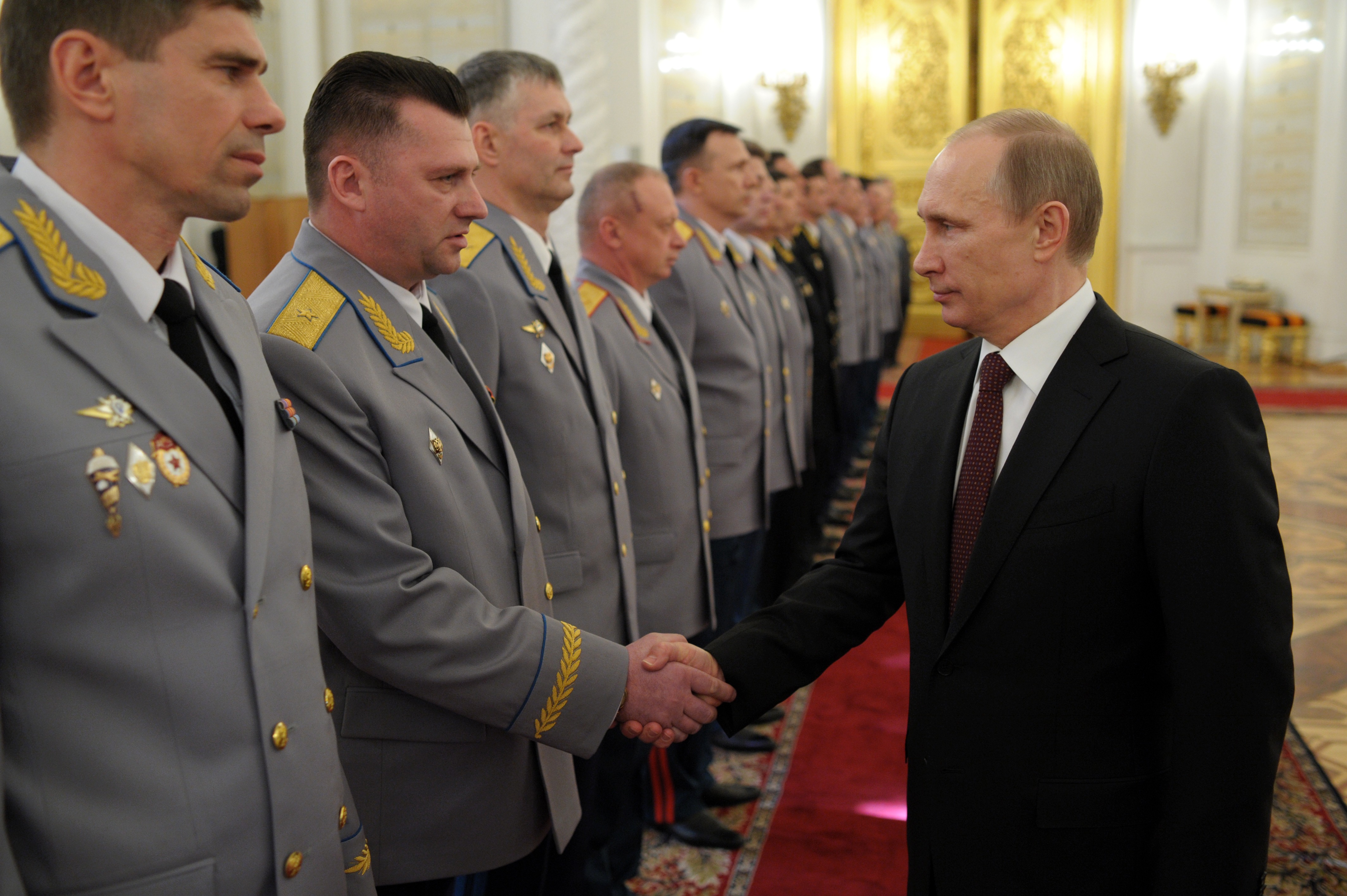 As Russian forces continue to mass on the Ukraine border, Russian President Vladimir Putin put in a call to President Obama late Friday evening in Riyadh, where Obama is visiting, a White House official tells CBS News. They spoke for an hour -- with translators -- and Obama was at his Riyadh hotel room during the conversation.

The official emphasizes they did not discuss any new proposal on Ukraine. The conversation centered on what was previously referred to as the "off ramp," the call for Russia to allow international observers and open direct talks with the Ukraine government.

The White House later issued a statement on the conversation:

"President Obama underscored to President Putin that the United States continues to support a diplomatic path in close consultation with the Government of Ukraine and in support of the Ukrainian people with the aim of de-escalation of the crisis. President Obama made clear that this remains possible only if Russia pulls back its troops and does not take any steps to further violate Ukraine's territorial integrity and sovereignty. President Obama reiterated that the United States has strongly opposed the actions that Russia has already taken to violate Ukraine's sovereignty and territorial integrity."

Meanwhile, U.S. intelligence now estimates the Russian troop buildup near the Ukraine border at 40,000 to 50,000, according to CBS News correspondent David Martin.

The increase is due to the continued arrival of logistical units - for instance, field hospitals - that would be needed to sustain operations. The intent of the buildup is still not known but the Russians have assembled "all the elements of combat power" needed to invade, according to officials.

Analysts have come up with four potential scenarios that could unfold, Martin reports. First, the Russians could cut all the way across Ukraine to the pro-Russian enclave of Transdniester in Moldova; second, they could try to take Kiev; third, they could take the predominantly Russian-speaking cities of southeastern Ukraine; and finally, they could take the cities necessary to establish a land corridor to Crimea.

Russia has the forces to execute any of these scenarios, Martin reports, and they are ready to go with little or no notice. As with all buildups, a military force can only sustain a peak level of readiness for so long before it starts to decay - the old "use it or lose it" syndrome. They could use it by invading, conducting an exercise or standing down.

The Russian buildup is taking place 30 to 120 kilometers back from the border. If the Russians go into Ukraine, Martin expects news of any invasion would come from people on the ground, which is the way it happened in Crimea.

The U.S. president add that Putin is "misreading the West" with regards to Ukraine.