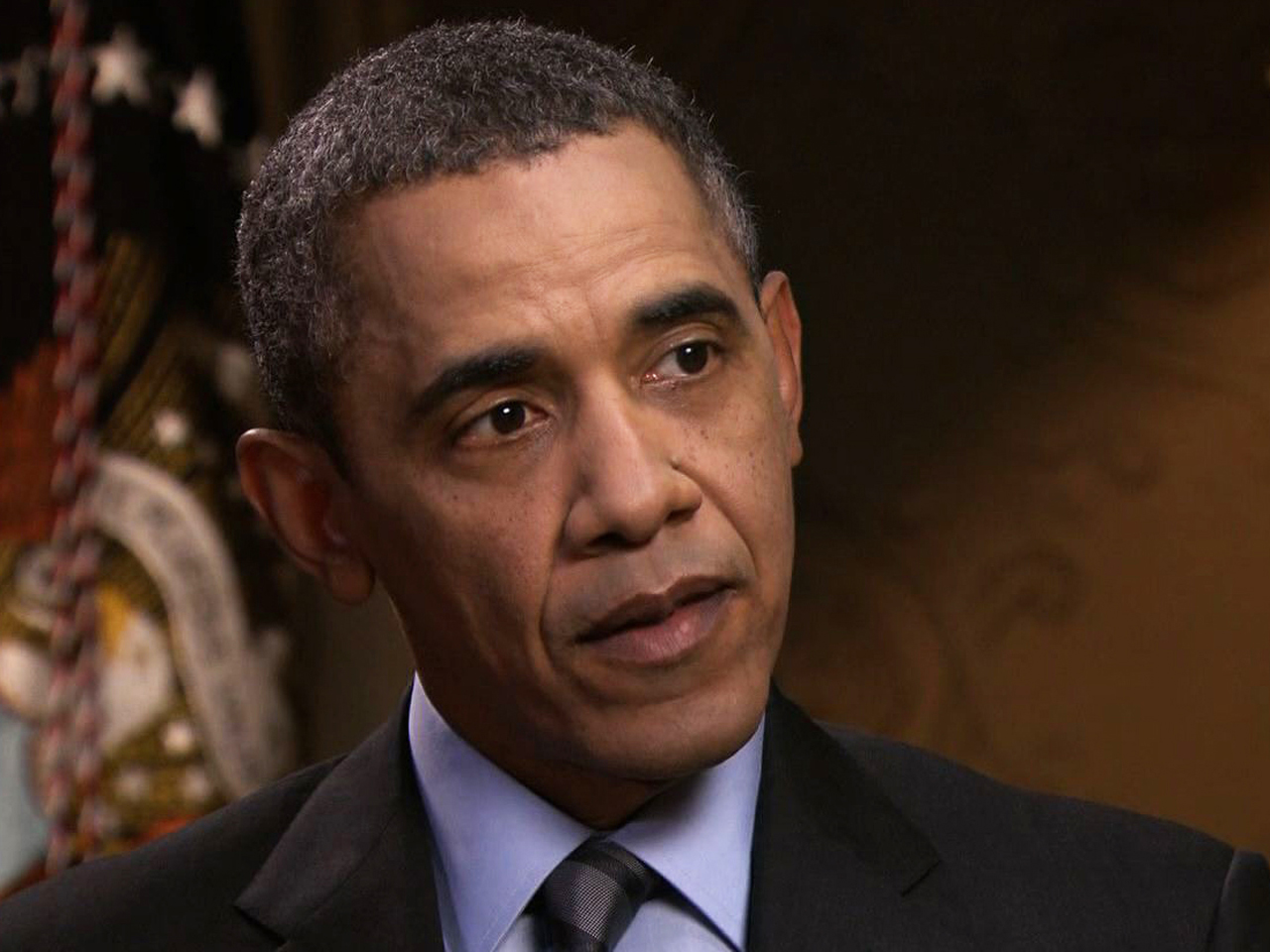 "You would have thought that after a couple of decades that there'd be an awareness on the part of any Russian leader that the path forward is not to revert back to the kinds of practices that, you know, were so prevalent during the Cold War but, in fact, to move forward with further integration with the world economy and to be a responsible international citizen."

Mr. Obama said Putin considers the breakup of the Soviet Union to be "tragic."

"There's a strong sense of Russian nationalism and a sense that somehow the West has taken advantage of Russia in the past and that he wants to, in some fashion, reverse that or make up for that.

He continued, "And it is true that we reject the notion that there is a sphere of influence along the Russian border that then justifies Russia invading other countries. Certainly they're going to have influence because of trade and tradition and language and heritage with Ukraine. Everybody acknowledges that. But there's a difference between that and sending in troops, and because you're bigger and stronger taking a piece of the country - that is not how international law and international norms are observed in the 21st century."

Asked about the North Atlantic Treaty Organization's response and whether NATO is a hollowed-out force, Mr. Obama made the point that it is up to all of the NATO allies to contribute, including Germany, Britain and others, in order to have a credible force as a counterweight against Putin's Russia, according to Pelley.

Mr. Obama wouldn't be specific about what the U.S. would do if Russia pushed further into Ukraine, but he did say that there would be more economic sanctions brought to bear, not just by the U.S. but by the world community.

The latest CBS News poll shows that 46 percent of Americans disapprove of the way President Obama is handling the Ukraine situation, compared with 38 percent who approve.

Fifty-six percent of American approve of the sanctions leveled against Russia by the U.S. and other European countries, but 65 percent don't think the U.S. should provide military aid and weapons to Ukraine.

In addition, 57 percent of Americans think the situation in Crimea is beyond the control of the U.S.

However, Pelley noted on "CBS This Morning" that broad international condemnation of Russia's invasion of Crimea has buoyed the presidents hopes of resolving the conflict.

"On Thursday, a vote at the United Nations and 100 countries to 11 voted in favor of a resolution that condemned the invasion of Crimea, so the president really feels he has the backing of the rest of the world, and he hopes that these economic sanctions will be enough to deter Putin."

After leaving Russia, McDonald's to reopen in Ukraine