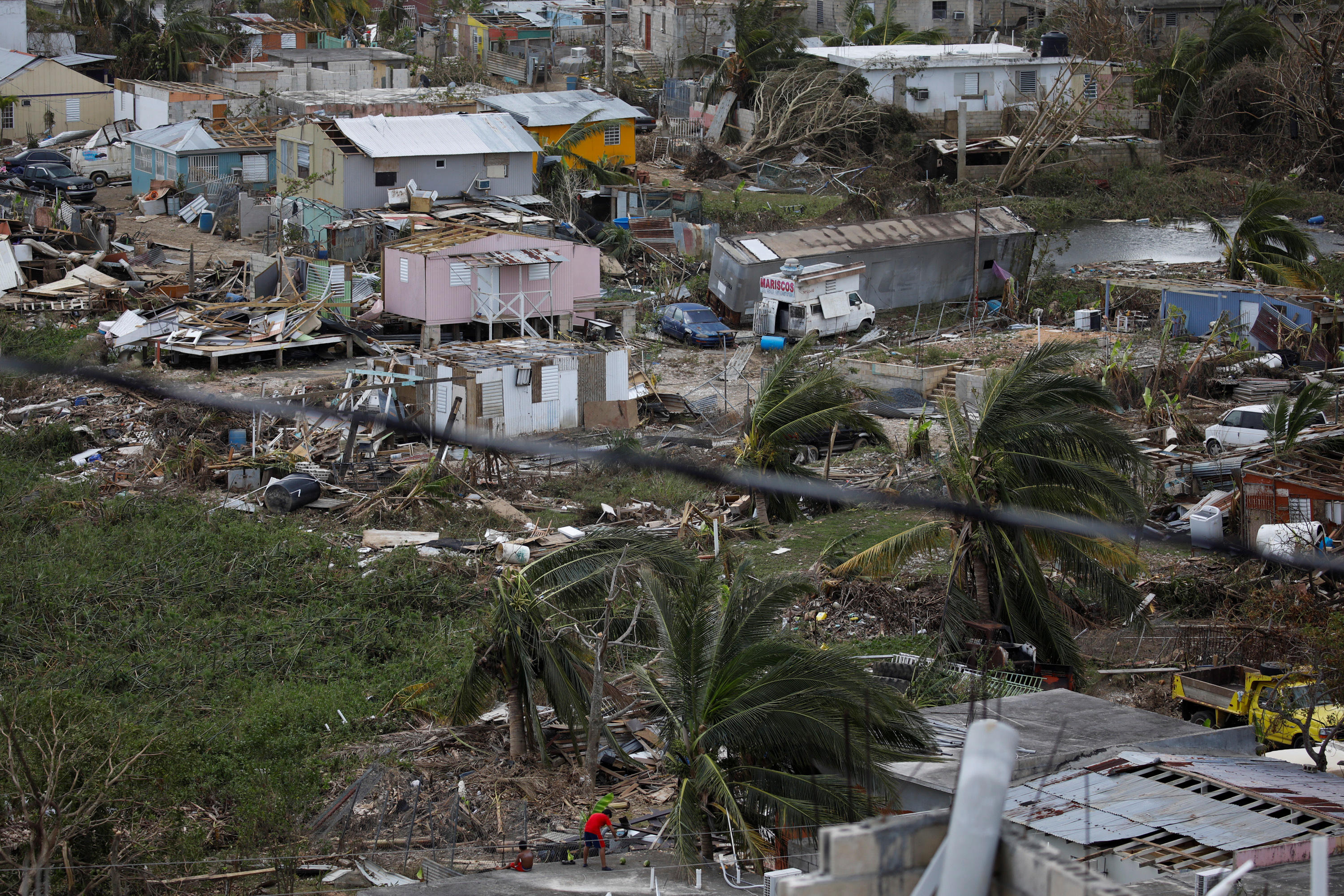 Puerto Rico is pleading for help six days after Hurricane Maria hit the island with a vengeance. Food, water, gasoline and electricity are are all needed desperately by the island's nearly 3.5 million residents.

"I know that leaders aren't supposed to cry, and especially not on TV, but we are having a humanitarian crisis here," Mayor Cruz told CBS News.

Now, some survivors are facing a second brush with death.

Like other hospitals on the island, the Maestro has no power. A generator powers lights on two floors and there is no air conditioning.

Jesus Garcessoto's cancer took a turn for the worse the same day Maria hit. His wife, Lyssette, described the difficulty.

"I try to help him you know in the nighttime … trying to open the doors, open the windows. It's not easy," she said.

About half the island has no water, and there are excruciating waits for essentials. While FEMA says it has the supplies it needs -- with more aid arriving -- there are huge challenges to deliver it.

"Because we are an island, there's no trucks or roads that we can bring commodities," De La Campa said. "So, everything had to be brought. We need to bring in everything via airplane or barge."

But Cruz says it's coming in too slowly. She told CBS News that FEMA asked her Monday to write a memo requesting what she needed.

"I don't have the freaking energy to write a memo," Cruz said. "I'm out there saving lives. So we need to get our [expletive] together and help needs to get into people's hands now. Not tomorrow. Not later. Now."

The U.S. naval ship Comfort is headed for Puerto Rico, which contains a military hospital – but won't arrive for days. Puerto Ricans, meantime, flock to service centers where they can find Wi-Fi, which is their only connection on an island without power.

On Tuesday, President Trump defended the federal response and said Puerto Rico's governor personally thanked him for it.

"Everybody has said it's amazing the job we have done in Puerto Rico," Mr. Trump said. "We're very proud of it."

But the president, who says he will visit Puerto Rico next Tuesday, was noticeably silent about the worsening devastation, CBS News' Margaret Brennan reports.

On Monday night, Mr. Trump sent his first tweets on the crisis to point out that before the storms, Puerto Rico was "already suffering from broken infrastructure and massive debt."

"He insists that relief and recovery efforts are 'doing well' or 'doing great' sometimes with no relation to the facts on the ground as if this is a public relations campaign," Schumer said.

"We do not have a true culture of preparedness in this country and we have got a lot of work to do," Long said.