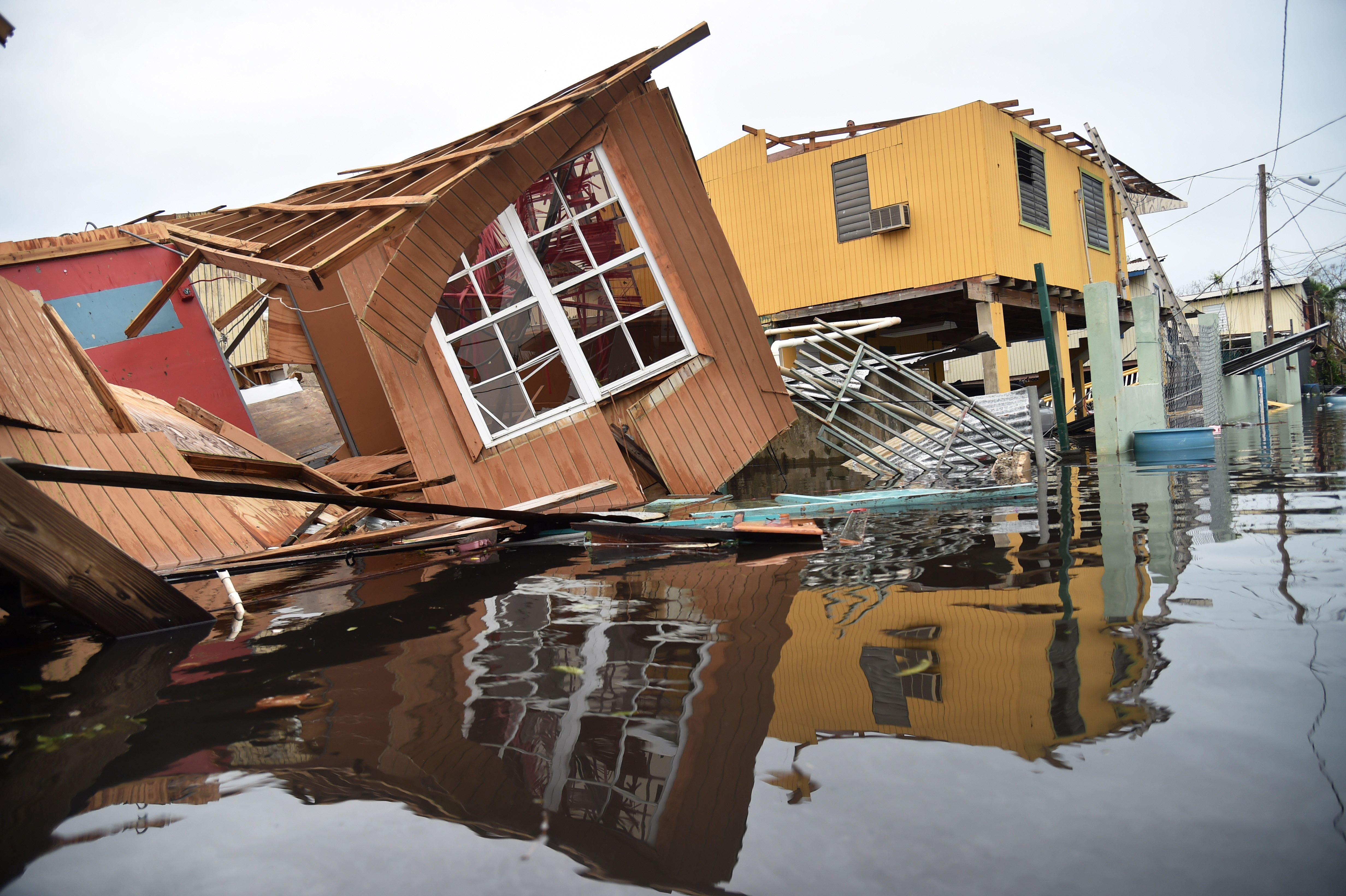 Officials are calling the devastation in Puerto Rico a humanitarian disaster. Six days after Hurricane Maria hit, millions are struggling for basic necessities like adequate food, water, fuel and electricity. Eighty percent of the island's transmission lines are down, and power may not be restored for more than a month.

In a series of tweets Monday night, President Trump said the U.S. territory's old electrical grid was "devastated." He also appeared critical of the island's financial problems, tweeting they owed "billions of dollars to Wall Street and the banks which, sadly, must be dealt with."

FEMA has sent out over 10,000 federal forces to work around the clock, reports CBS News' David Begnaud.

Supplies are coming in slowly from the U.S. mainland to help millions still struggling across the island.

FEMA administrator Brock Long said at a press conference, "We've got a lot work to do. It's the worst hurricane Puerto Rico has seen."

Governor Ricardo Rosselló traveled with the National Guard to deliver a satellite phone to the mayor of San Sebastian. Satellite phones are critical in allowing senior government officials to communicate with local leaders in some of the hardest-hit areas.

"Two Category 5 hurricanes passing through an island is unprecedented and therefore the response needs to be unprecedented," Rosselló said.

Only a handful of flights are trickling out of Puerto Rico's main airport. Desperate travelers crowded the ticket counters hoping to get on one of the few flights leaving for the states.

"Why can't food and water be sent there right now, I mean there are babies who are naked in strollers their parents are fanning them," Begnaud asked Rosselló.

"Because of your reporting that I saw last night, I ordered food and snacks to be delivered to the airport today," he replied.

"Ok I hear you, but it's not getting to them," Begnaud said.

"I understand and that's why immediately I'm taking action and I will as soon as we finish the interview I will make sure that water it's on its way and food is on its way," Rosselló said.

He kept his word. Food and snacks arrived within an hour, but he worries about the lasting effects if Washington doesn't pass a financial aid package soon.