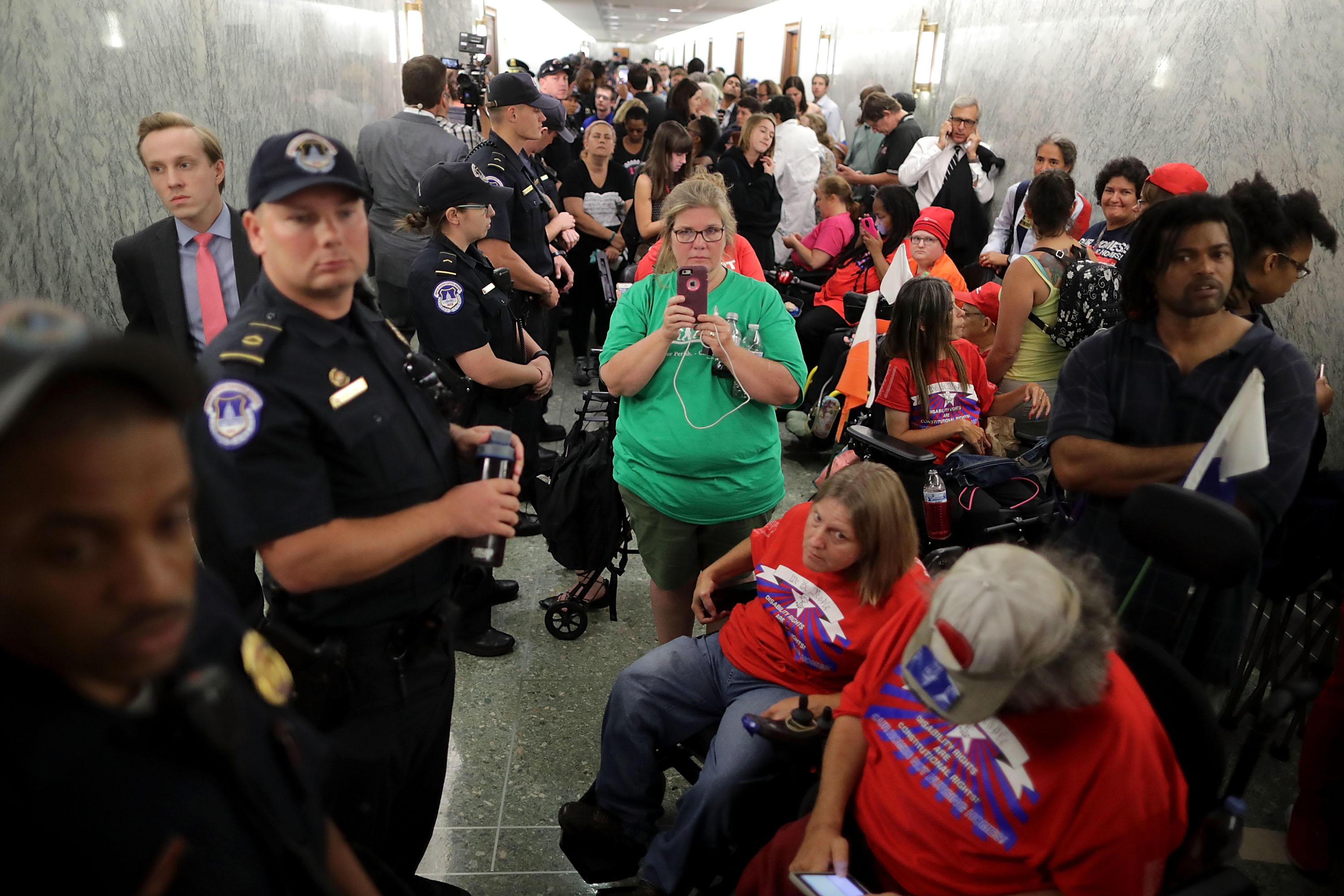 Protesters have caused a disturbance at a congressional hearing on the Graham-Cassidy health care bill, with many shouting at lawmakers not to change their existing health care coverage.

On Monday, protesters, disability rights groups and health care advocates lined the hallways of the Capitol building ahead of the Senate Finance Committee hearing, in the hopes of securing a seat inside the chamber.  Bill co-sponsor Sen. Lindsey Graham, R-South Carolina and Senator Mazie Hirono, D-Hawaii, are testifying on the panel.

"If you can't be in order then get the heck out of here," warned Hatch.

Echoes of "Save our Medicare" and "Health care is a human right!" were audible from outside the halls as lawmakers continued to speak during the hearing and activists, including several who were wheelchair bound, were dragged out of the chamber.

Hatch warned further, "if this hearing is going to devolve into a sideshow or a forum simply for putting partisan points on the board, there's absolutely no reason for us to be here," calling for a "civil discussion" and "spirited debate" on health care.

According to a CBS News poll, over half of Americans -- 52 percent -- disapprove of the Graham-Cassidy health care bill, and only 20 percent of those polled said they approved of the Republican legislation aimed at repealing and replacing the Affordable Care Act, which was signed into law by Barack Obama.