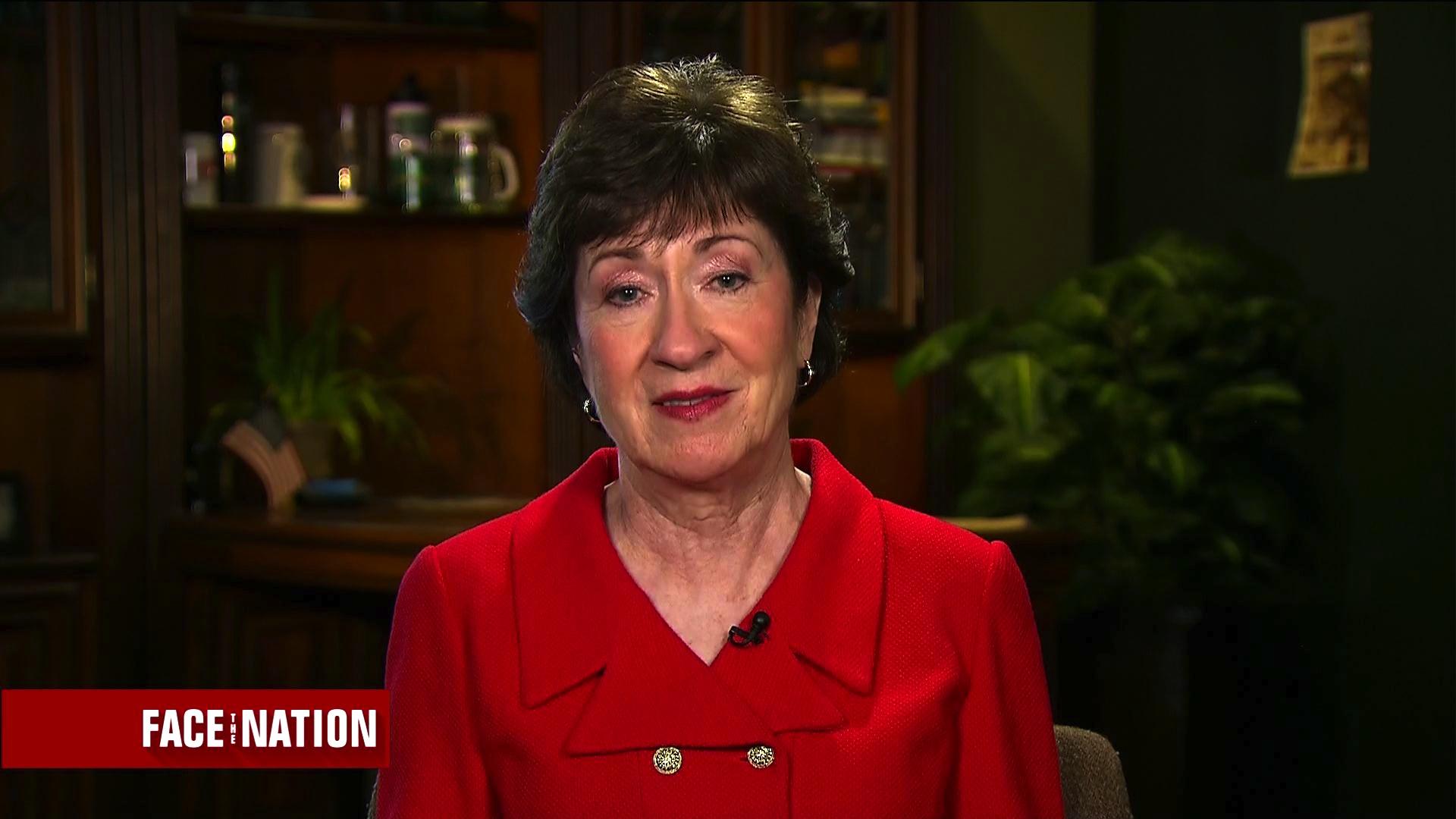 Sen. Susan Collins, R-Maine, said on CBS News' "Face the Nation" Sunday that it is hard for her to envision voting "yes" on the proposed Graham-Cassidy health care bill, adding to the growing list of lawmakers casting doubt on Senate Republicans' second shot at repealing and replacing the Affordable Care Act.

"CBO's analysis in the past has been very helpful to me in evaluating bills such as the previous bills that I opposed. And that's why I'd like to see it," Collins said Sunday.

She added, "The problem is, CBO may have a very difficult time analyzing the bill because it still seems to be a moving target, even over the weekend. The sponsors were making changes in it, and I think that's part of the problem."

Collins, who previously provided one of the three deciding "no" votes during the last round of health care debate, joining her Republican colleagues Lisa Murkowski of Alaska and John McCain of Arizona, said that she has three major concerns with the current bill, including its impact on Medicaid, protections for those with pre-existing conditions, and the bill's impact on premium costs and the exact number of those covered.

"I hope that we can pass a bill this week that will be bipartisan, help stabilize the markets, help reduce the premiums under the leaderships of Senator Lamar Alexander and Patty Murray and those of us who are working hard toward that goal."

The senator also questioned the lack of extensive hearings surrounding the ongoing health care debate, and called for more Democratic perspectives to come to the table.

"When we're dealing with a sixth of our economy and millions of people, you can't do sound health insurance policy this way. You need to have extensive hearings. The Democrats must come to the table. And that's what we should be doing," said Collins.

She added, "I think that the Senate Health Committee's done a great job having four substantive hearings. We ought to proceed down that route and do a series of bills that fixes the current law, which does have a lot of flaws."

While the final text of the bill appears to still be fluid, lawmakers are set to vote on some form of the Graham-Cassidy measure on Wednesday.