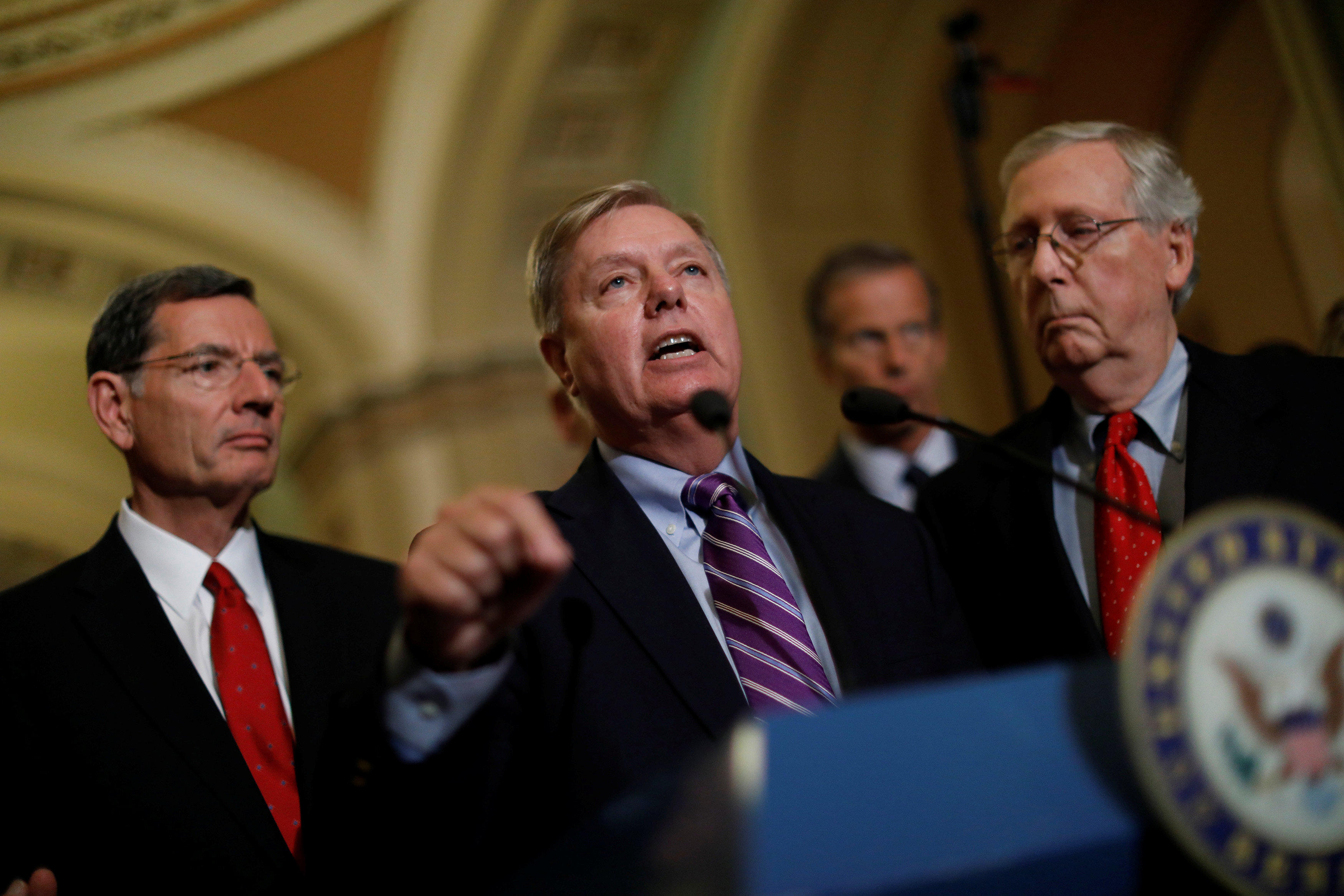 Most Americans -- 52 percent -- disapprove of the Graham-Cassidy health care bill, according to a CBS News Poll conducted between Sept. 21 and 24.

Only 20 percent of those polled said they approved of the Republican legislation aimed at repealing and replacing the Affordable Care Act signed into law by President Obama.

Overall, more than a quarter of those surveyed by CBS News declined to give an opinion of the GOP bill, but those who did express an opinion said they disapproved by more than two to one.

Fewer than half (46 percent) of Republicans said they approved of the Graham-Cassidy bill, which is expected to come up for a vote in Congress on Wednesday. Only 18 percent of independents approved, and just two percent of Democrats gave it their backing.

A plurality of Americans says Republicans in Congress are moving too fast to try to pass the bill.

Many Americans -- 42 percent of those polled -- said they thought Republicans were moving too fast to try and pass the Graham-Cassidy bill, including an overwhelming majority of Democrats and 39 percent of independents.

Forty percent of Republican respondents, however, said they feel the effort is moving too slowly.

Most people want the Affordable Care Act to be improved, not repealed. Three in four said the law should either be kept in place (9 percent) or that it has some good things in it but needs some changes (65 percent).

One in four said it has so much wrong with it that it should be repealed and replaced entirely. Nearly half of Republicans were of this view, indicating partisan divisions still run deep on this issue. However, about as many Republicans said there were some good things in the law and only changes are needed.

Most people said they placed a higher priority on health care than tax reform as an issue for Congress and the president to tackle. Overall, 74 percent prioritized health care policy, and only 23 percent tax reform.

The desire for tax reform was greater among Republicans and independents, but even among these groups, the majority prioritized health care policy.

The data have been weighted to reflect U.S. Census figures on demographic variables. The sample included additional interviews conducted with African Americans, who had previously completed a survey as part of a random sample. The combined African American and non-African American samples were weighted separately to match their group's population characteristics such as gender, age, education, region, marital status and phone use based on recent U.S. Census estimates. The samples were then combined and weighted to the total U.S. adult population.